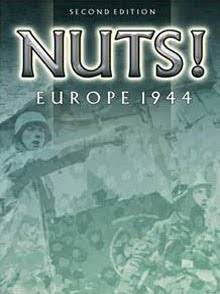 Ordered Nuts! version 2 as a digital download today. Look rather interesting set of Skirmish rules. Cant print off though as out of ink !! aarrgghh ! I hate online reading..................
Posted by Sgt Steiner No comments:

400pt Dbmm game using latest draft (dated 6th April) versus Stephen using my Khazars again against his T'Ang. Game pretty much decided at deployment with T'Ang placing a large wooded hill in centre and Khazars having to deploy first. Poor Pips by Khazars made a bad situation worse and their left flank of KnF collapsed under a mass of ArtO and BxX firing and were outflanked and broken. CIC Command never got above 3 Pips until last turn. Right flank Cmd had decent Pips but a long way to go to change flanks. 25-0. 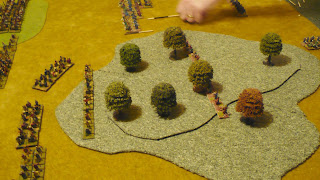 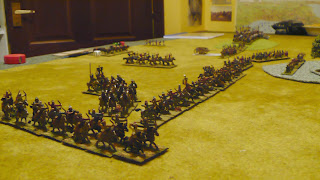 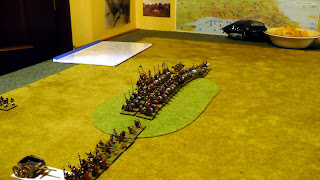 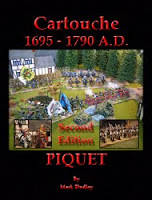 Off in England at brothers for few days and upon my return Piquet Cartouche II has arrived. Excellent ! more rule reading in store.............the addiction continues..............
Posted by Sgt Steiner 2 comments: