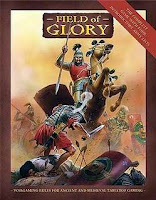 Have had a very busy few weeks with little or no gaming (gggrrrrrr) and so pleased to squeeze a game of Field Of Glory in today at Stephens using my Maurikian Byzantines (with Khazar Allies) against his T'ang Chinese.
We both wanted to try cavalry and 'shooty' types with proposed version 2 changes.
Certainly a different game than our Punic type encounters but again we both felt FOG is better for the changes and for us a more desirable alternative option to DBMM.
We still feel DBMM is in many ways a more exciting and varied game but FOG much easier to learn and play.
Nice to have option to use either with same toys.
In today's game terrain fairly buggered my Byzantines with it mainly falling in a straight line in my table half. This channeled my mounted units pretty badly.
T'ang shooting proved effective overall (just about every unit had bows) especially as I failed several death rolls with 4 base cavalry on the dread yet predictable 1 !!

Post script: I only realised after the game that version 2 is out to download for my iPad and so have made a purchase in lieu of new printed version (which I hope and believe is in works) but not had time to give it read through as yet


Byzantines deploy behind the terrain 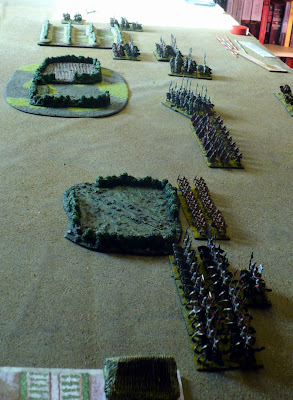 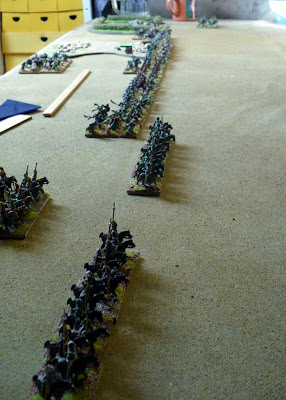 Byzantines being channeled by rough going

Skutatoi with Line cavalry in support 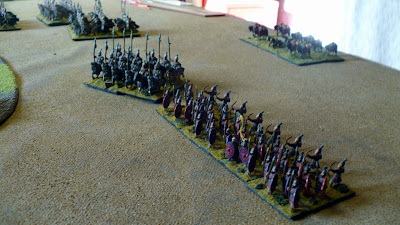 Similar situation at other end of T'ang line

Getting to grips on my right (the only open area) 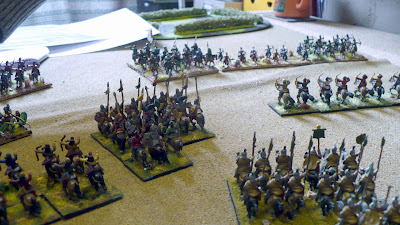 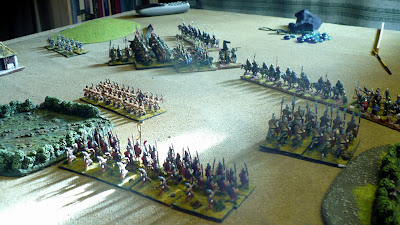 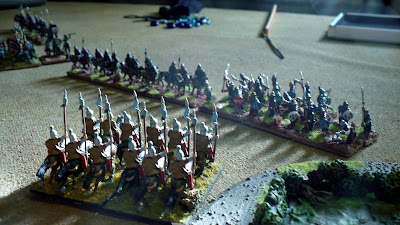 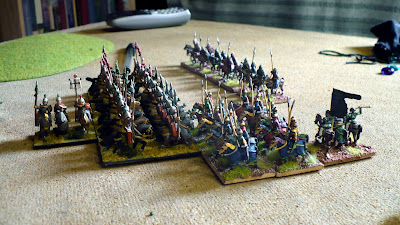 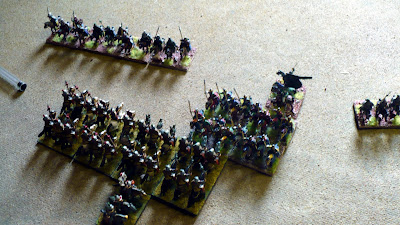 Byzantine and Khazars getting worst of it in center 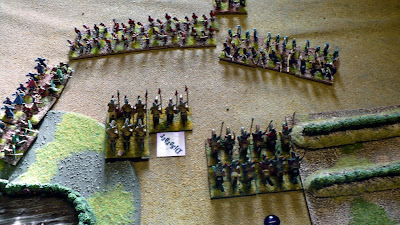 Things hotting up on right 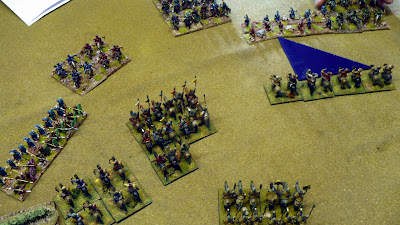