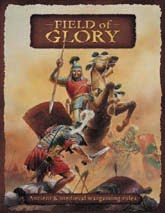 Played another FOG game with Stephen using my Romans vs Parthians
He had 9 BGs of 4 LH Bowmen 3 of LF and 3 BG of Cataphracts
He won initiative and of course went for steppe so generating a vast open plain (the terrain setup rules combined with deployment are really awful)
LH highly manouvrable (they really whizz around flanks etc) and shooting can be effective enmass, but not any real use in melee. Roman HF have torrid time trying to get into contact with skirmishers (a game of 'chasies' with my HF and Cav vs all the lights).
In fact Romans would have been better served forming a defensive 'square' as just out classed in open play by Parthians. But what sort of game would that be if Parthians decided not to attack !!??
Systems once again very easy to use and we have most general Factors/POAs etc learnt. Very few rules queries (ZOI and Interception Charges) and resolved easily once relevant rule tracked down.
Long game taking awhile to resolve combats.
I still miss the Inertia/Commands/Deployment/Stratagems etc of Dbmm but FOG definately easier to play and more competition friendly.
Hard decision coming up about which set to concentrate on this year with view to attending a UK competition (Britcon ?)
Posted by Sgt Steiner No comments: 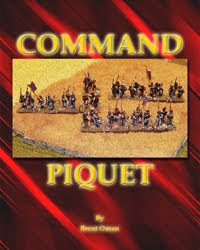 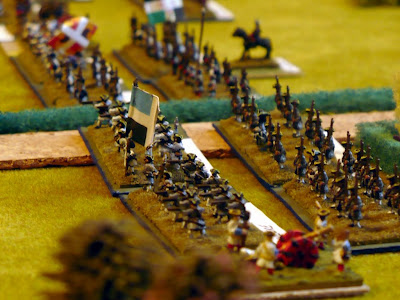 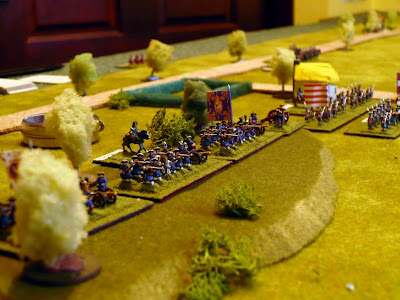 The French line of battle 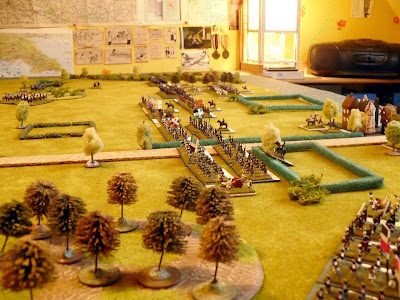 View from behind Austrian lines 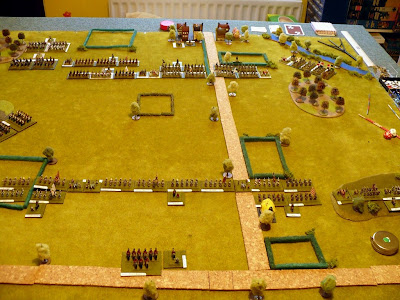 Interesting game with me conducting an out-flank with 2 Cav units but coming acropper as my other Cav died on the quite tough Offensive Spear Islamic foot (my whole centre succumbed).
Terrain placement usual arnitary affair.
After some rustiness (we almost forgot about death rolls !) the rules flowed easily.
Shooting by Byz ineffective, one really needs to acheive a concentration of shooting units to have any meaningful effect.
An enjoyable enough game (if still lacking the buzz/excitement of Dbmm) but I still struggle with the tactics of the system. Certainly the mechanics are straighforward and easily learnt/remembered.
Posted by Sgt Steiner No comments:

Played 400pt DBR game with Stephen for a change

I used my TYW Catholic Imperialist and Stephen his Ottoman Turks

I had great terrain (big hill centrally) upon which I deployed 2 ArtO in breastworks flanked by Pk/Sh with Pistols & LH on wings...........................BUT......................through a very specific combo of dice rolls Stephen was able to conduct a night attack on my static force. He had 6 turnns of fast moves during Dusk followed by 30+ moves at night.
A mistake in my deployment (no pickets deployed) allowed him to basically surround my entire army and assault it at daybreak before a single Imperialist had moved !