Brian started of with his army organized for a FOG game :-)
So after a bit of jiggling about a Macedonian array was formed.
I did not manage a single QK on Pikes with any of my Bd and the KnF Wedges are mean as they NEVER count overlaps against any of my troops.

Registration, I am in there somewhere ! 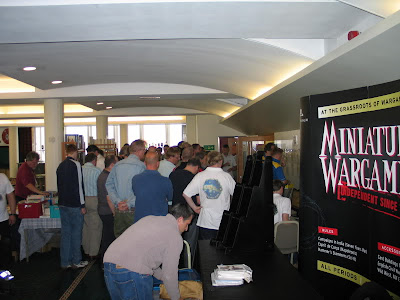