First up was a scenario from White Star Rising 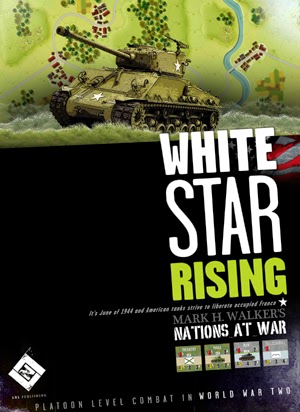 Scenario from the Cobra expansion had US forces attacking to capture a town from Germans.
This one went to the wire with Germans just managing to hold one of the four town objective hexes for a narrow win.
US failing to activate either of its two formations in penultimate turn was main factor. 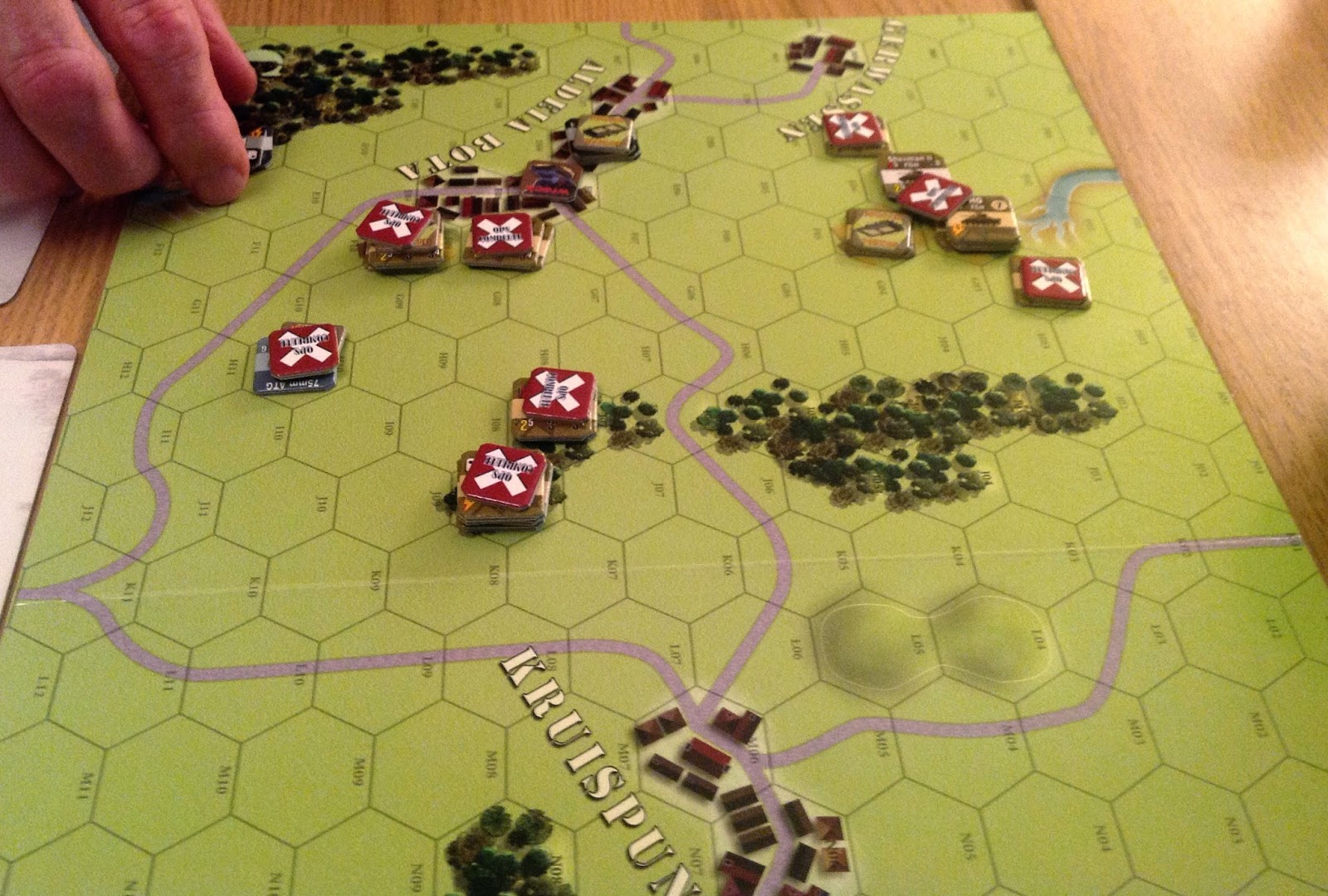 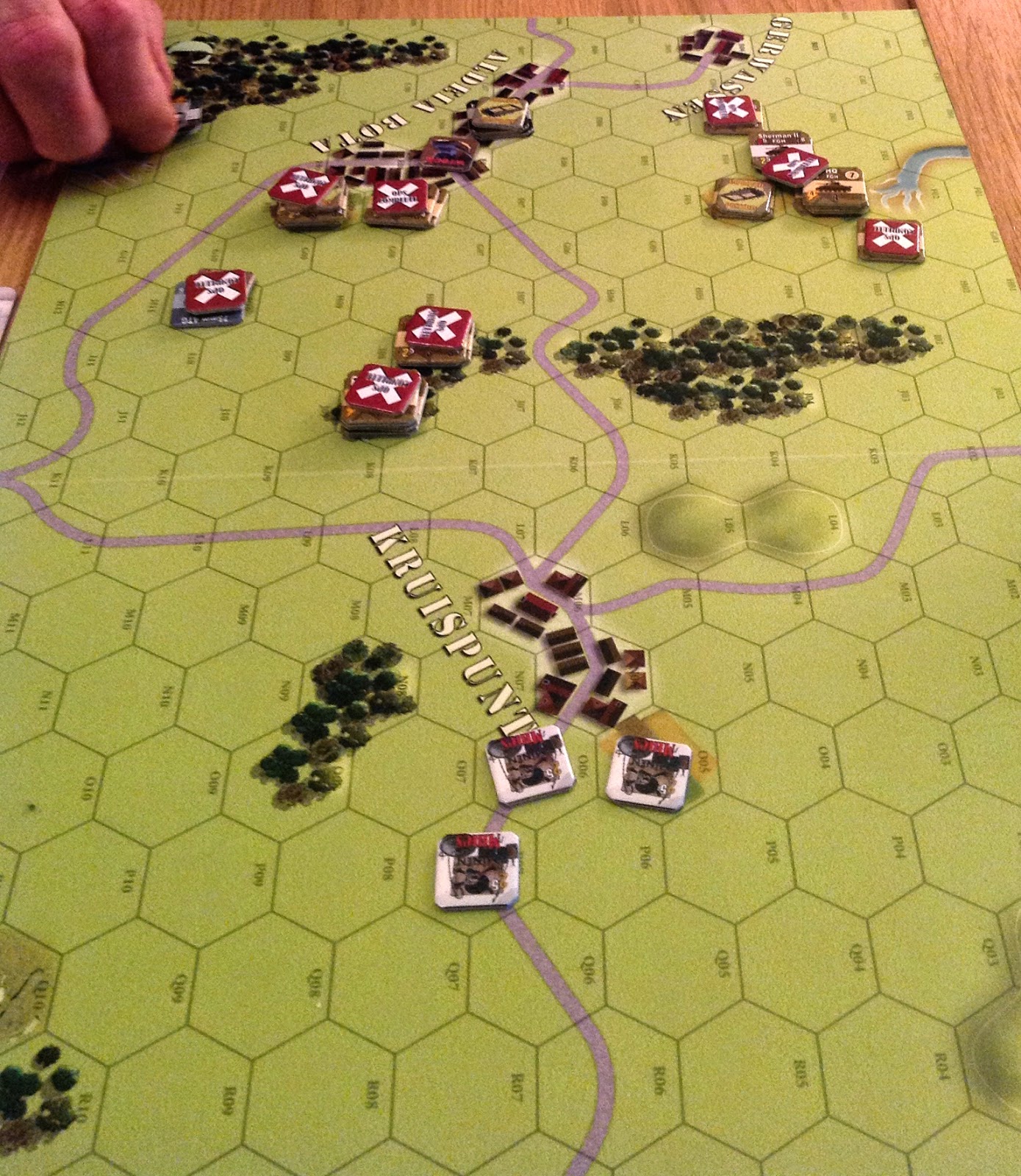 Next up was a scenario from Combat Commander 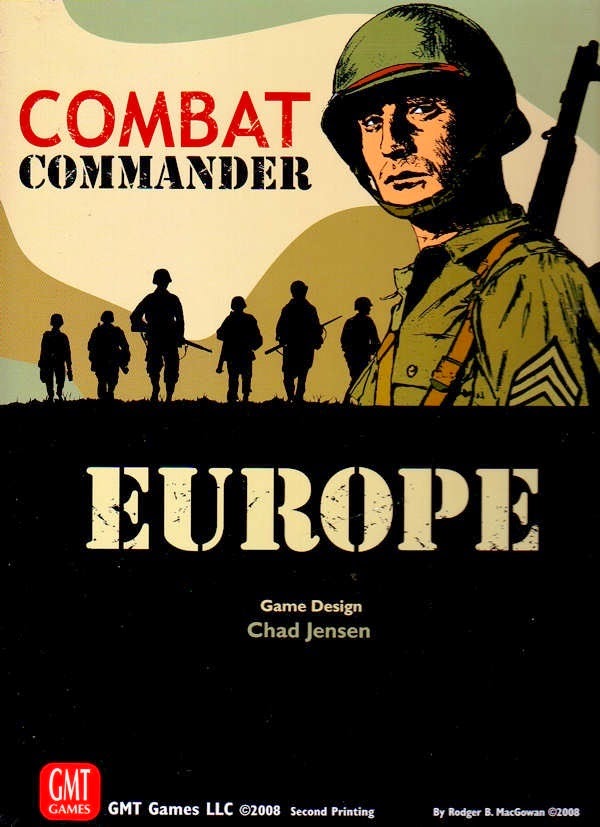 Scenario pitted US Paratroops against the equivalent Fallschirmjager in Normandy.
Both sides pretty much mirror image of each other (each fielding 3 Leaders 9 Squads 3 half Squads and slightly different support weapons).
Fjr in Attack posture and US in Recon mode.
Burden of attack on Germans and they got caught in a couple of heavy firepower attacks losing several squads.
This despite the US losing an MMG and an HMG to breakdowns ! 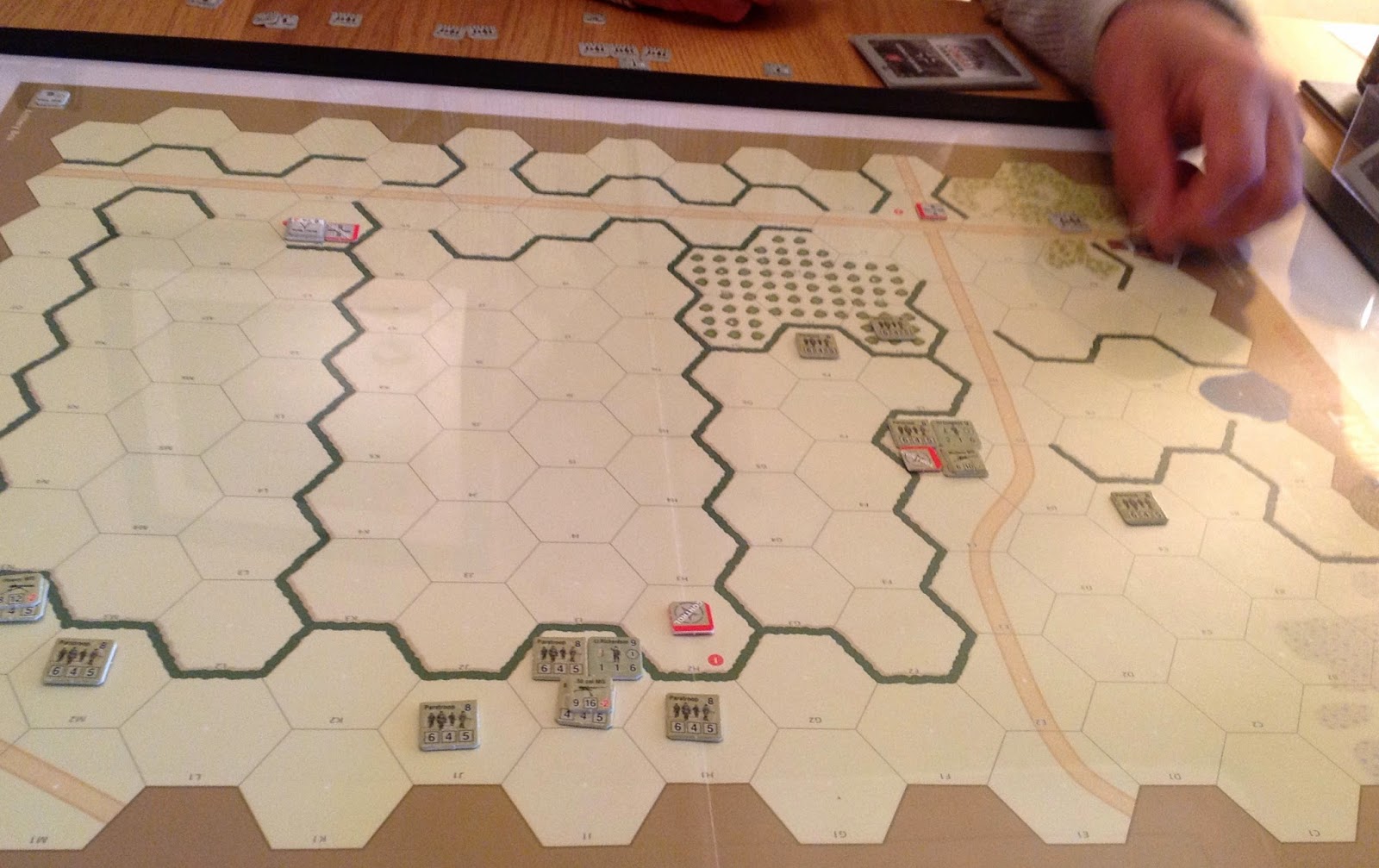 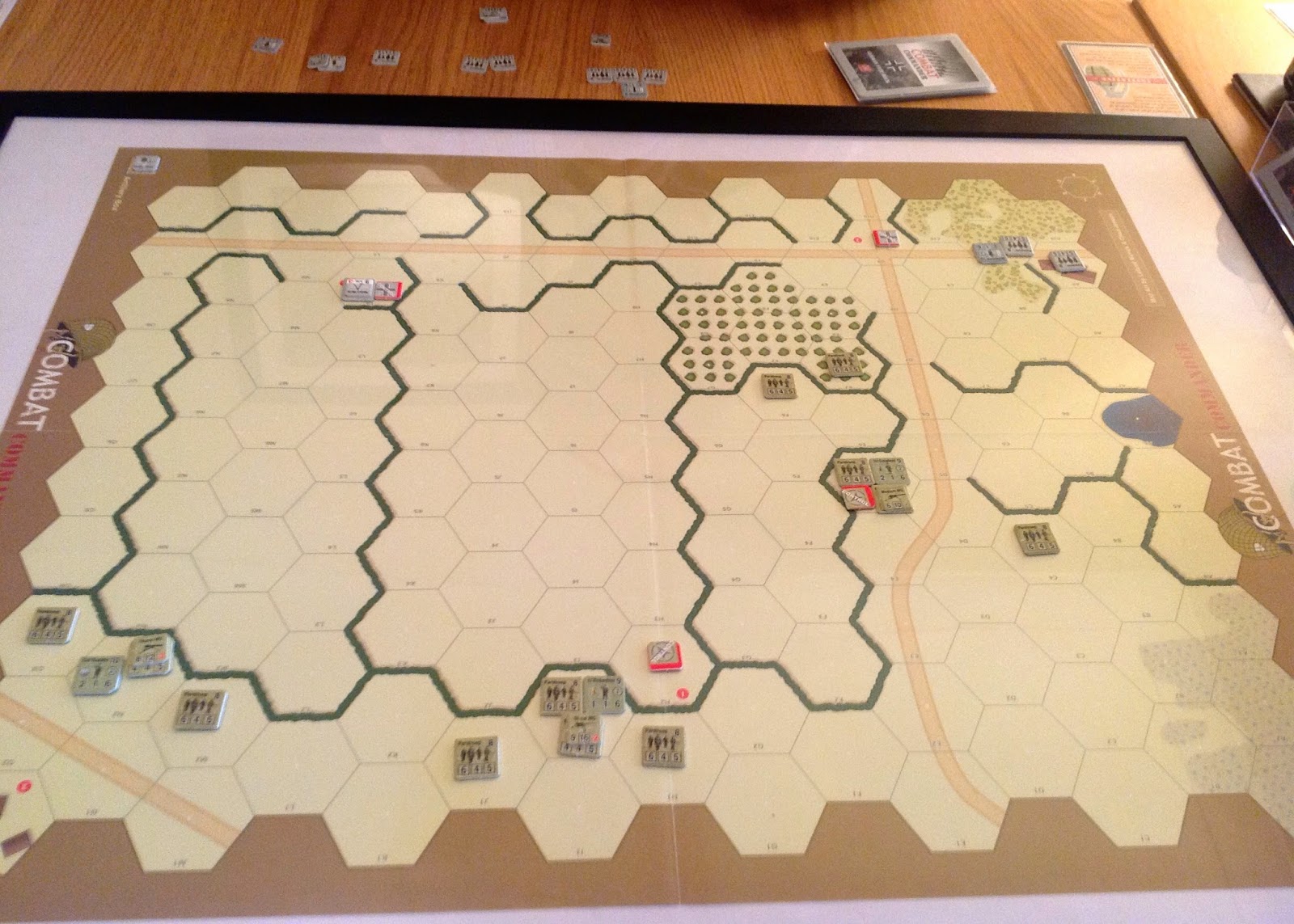 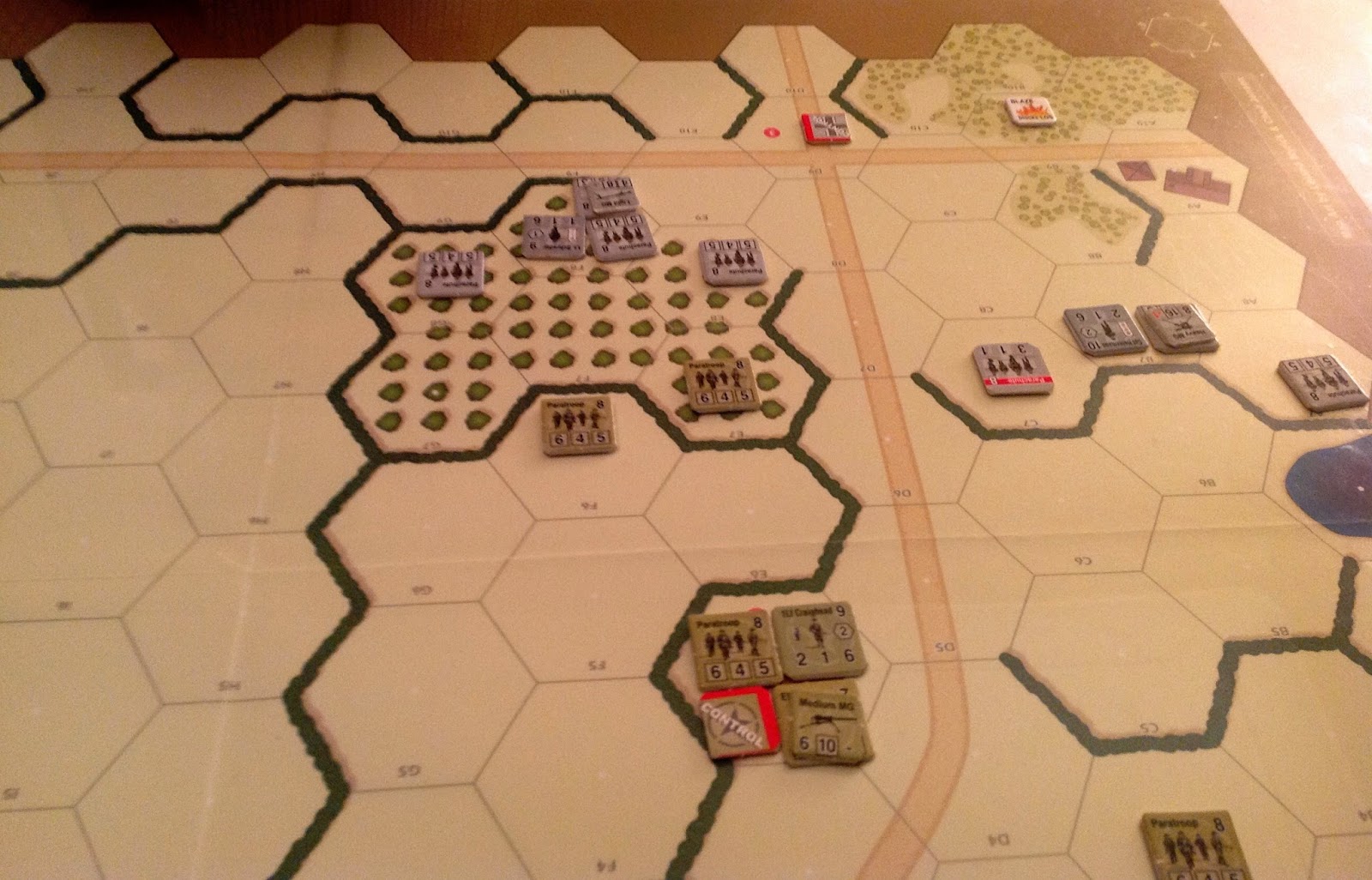 Best of the birthday cards I received 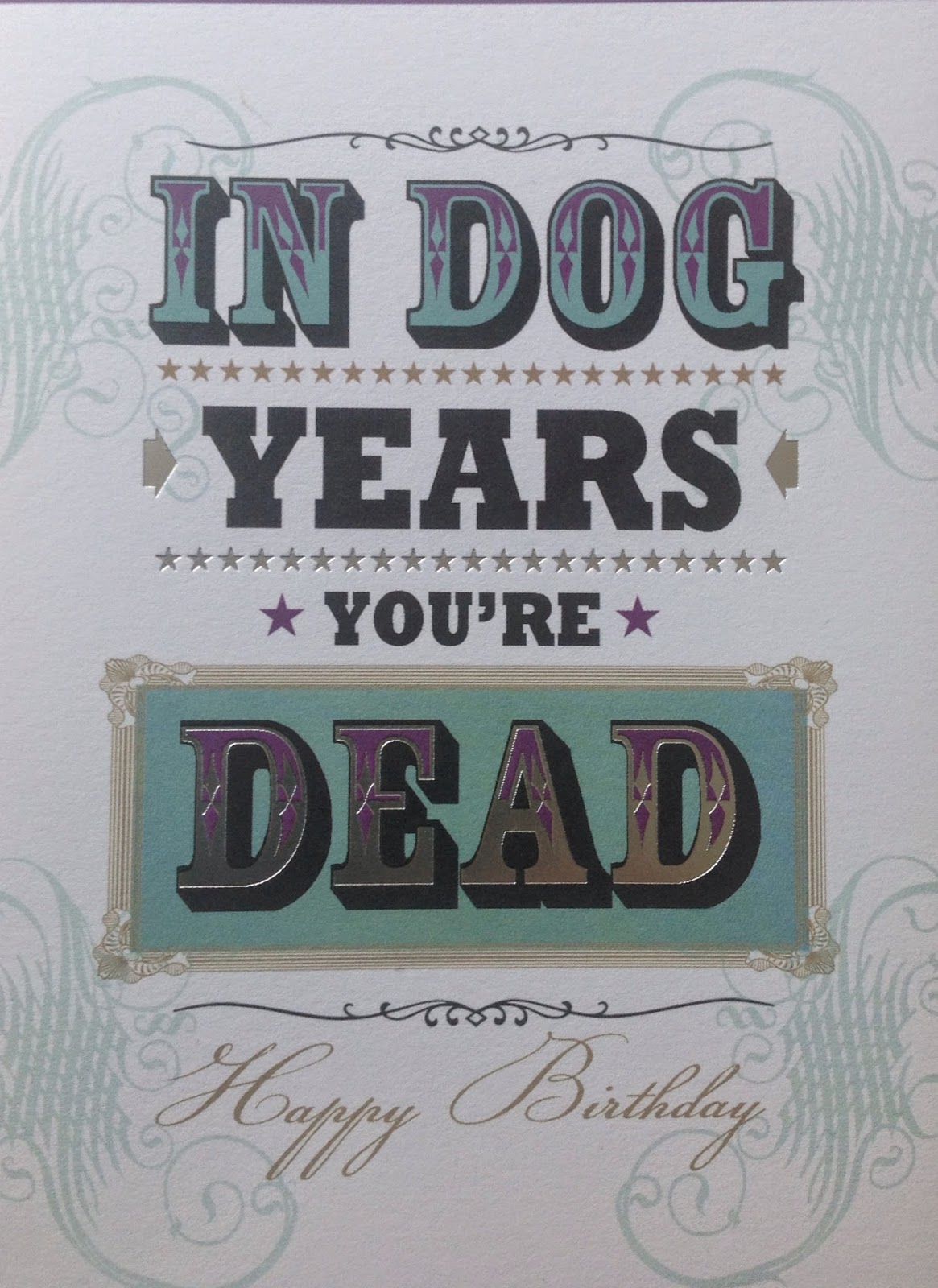