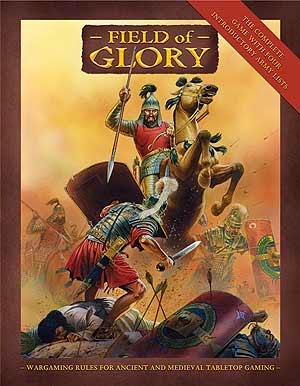 Managed to squeeze in a game of FOG this weekend against Stephen who wanted to try his Han army  with FOG.

I chose a historical match up using the Early Nomad list (looking distinctly Turkish however). So lots of Light Horse and Cavalry archers against lots of Han foot with some Cavalry.
The Han foot are tough despite being only Average status as the combination of front rank Heavy Weapons and rear rank Crossbowmen is too tough for the Nomads.
Terrain layout did not help my cause as no open flanks and little space to dance with mounted.
I did send two Cavalry units on an outflank but this proved decidedly underwhelming as one unit failed to arrive due to straggling !
Finding no gaps to exploit I pulled my stuff back but even in open field the Han are fairly immune to the Light Horse types whether flanked or not.
I did catch a unit in open with my Superior heavier cavalry but even with a General in front rank (allowing me to re-roll 1's and 2's) when I rolled my 4 dice needing 5's I rolled 1 x 5 and 3 x 3 !!!
Of course I then was out scored and proceeded to lose a base to a death roll.
Good game as ever. 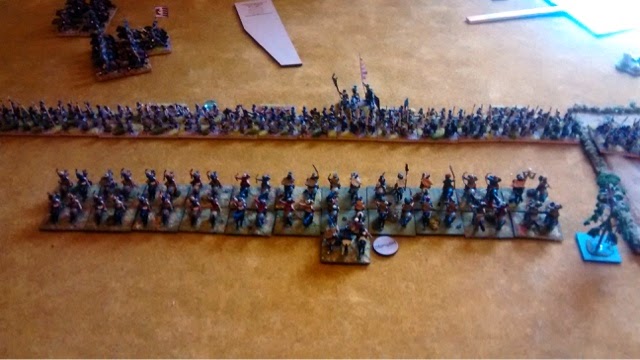 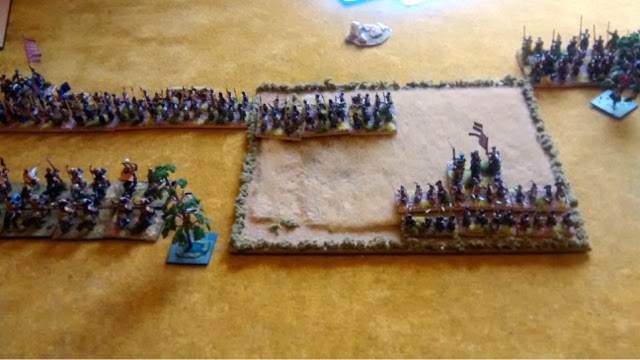 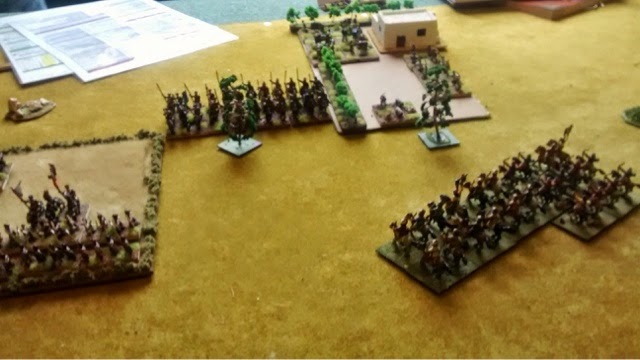