Mortem Et Gloriam another try out 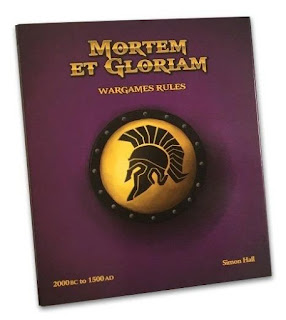 Another game of MEG with Stephen today with my venerable Sassanid Persians facing his Late Imperial Romans at 12000 points apiece.

This yielded 15 units for my lot and 12 for Romans although in hindsight I would have been better with one unit of 4 Elephants rather than the 2 units of two which are a tad brittle.
I defended and we set up in plains which yields minimal terrain options.
Romans had large area of Rocky Ground protecting one flank I had a smaller piece and a Rough Hill was only other item that remained on table (like FOG opponent dices to move/remove terrain one places).

We both had 4 Generals and both had a Talented CinC , 2 Competent and 1 Mediocre Sub-Generals.
Being mostly mounted Persians won the Scouting 'battle' and so Romans deployed groups first (Ala FOG its an alternate deployment in batches of 4 or so).

Romans moved first and we pretty much plowed into each other.
The Legionaries are very tough in MEG with Impact Weapons, Protection (Armour and shields) and in this case Darts and Integral Archer support (useful factor when defending against Mounted charges) and being Drilled (equivalent of good Regular training) troops the maneuver very well doing most things on Green or better cards.
My Cavalry were mostly Formed (poor Regulars or Irregulars) so not such fancy dancers needing Yellow cards for several moves.
I had a couple of Tribal (poor/clumsy Irregulars) units including the Elephants which essentially go ahead only unless one of the rare Red cards is utilised.

The use of the cards to Prompt charges/moves with various units types and classes was much easier to grasp this time than last (practice makes perfect) so this part of game really flowed.

We had a lot more shooting and melee than in the last game and so got into the nitty gritty of the combat system.
Pretty intuitive stuff when it comes to tactical advantages and weapon interactions (but much simpler than FOG) and the use of special dice works very well to (akin to Command & Colours board game to a degree).

The Legionaries and Auxilia showed their mettle against all but my unit of Superior Cataphracts with the advantage generally in their favour.
The mostly rolled Green or Yellow dice whilst I rolled White (flipped vs Cataphracts).
My Elephants suffered by being on 2 base units as all units in MEG are routed/destroyed on reaching 50% losses, so loss of one 'Nellie' in each unit caused 'Kill A Base' tests on units within 3 Base widths (all measurements are in BW in MEG).

The game was pretty bloody for us both but the Persians cracked first upon losing their 6th Tactical Unit (loss of Skirmisher type units does not affect Victory as such).

We really enjoyed the game today as we got into the rules much more with a greater variety of troop interactions and combats.
We both feel these are an excellent set of rules that will vie with ADLG as our go to Ancients set. 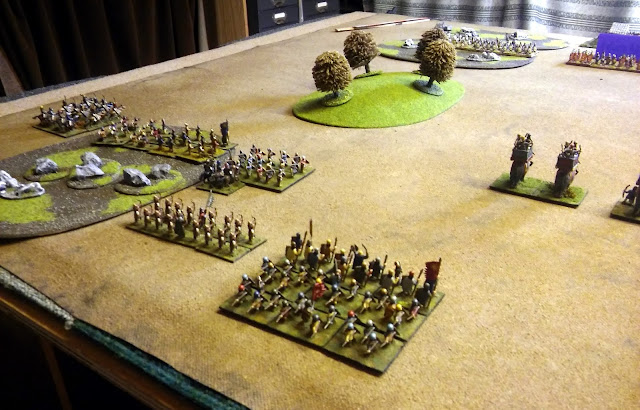 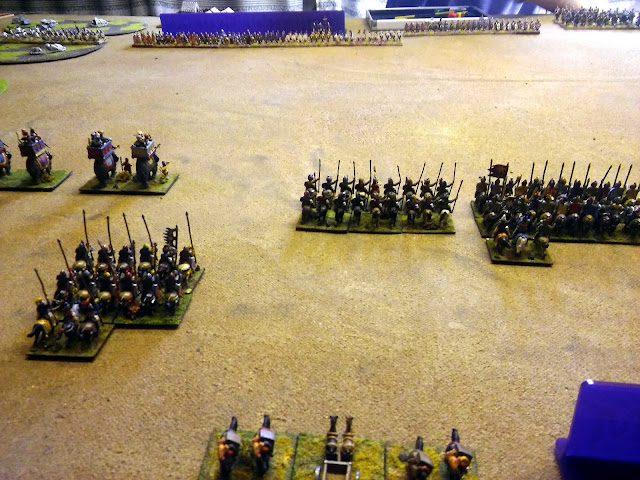 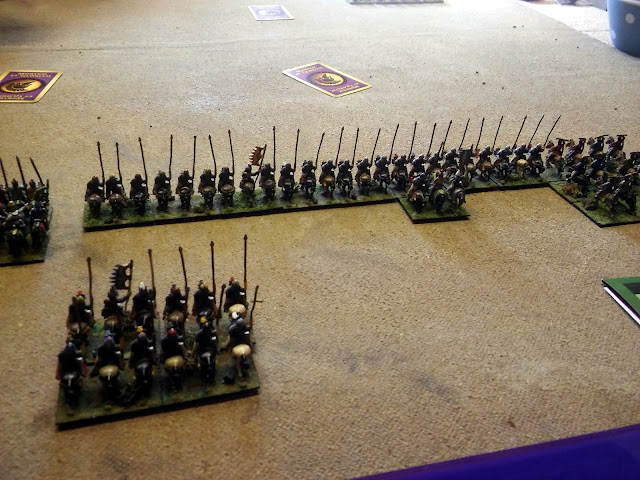 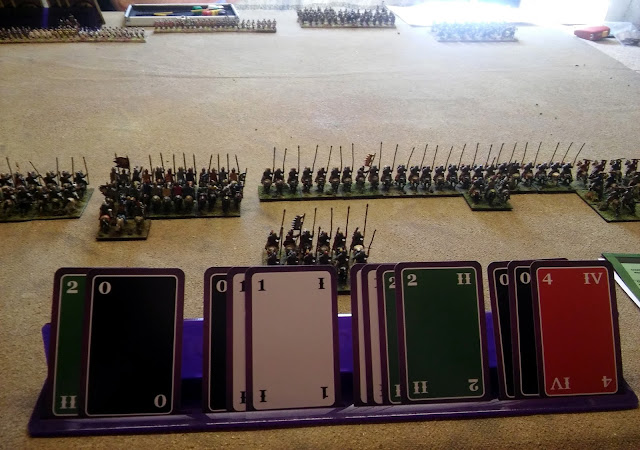 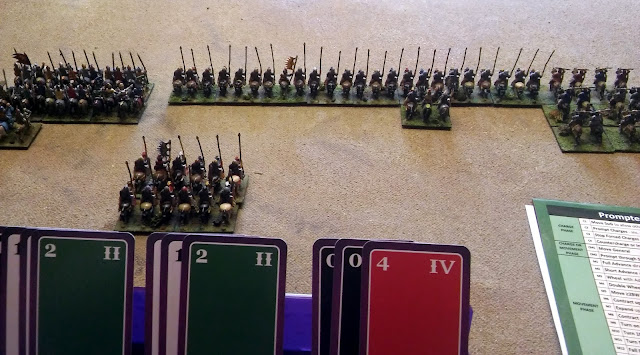 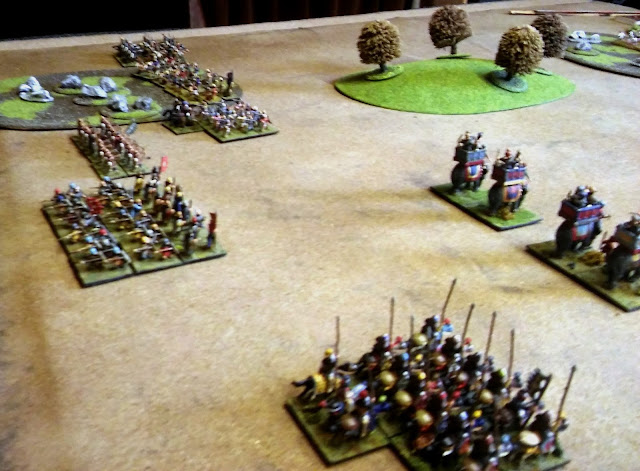 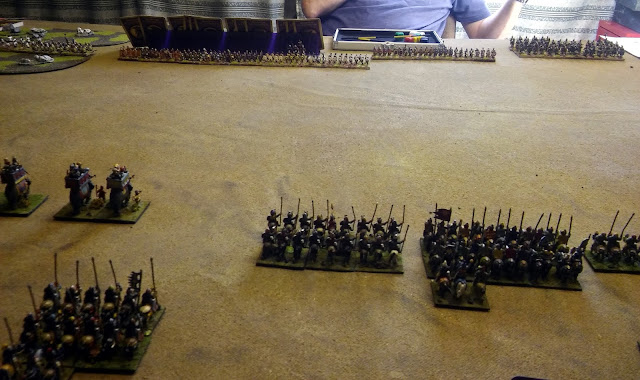 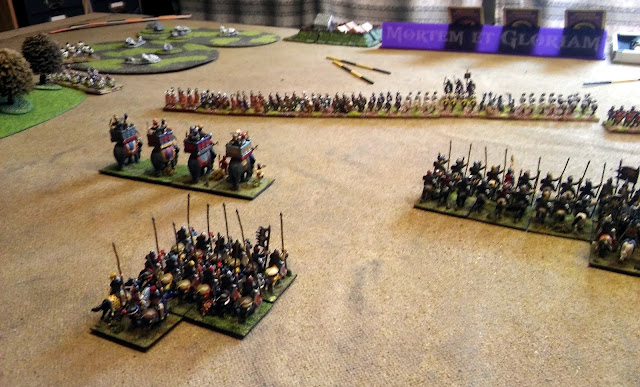 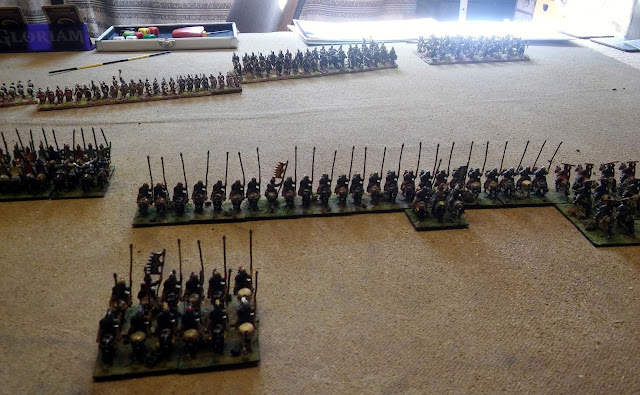 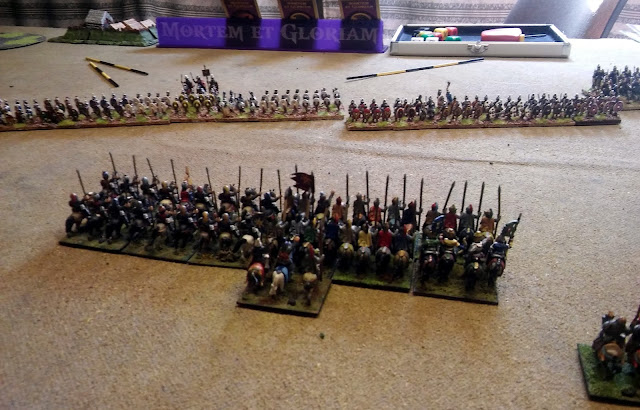 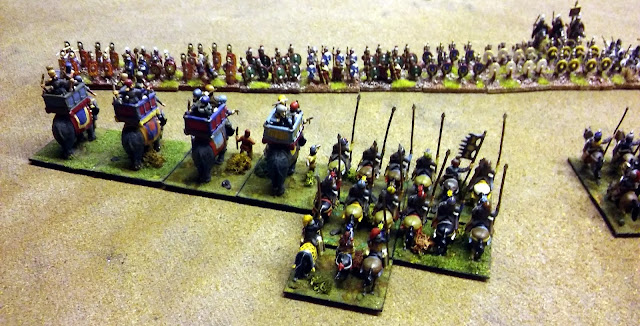 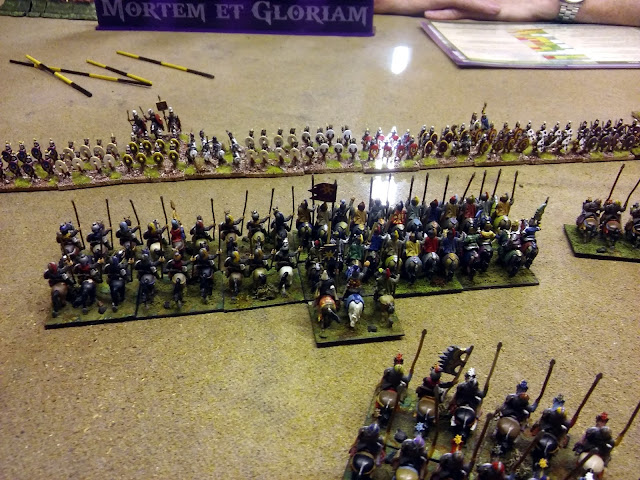 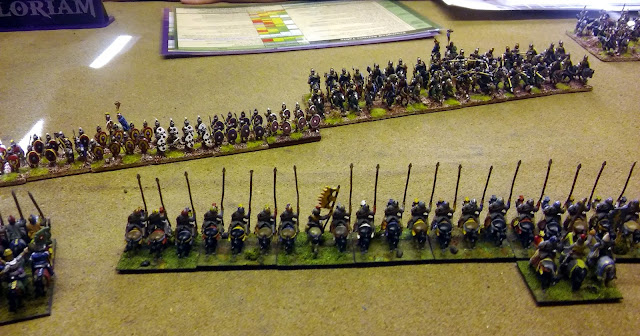 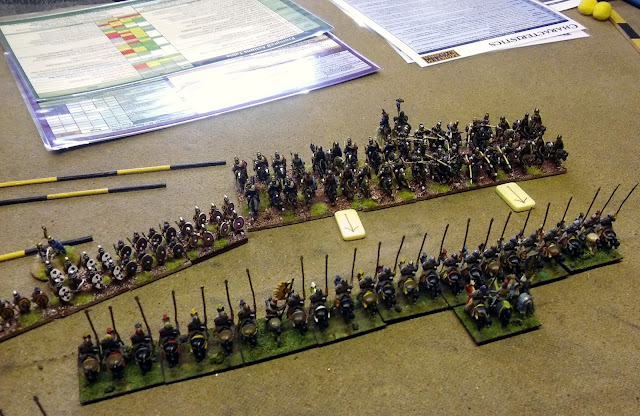 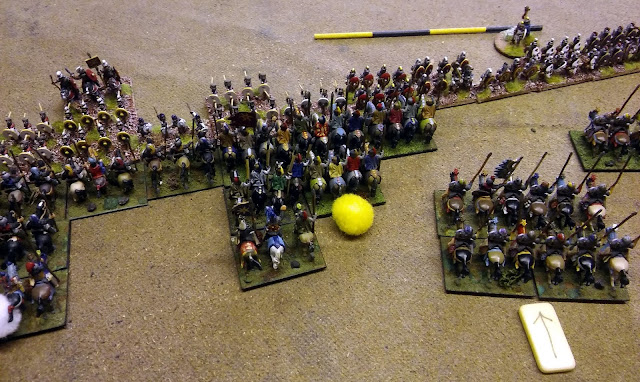 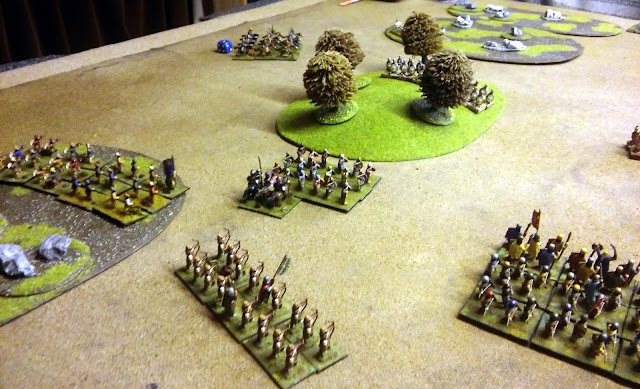 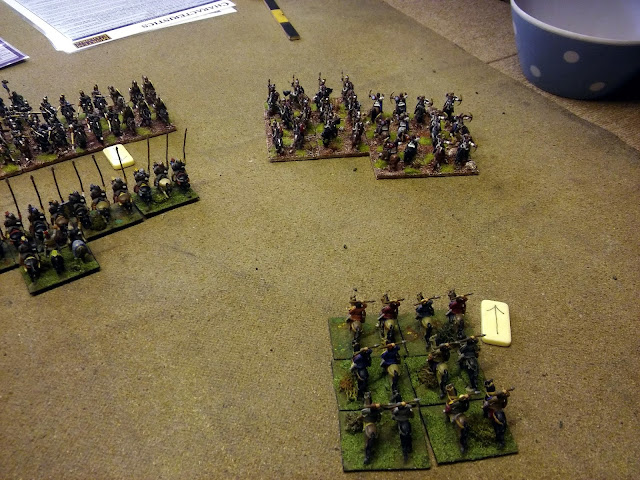