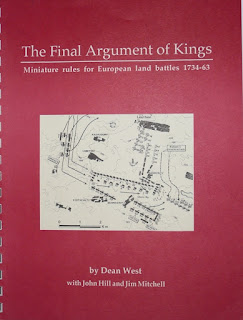 Had set up a solo game with my SYW Russians and Prussians to try a few rulesets I have not used much or at all.
I tried a simple encounter style scenario first using Honours Of War rules from Osprey and whilst there is a lot to like in these rules as ever I just find them far too bloody (even with my dice rolls !) so I quickly reset the units and gave Final Argument Of Kings a try out.
A more complex and therefore a tad slower set but much deeper and more satisfying overall.
Essentially they are a variant of Johnny Reb for SYW with order markers and semi-simultaneous activity but it flows pretty well.
As in JR the most complex sequence is charges especially if multiple opposing units declare charges as there can be literally a lot of moving parts !
But once I got this sorted the game flows very well overall.
As in most SYW sets Prussians are better troops with greater move options and quality with Russians conversely poorer shots but stoic in their morale (ie damned hard to upset !).
With orders system solo is bit stilted as not much in way of surprise possible but still fun to explore the game systems.

Hope to get a head to head game with these at some point.


The pics mostly from the HOW game but same deployments etc 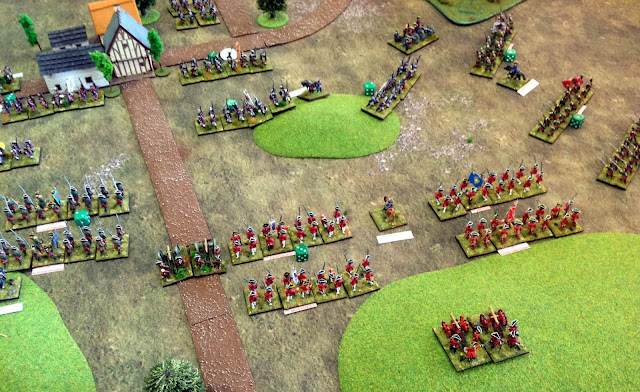 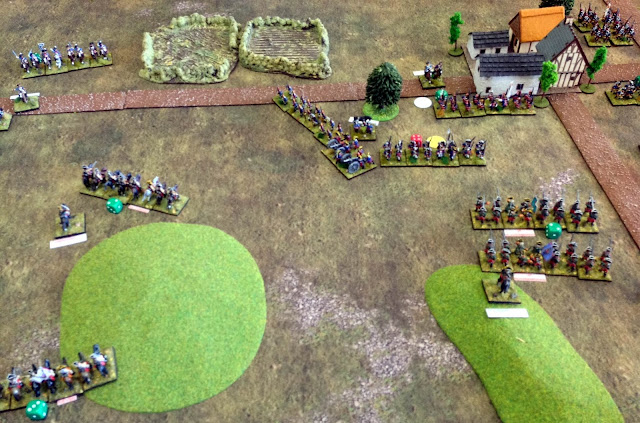 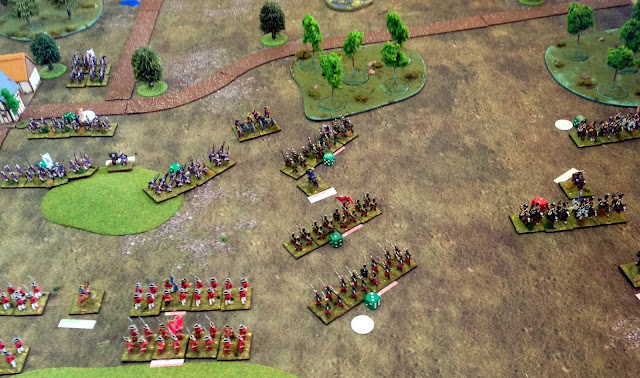 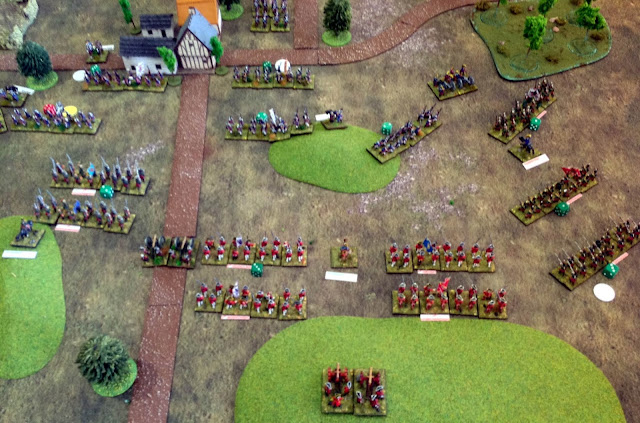 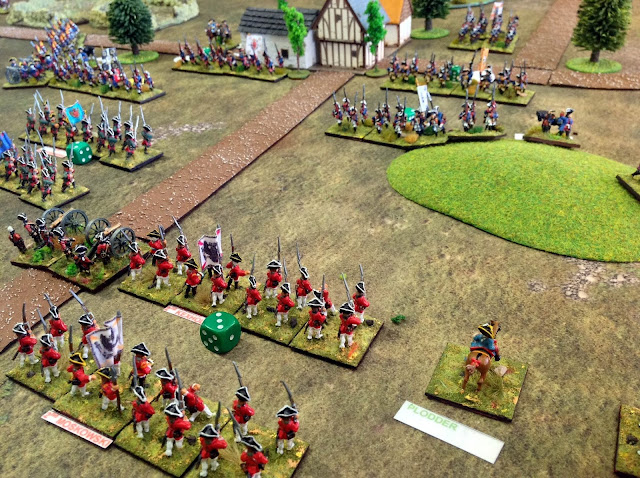 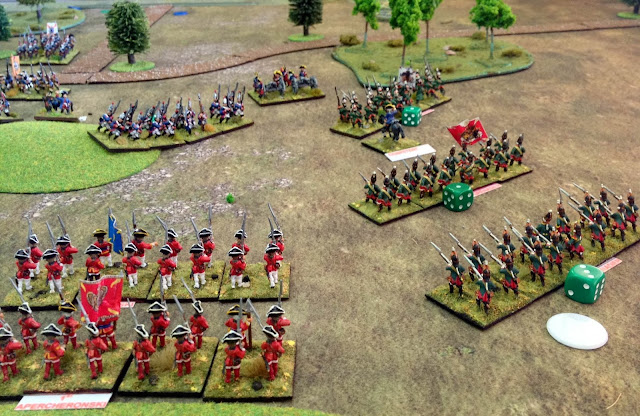