First game out of 'lockdown' - Field Of Glory Renaissance 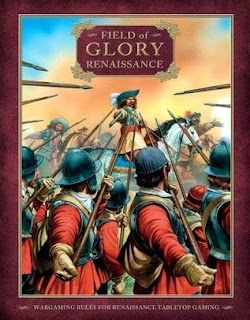 At Stephens and he chose to use FOGR with a Selujik Turk force against which I used my Thirty Years War German Catholic 1618-1632 (being as it is only Renaissance army I have) with Later Tercios.

After a lengthy catch up/waffling session and bitch about the world we finally got down to playing and very enjoyable it was too.

Solo play is great for rules learning but nothing beats 'competitive' play.

With late start we failed to finish but Turk firepower was coming to the fore as my Horse units struggled to contact the evading Turk Cavalry.
I did catch one unit of Saphis with my Cuirassier and gave it short shrift but the Janissary Infantry are potent shooters and had decimated a unit of Reiters and my Dragoons and I had lost a Tercio to Turkish guns.

FOGR is a decent set of rules which has nice interaction of troops types and period specific formations and is very playable.
The FOG family of rules lack any real form of inertia/chaos (mainly due to being competition biased I suspect) compared to newer systems (ie no orders, no Pips, no activations or cards), but they do what they say on the tin and the lists are always fun to play around with within the points system.

We were playing with the last batch of updates and all played pretty easily as nothing truly radical in terms of changes for the armies we used.

Game booked for next week at mine and likely to be a try out of FOB3.

All pics from early stages as my phone died mid-game 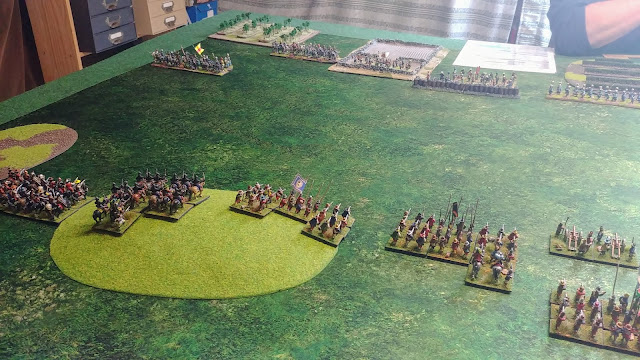 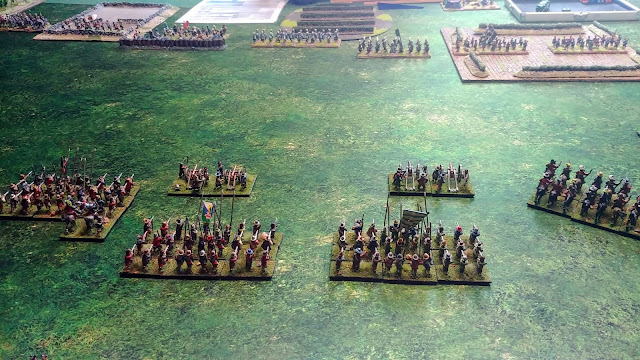 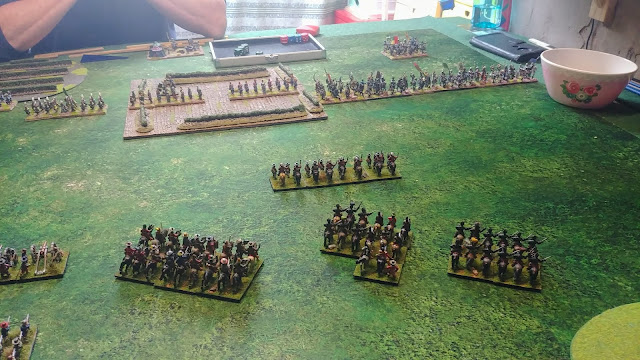 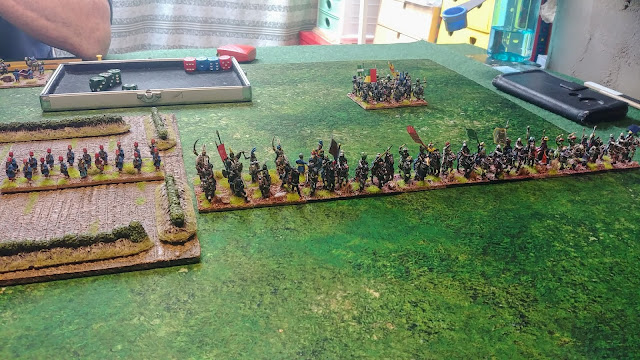 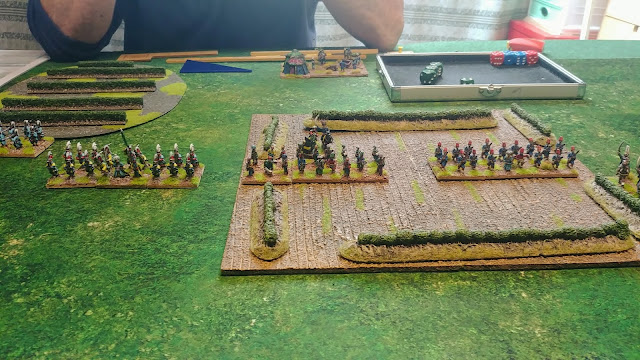 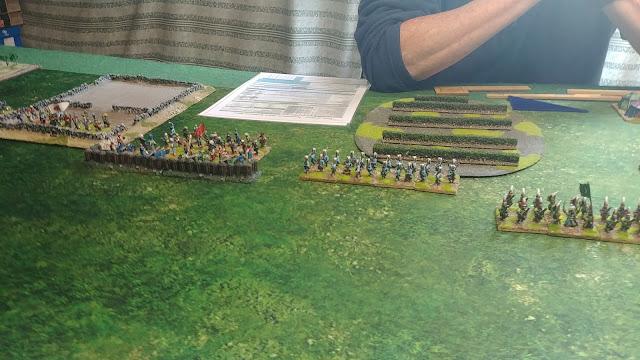 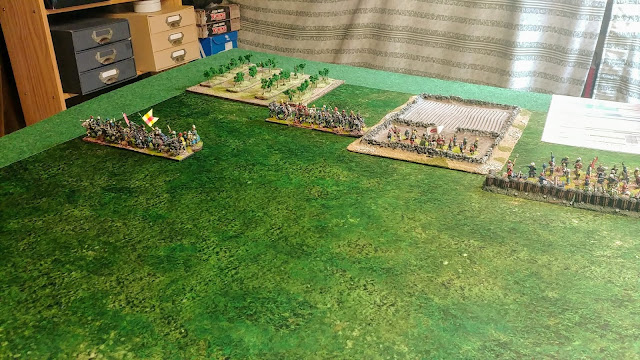 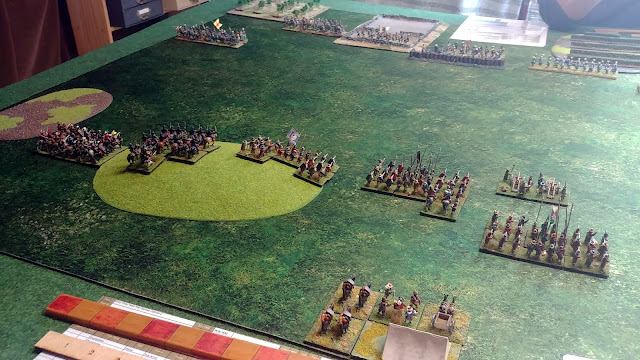 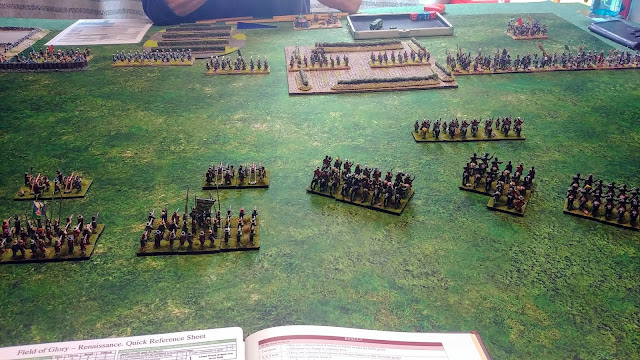 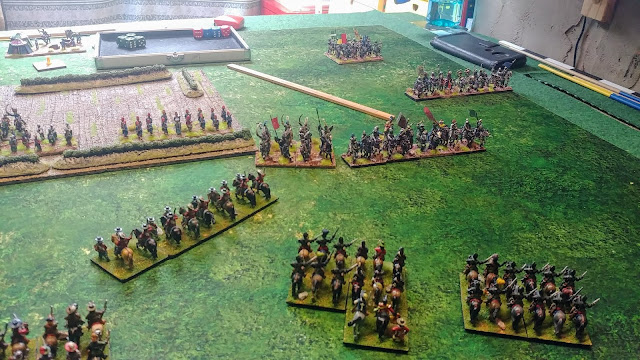