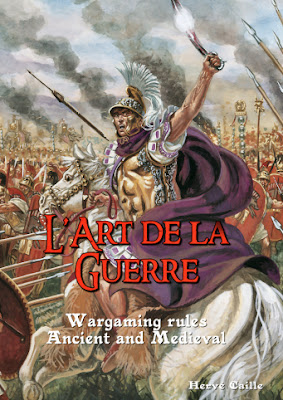 New version (4th Edition but only second English language version) of L'Art De La Guerre arrived and after a good read through (found this tough on fudged brain cells despite already 'knowing' the set) I decided to try a quick solo game.

I used my Punic Wars Romans against a Gallic force (both the standard 200pts).

Thankfully once I got going the basics of the system came back to me and not really that many changes to the unit types I was using.

Terrain set up is a tad different with 1 or 2 (?) more terrain pieces potentially on table but nothing drastic.

A few amendments to troop interactions such as Spearmen vs Mounted, and a few changes to some Light Horse activities, but all easily found on the ever excellent QRS.

However upon browsing through the copious Army Lists (300 separate listings) I did note several changes to the armies I can field.

Some changes to points with some Medium Inf a point cheaper for instance, but some more significant (?) changes to troop types.

My Mycenaean heavy infantry no longer get Missile Support (ie a back rank of bowmen) for reasons unknown and other lists have some changes to minimums and suchlike.

But no doubt as and when (soon !...soon !......he cries !!) I get back to gaming (and relentless drubbings I expect) with Stephen more changes will become apparent but in the main I found only small amendments to rules with a goodly part of new text in rules being by way of clarifications.

Am torn between this set and the also excellent Mortam Et Gloriam as my go to Ancients rules as both generate very fun and playable games, despite being of more complex fare (their competition friendly pedigree shows through) than many recent rules sets I have taken to.

My game was rather bloody with both sides suffering significant losses.

Romans defended and managed to get decent terrain to form around, however their right wing was crushed very quickly before Legionaries got into main action.

Once they and the Gallic warriors (a mix of Medium and Heavy Impetuous Swordsmen) clashed the body count rose swiftly.

Romans succumbed soonest but Gauls were only 2 unit losses from defeat themselves. 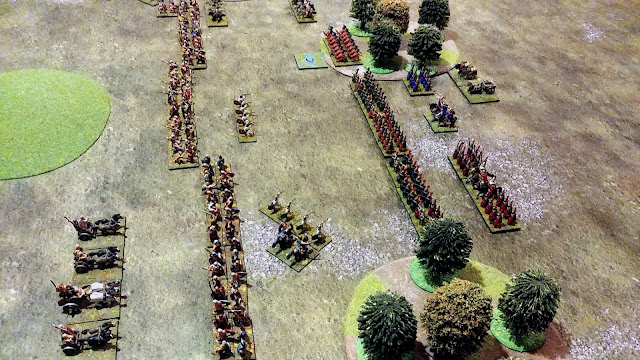 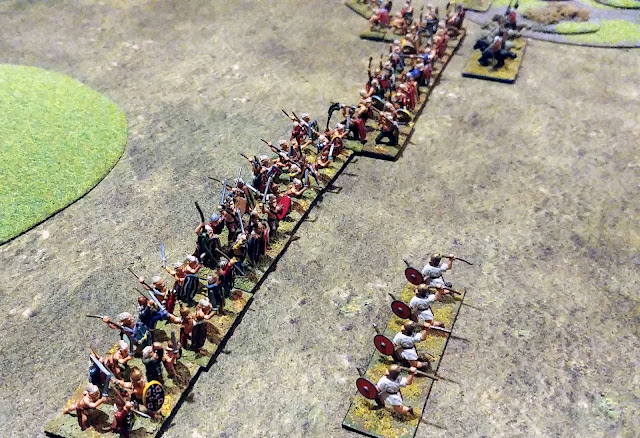 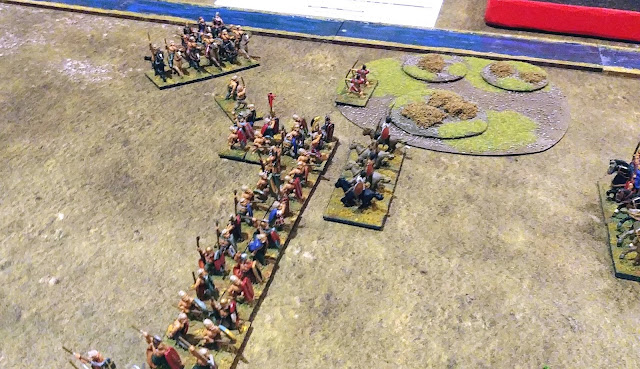 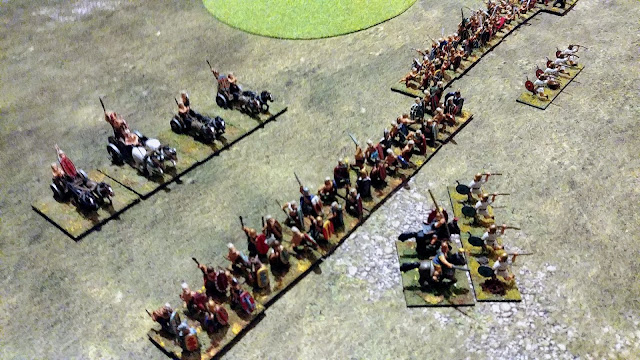 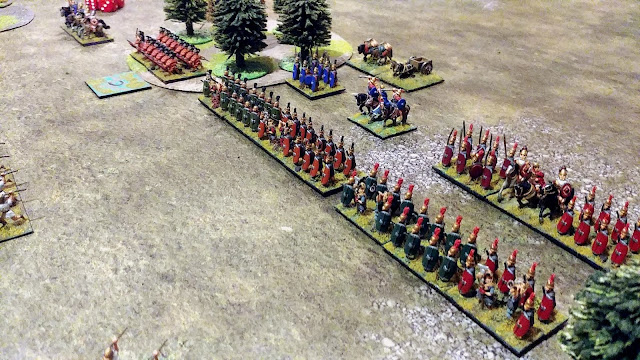 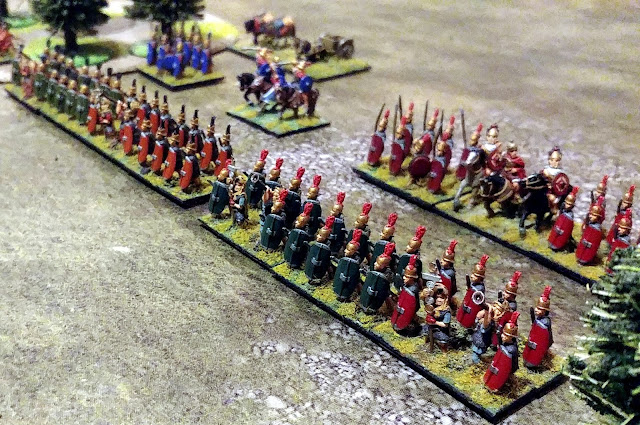