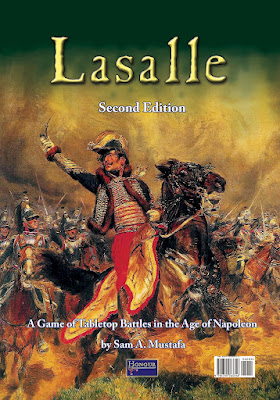 Finished playing through my solo game with Lasalle with it ending in a close draw.

This scenario has no sudden death level of losses so its all about the controlling objectives (one centrally place worth 1 VP and the village on the ridge being worth 2VP) within the 8 turn limit.

As it turned out the French only managed to take the central objective but inflicted sufficient losses on the Russians to gain a VP for 'Carnage' thereby offsetting the Russian retention of the village for a 2 all draw.

Another turn or two would likely have seen Russians wiped out however as Russians had lost all their gun batteries and 6 units of infantry against just 2 Young Guard units.

The elite French force was interesting to use especially the Infantry as the 5+ Resolve level meant they suffered a lower level of losses generally.

Of course the Old Guard seemed to suffer above average and were underwhelming in the game. Author Sam Mustafa is not a believer in Old Guard being super troops (in any of his rules) but they are certainly better than average with extra strength point, said better resolve and good traits (Assault Columns and Resilience).

Certainly less impressive/potent than they are in say Black Powder where they are essentially juggernauts.

Fun time with Lasalle even solo and yet again the MO 'orders' system shines as a very neat and slick mechanic, as I have said previously regarding the rules they are 'Napoleonic lite' with much abstracted and simplified but they are fun and produce an excellent game despite lacking much flavour/chrome compared to something like Gen D'Armee. If you like Maurice and Blucher by Sam you will like these if not then probably not so much :-)

Planned outing with them in a few days with Le Duc as our first post-plague game. 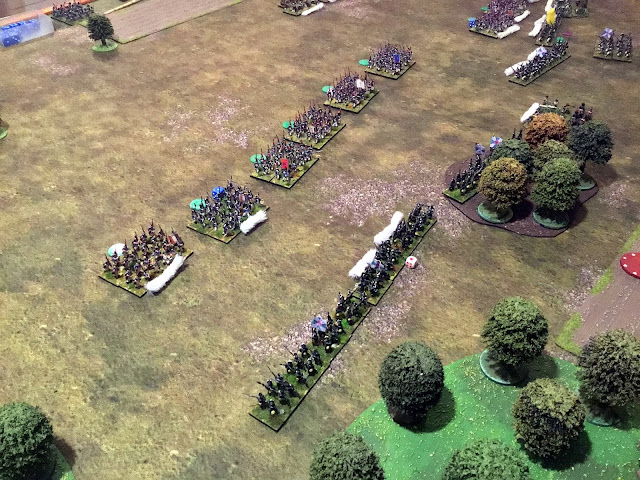 Russian delaying Brigade doing its job in front of the ridge 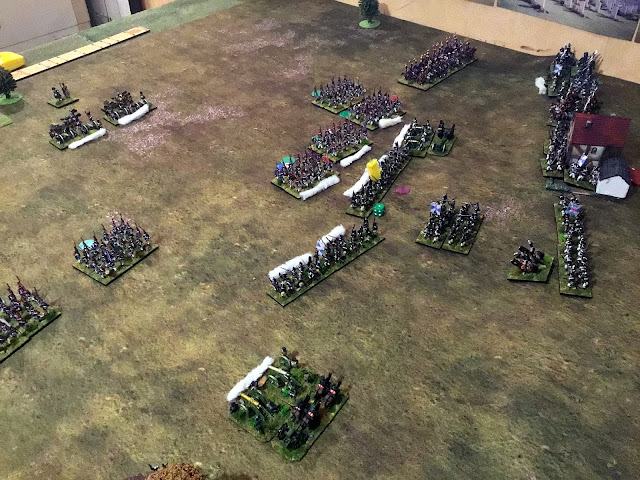 But under real pressure from Young Guard 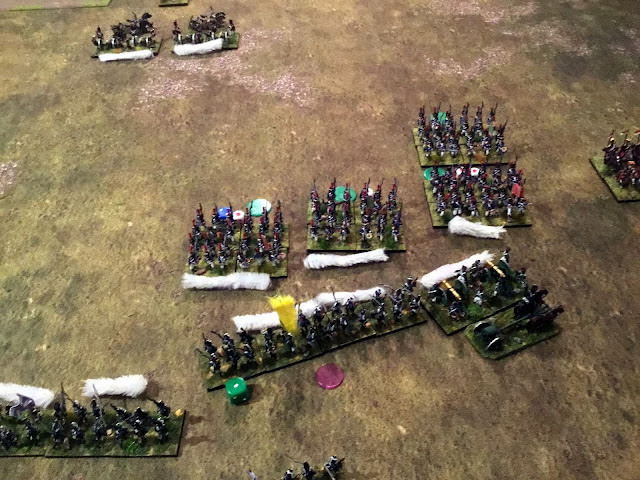 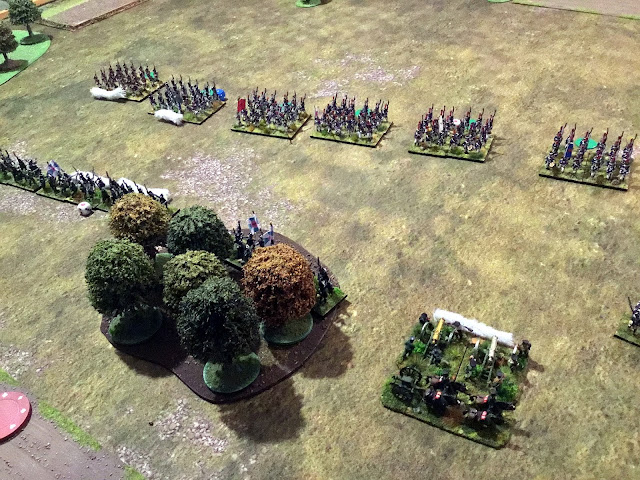 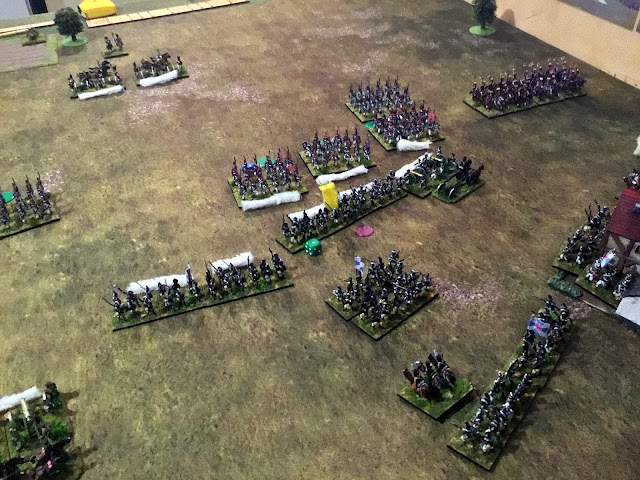 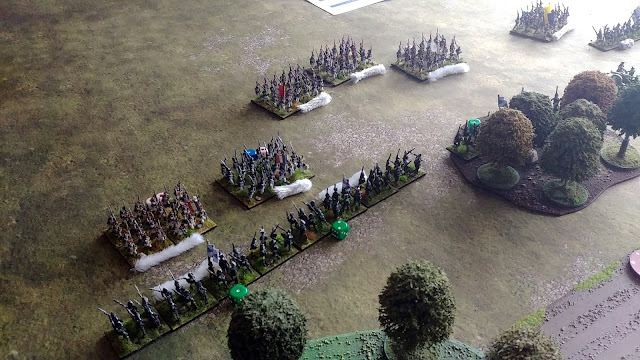 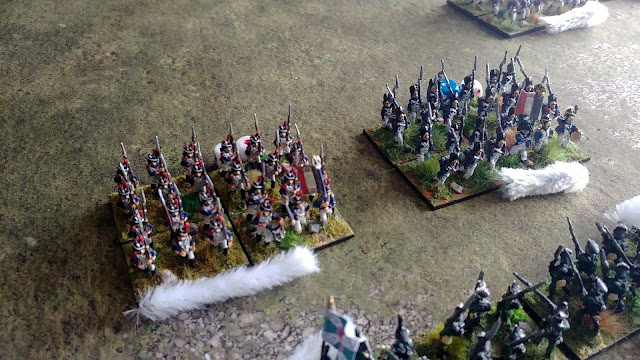 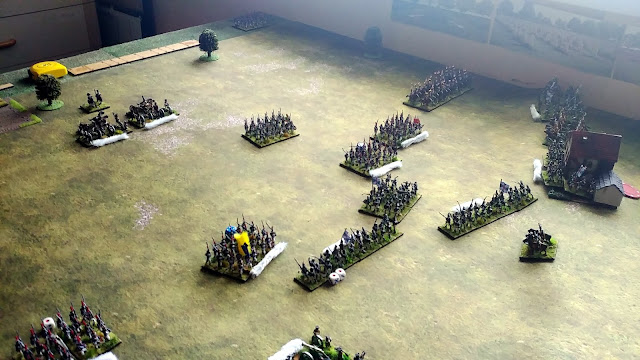 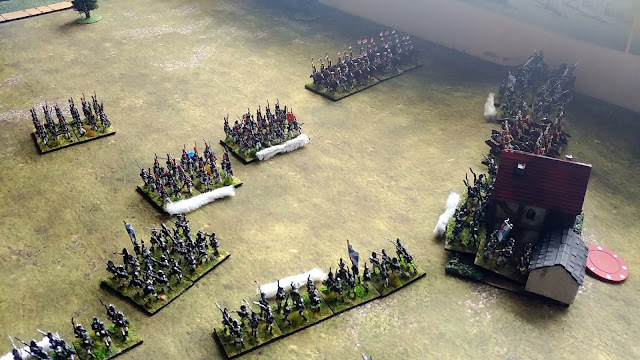 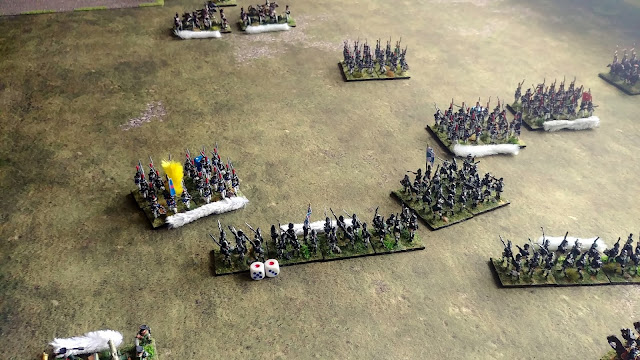