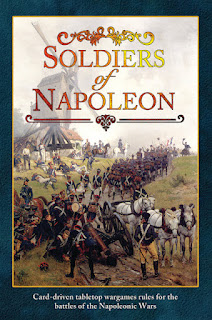 Being a 'proper' face to face game I learnt a lot more about the rules and their plus and minus aspects.

Used the random terrain generation system which yielded a fairly open but plausible table and we both just diced for Tactical Orders (both ended up on defence) and Deployments (both standard deployment).

Both really like the cards and the decision points and choices each generates and the Victory Points/Objectives system is rather clever meaning its not just 'smash the enemy'.

Biggest takeaway was that game is best with units of Cav/Inf being a standard 6 bases (we were using 4 bases) as much more durable especially when being fired at by artillery or skirmish fire as with 4 bases units proved very brittle.

Rules allow units to be 2-6 bases strong (artillery is 2-3) but 6 seems the most feasible overall.

We started classing units as 6 bases after first few turns and found the game noticeably improved as not using Rally actions as frequently as we did with 4 base units.

Intimidation order for heavy cavalry is pretty potent as it effects 2 infantry units and with 3 French Dragoons on table at start this was pretty nasty as potentially 6 units effected each time .

We thought Skirmish fire against cavalry seemed a bit odd but can see how this is needed in game as counter to heavy cavalry.

The move distances are relatively short (even using the 28mm ranges) especially for cavalry so found it took a long time to get to grips but again this was partly as we were loathe to use Quick March as it incurs a Disruption which is quite damaging to 4 strength units not so much 6 strength.

Brigades can also be pushed by being ordered with sequential cards which again incurs disruption penalty but which also again one is more likely to accept with stronger units.

Extended Line we found pretty good formation (although only available to true Light Infantry) as great for movement (same speed as column) and very useful in terrain, whilst retaining same firepower as Line formation, being better against artillery shots with only a minor -1 dice in combat.

Enjoyable game overall (the cards make it) but unsure if is preferable to other more 'dynamic' sets we use for the period but always nice to have choice/options imho. 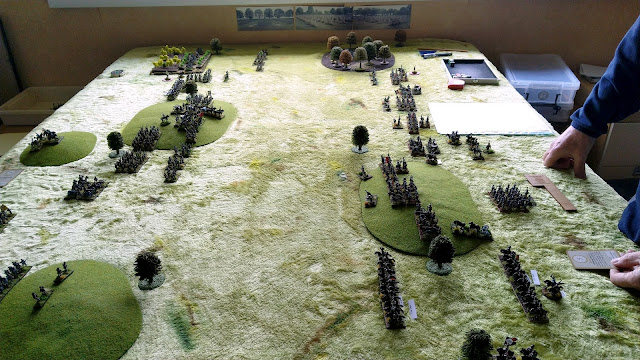 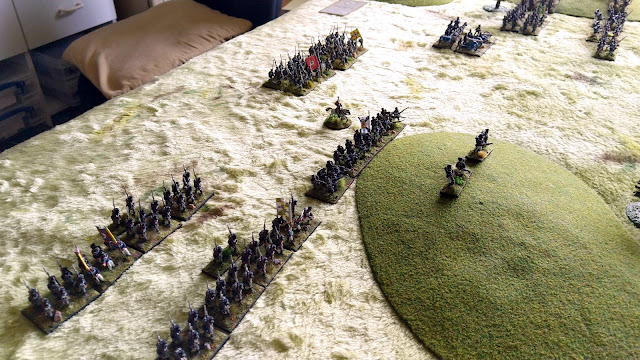 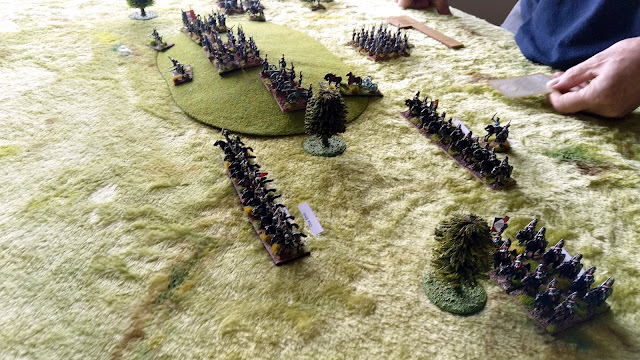