Quick post re some solo wargame action past couple of days.

Planning a game of FOB3 this coming Saturday at Ulster Wargames Society, based on a GDB scenario 'Action at Eisdorf, so set up table so as I know what terrain to bring with me. 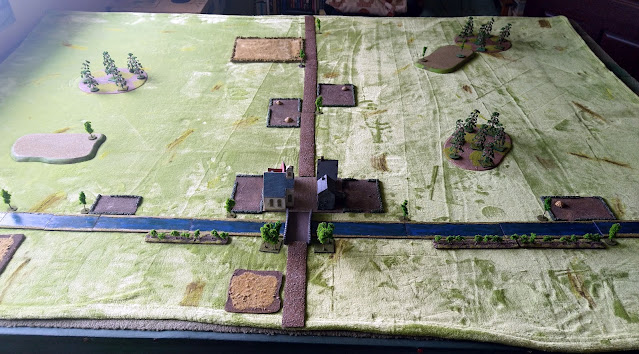 Last Saturday being 18th June I had to have a little Waterloo action so had a solo outing for 'Waterloo Quelle Affaire' a quick playing but fun game on the battle, French failed to defeat Wellington before Blucher turned up and crushed French. 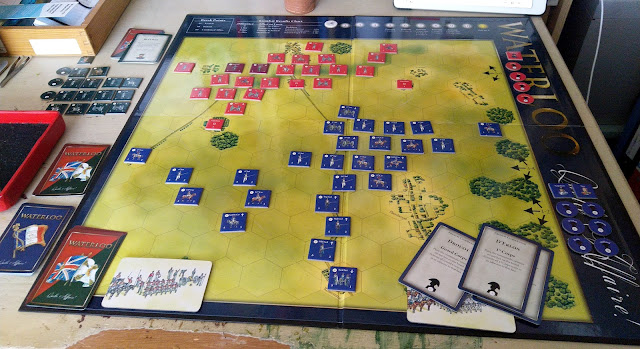 Also currently running through a couple of solo games with Commands and Colors Ancients which I have not used in a long time and finding really fun even on ownsome.