Despite bloody G8 being over am still stuck in a cycle of looong shifts with very little free time for game related stuff. 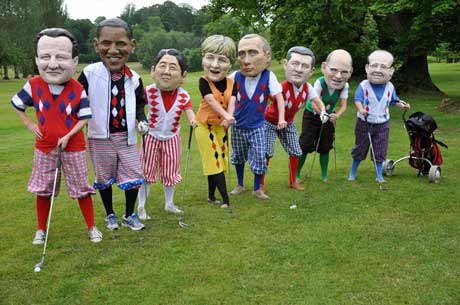 However I have managed to get a few boardgame related stints in (have not had a minis game in what seems ages).


Played couple of games ay my Dads with my son Steven also in attendance (back home from Nottingham University for summer).
He bought a copy of game we played at brothers in Liverpool called Small Worlds a very fast, light and fun fantasy themed strategy game.
We realized during first game we were playing things a tad incorrectly but then managed a win each in next three tries.
I forgot to take any pics so here is a stock image or two 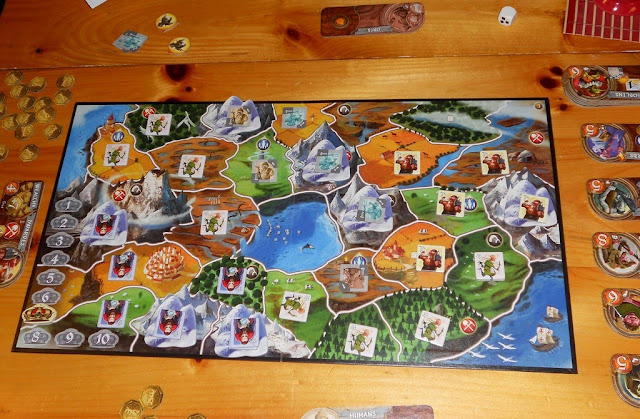 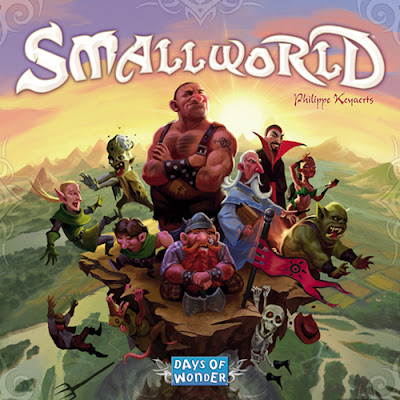 I then umpired a game of Twilight Struggle between my offspring and offspringer (?) a tense encounter it was.
Steven had the Commies and went for an all out 'assault' on Europe and very nearly carried the day however his lack of influence and presence elsewhere in the world allowed the USofA to dominiate in several regions and rack up a lot of points with scoring cards.
So much so that on turn 7 Dad achieved an auto victory.
Great stuff with a game that is not strictly a wargame but has nice conflict basis. 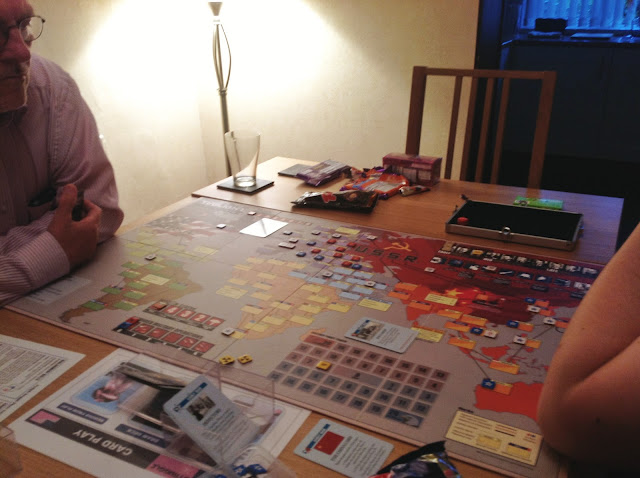 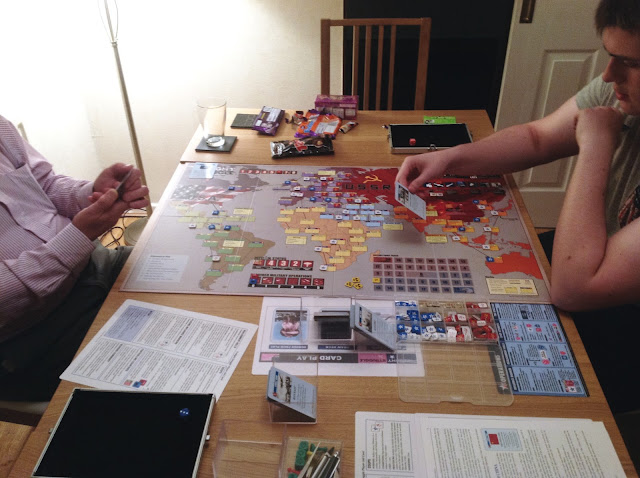 On Vassal I am still plugging away with a Pbem games and having great time (very theraputic) against varied opponnents.


Barbarossa To Berlin game (against Greig) in which I am getting thrashed after my self-inflicted disaster in North Africa.
So many cards for Allies vioded by continued German presence in region (no invasions in Med possible).
This has allowed Axis to obtain near parity on Eastern Front especially as my seemingly unending offensives with Soviets seem to yield very little (even virtual dice hate me !!).

Paths Of Glory game (also vs Mike) has seen Italy cause Central Powers some grief by pushing across Alps into southern Germany whilst Eastern and Western fronts are largely stagnated.
We have had our own version of Verdun a bit further north at Liege which has changed hands several times and cost us both a lot of combat power (ie soldiers).
Still in balance this one 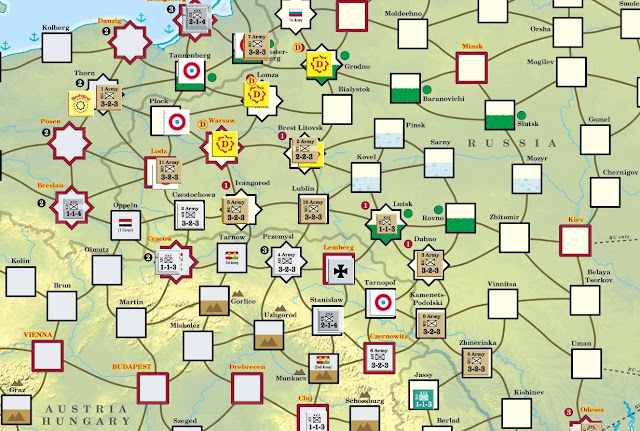 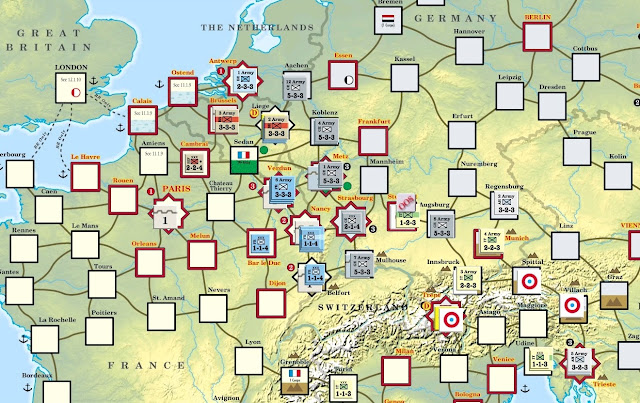 After having lost Kingdom Of Heaven game to Norman we decided for  some lighter fare with a game of Command & Colours Ancients.
I picked battle of Bagradas with Norman as Carthaginians and I as Romans.
Interesting first outing for this game which whilst quite simple to pick up has bit more depth than is first apparent and is fun to play. 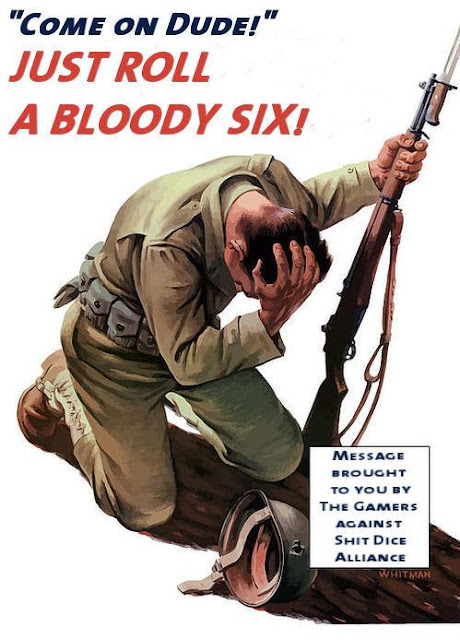