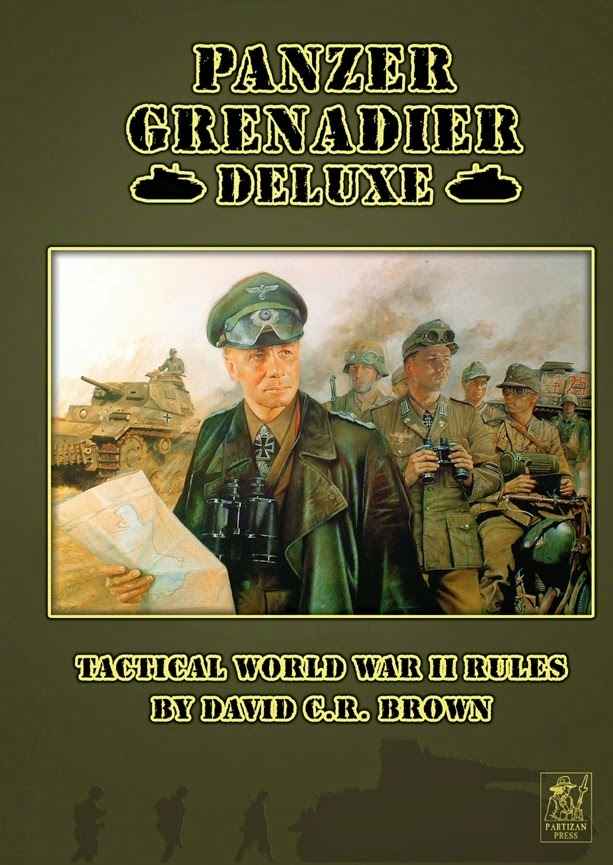 Had another go with Panzer Grenadier Deluxe today against Stephen.
Used exactly same scenario as last time (as I had left in situ) with me as Scottish defenders again.
Another super game which went pretty much as last with Germans pushing up on my right flank and getting into the town but having a harder time taking the required number of areas.
Less casualties for Germans however overall with poor old Scots suffering and having to test for Battlegroup Morale at the end of several turns with thankfully no adverse result.
I got 3 Air Missions this game and managed to get two Sorties in both of which targeted Panzers but first was forced off by 'ack ack' the other fail to damage a PzIV !

I also discovered a couple of rules I had misinterpreted in first outing.
Main one was to do with Cover and Line Of Sight wherein in last game we had given fields and orchards too much blocking 'power' to LOS when they are only a hindrance factor of -1 allowing units to shoot through/over such terrain.
In last game we had treated them as blocking terrain such as buildings or woods allowing LOS only to and from edge.
This of course made a impact on Observers and shooting opportunities generally.
Also in Close Combat a Leader counts as a unit which I had missed last game.

I really like the new 'Section' equivalent type firing and how a lot of the old style factors are now subsumed into Combat Results Tables.
All in all really enjoy this version of Panzer Grenadier.
For 15mm games these along with Battlegroup Kursk/Overlord would be my main sets of choice with IABSM coming close behind.

A few pics of todays action with Stephens Germans replacing mine 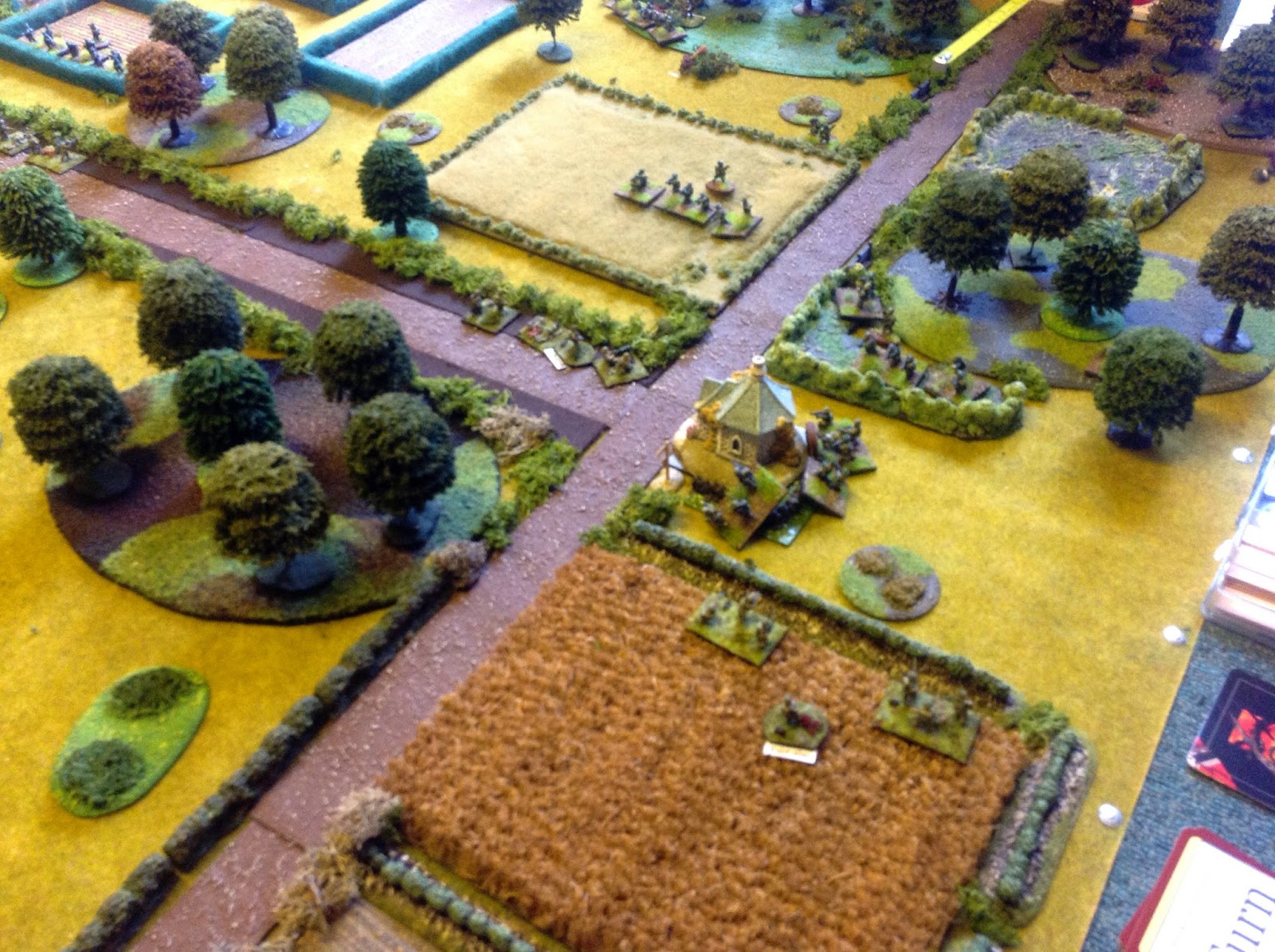 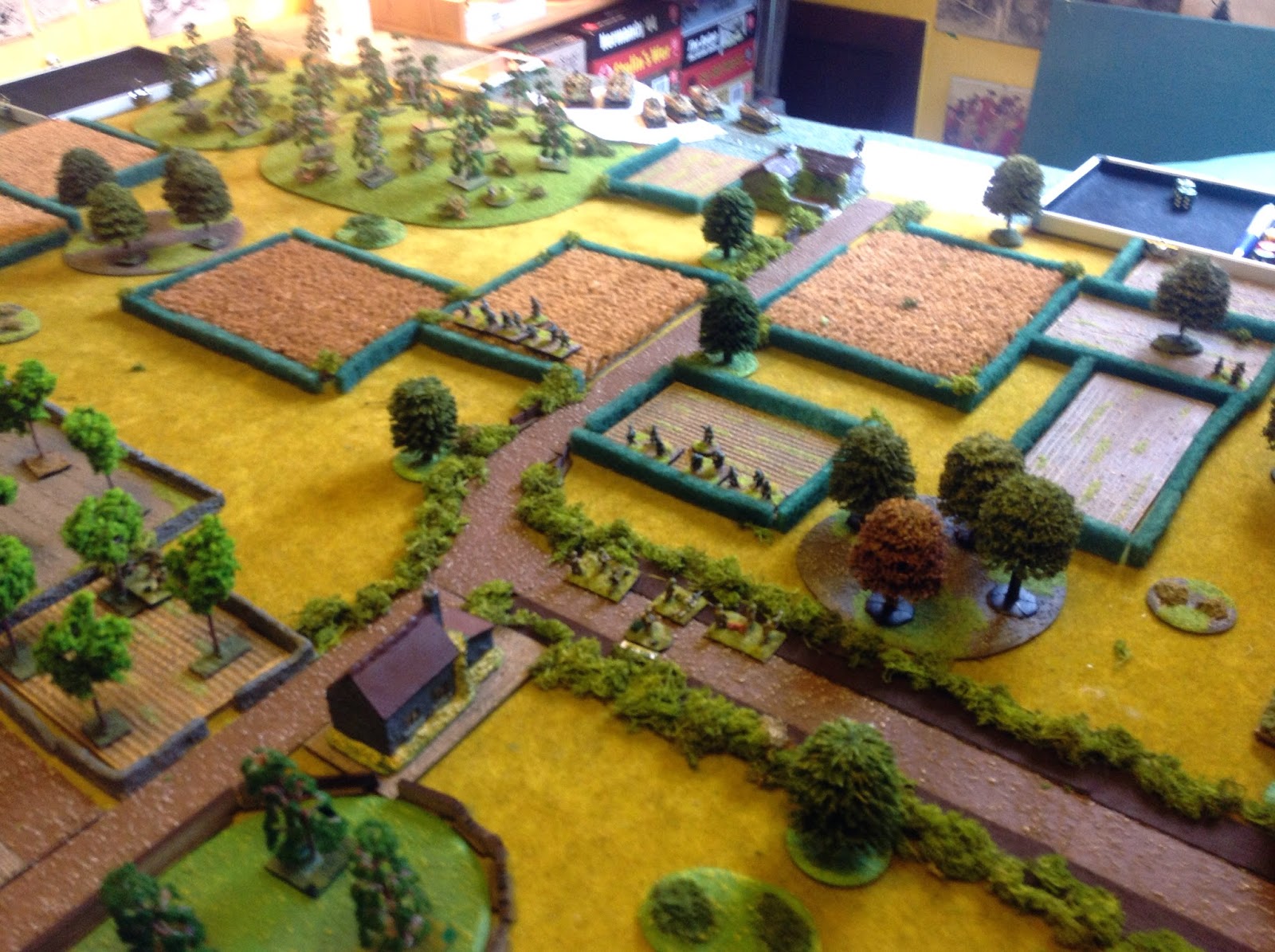 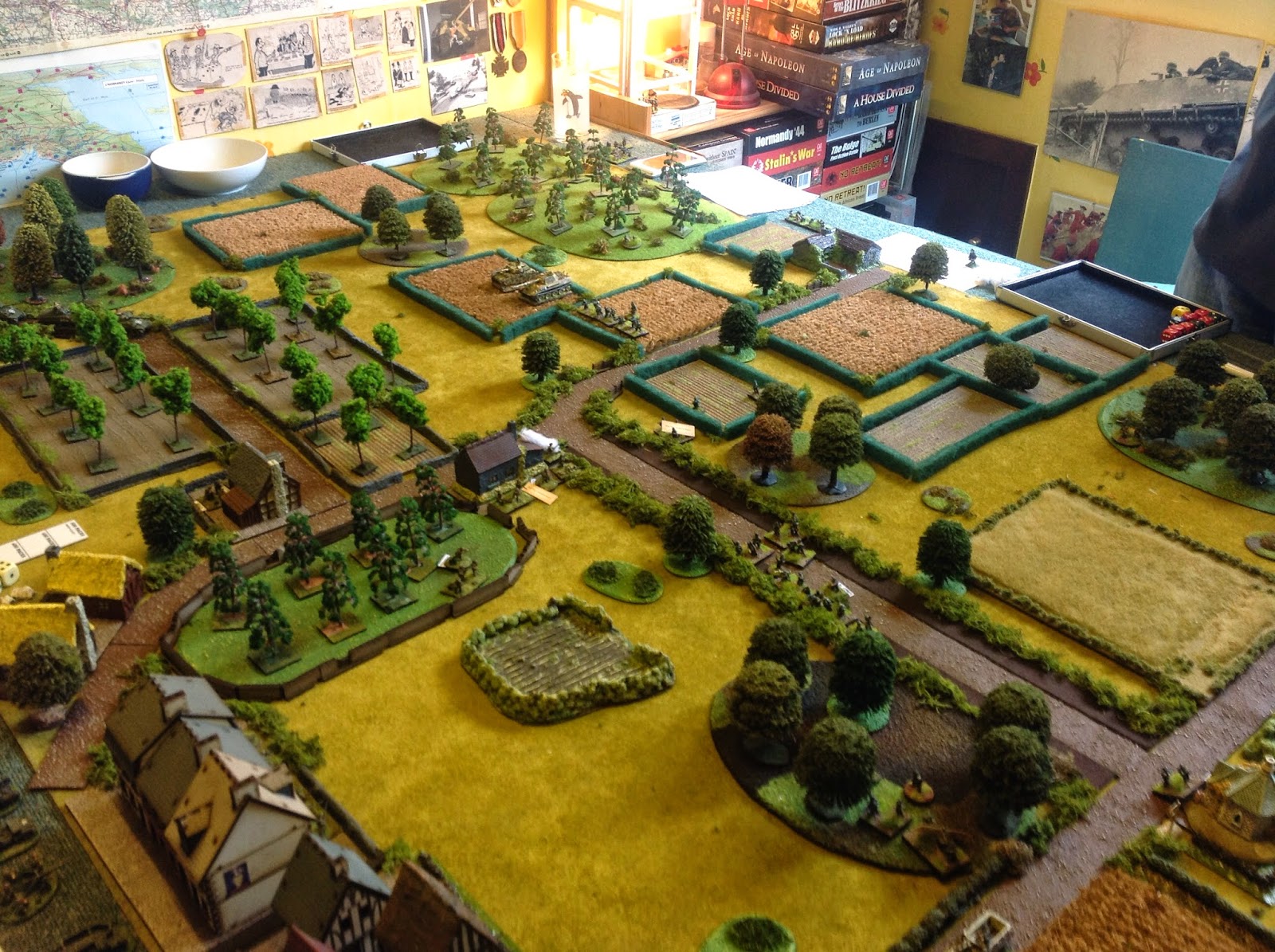 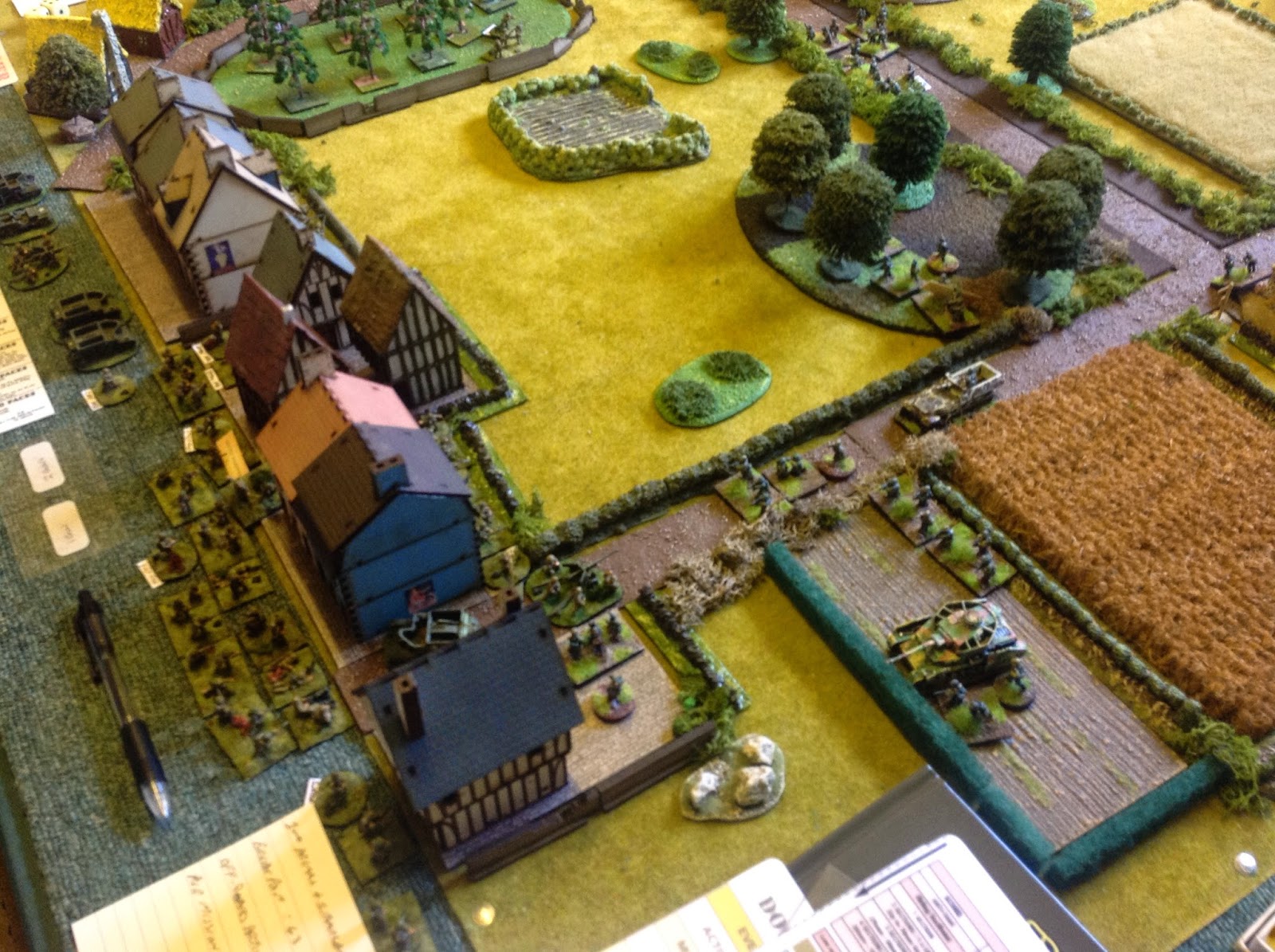 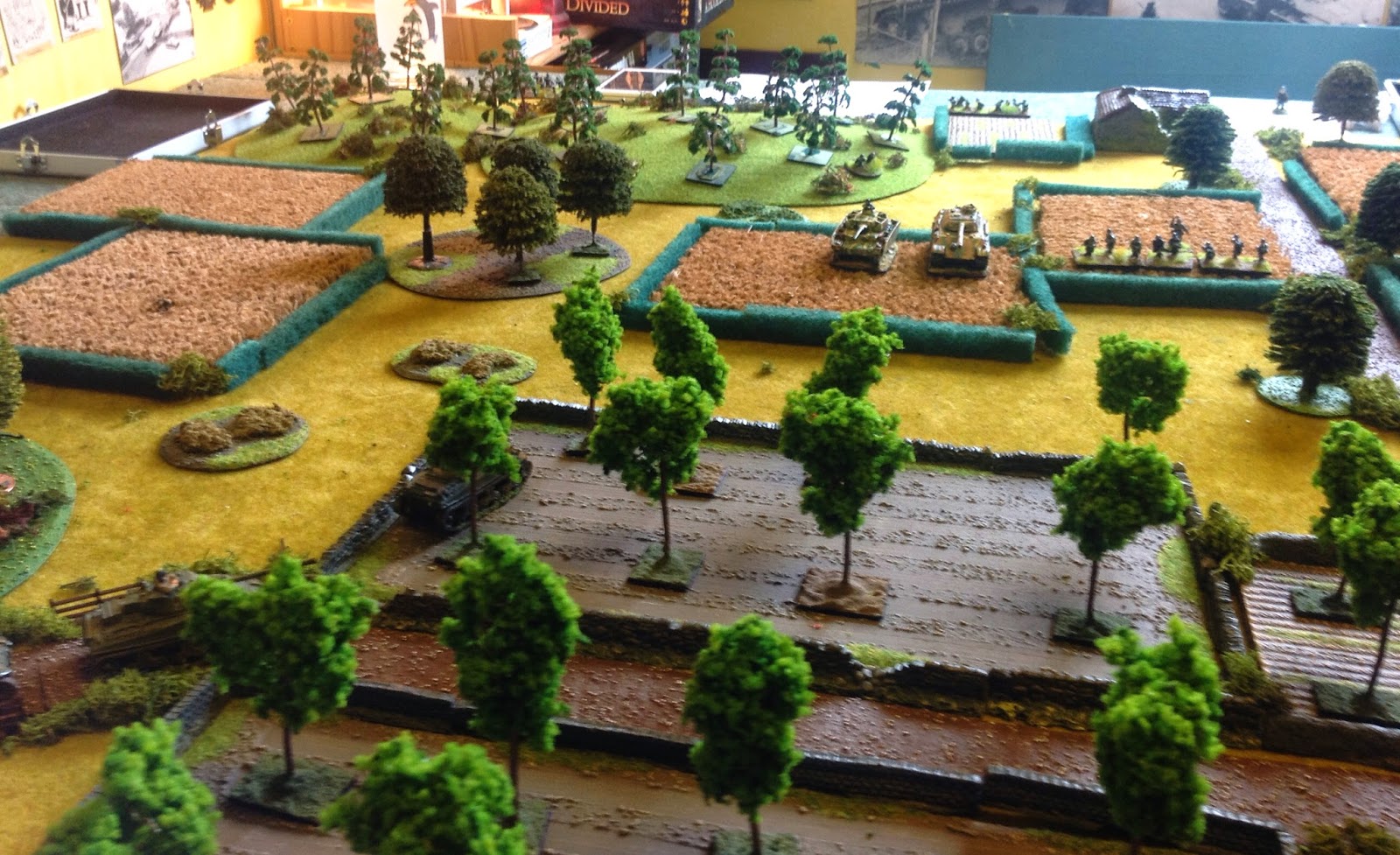 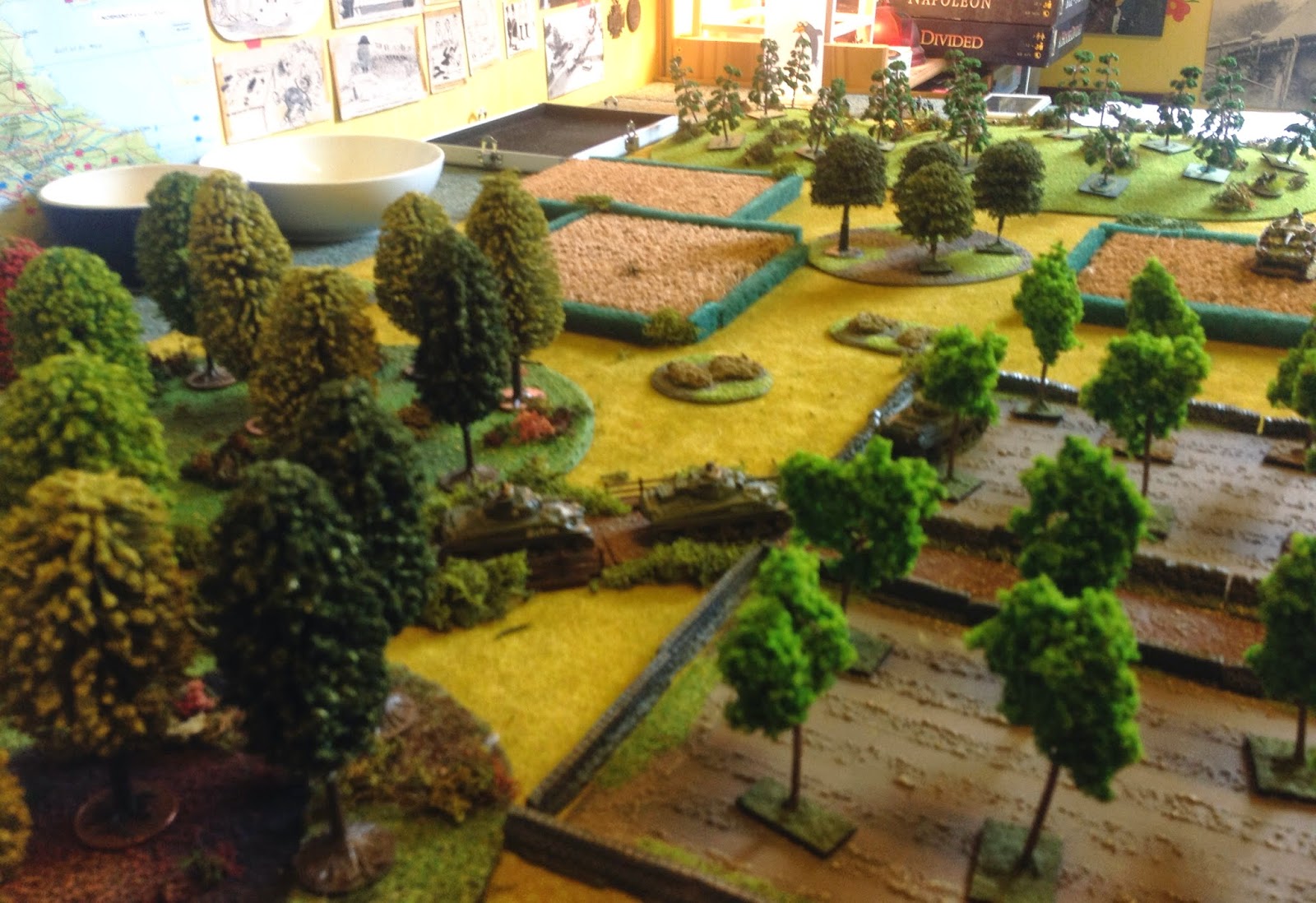 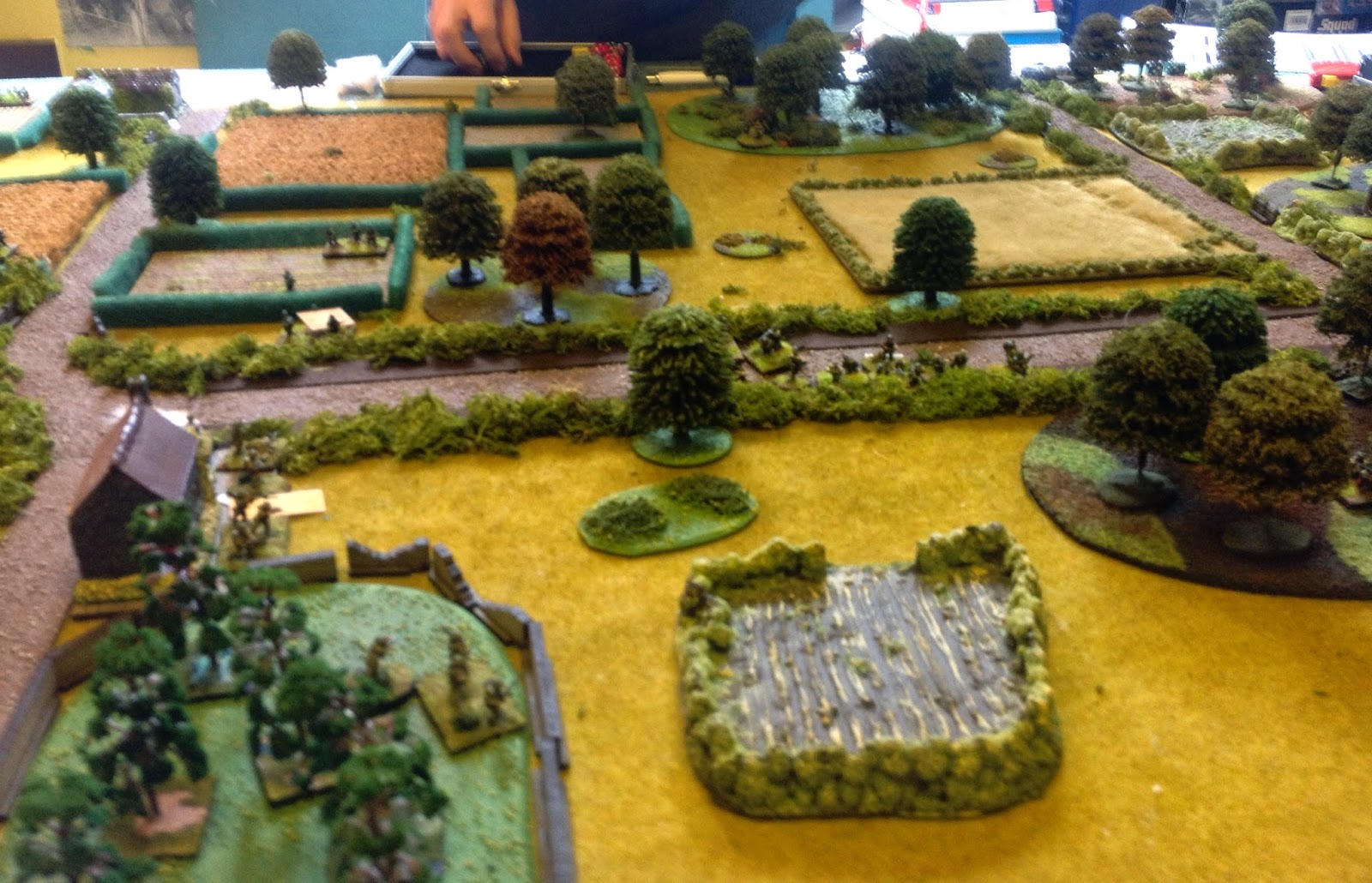 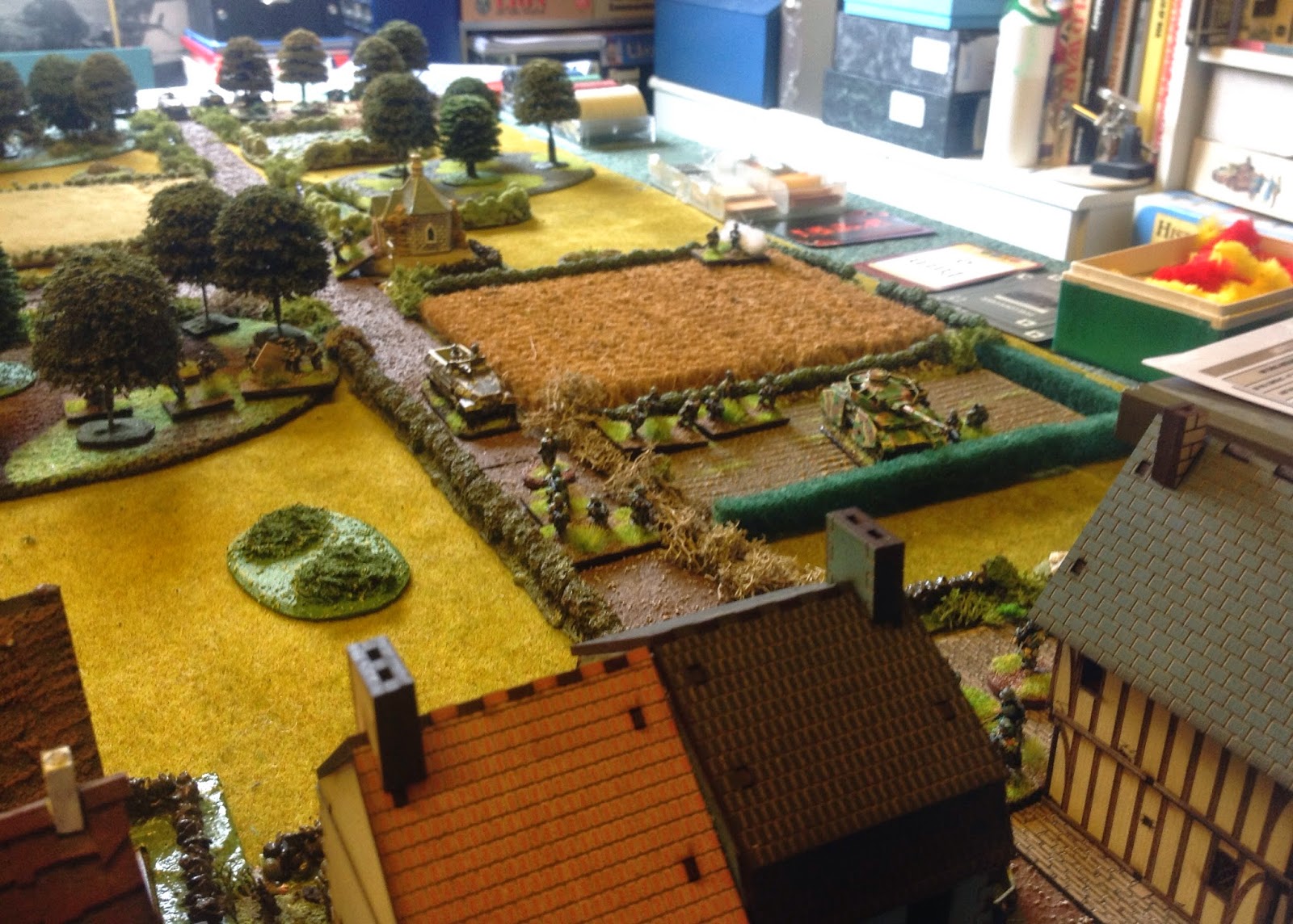