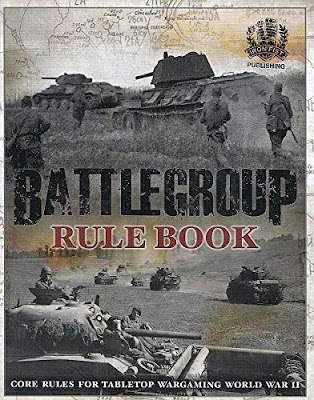 Another scenario from KG Normandy book played using Battlegroup rules this time with Stephen as US and me with attacking Germans.
Scenario set around Carentan with elements of 17th SS and 3rd FJR and several StugIIIGs against Yank units including some battered Paras and eventually 9 Shermans and some Armoured Infantry.
Very open terrain for Germans to attack across which meant death for my Soldaten.
Germans had limited Artillery support (£ high priority General Support stonks)
Armour battle proved fairly bloodless with only a single Sherman brewed and no Stugs lost as both sides reluctant to close range and so most shots requiring 6 to hit then 8 or 9+ to kill.
One quirk we noted in this game is that Infantry in the open can mitigate losses of 2 or more by taking a single loss and falling back Pinned but if same Infantry are in cover (such as behind a hedge) they lose this option.
Whilst hitting them is one point harder and they save on a 5-6 compared to a 6 in the open we found that casualties were such that fall back option would have be preferable.
Germans took a lot of chits Unpinning units to try to move forward and along with lost units they exceeded their 39 Battle Rating long before Yanks (who had a whopping 53 or more)

Battlegroup system is certainly very fast playing and slick (I personally love the Orders and Battle Rating system) but it is a tad 'WW2 lite' in several aspects betraying at times its Warhammer genesis (6 to Hit, buckets of dice to Damage and/or Save).

It is however a fun game and always nice to get  WW2 kit on a table and play a game to completion in a few hours. 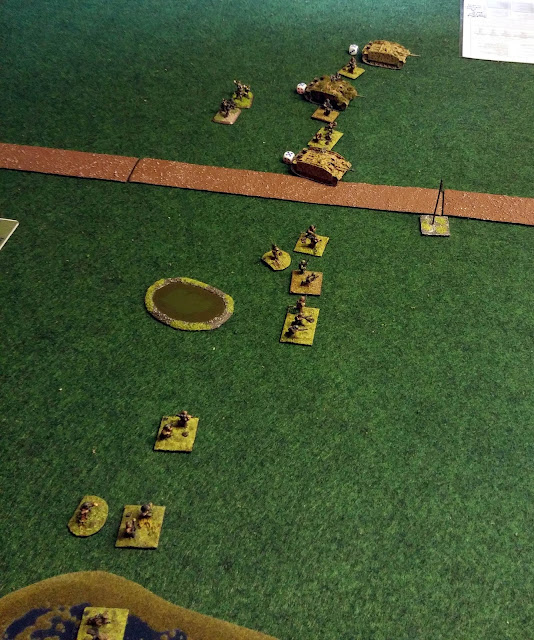 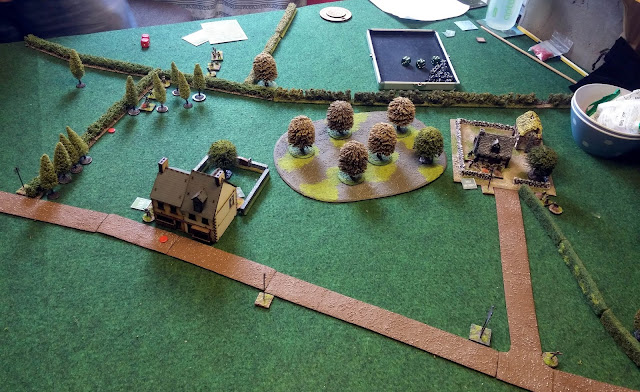 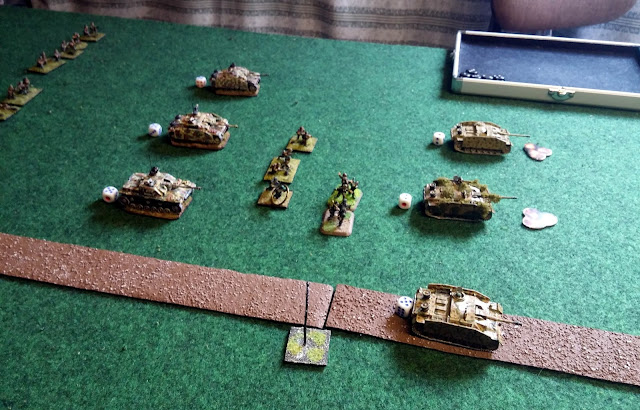 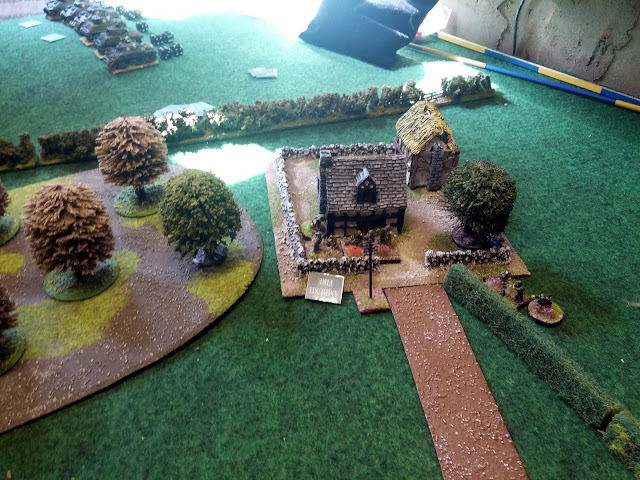 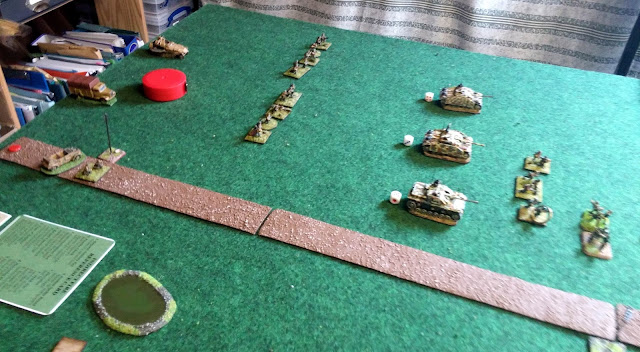 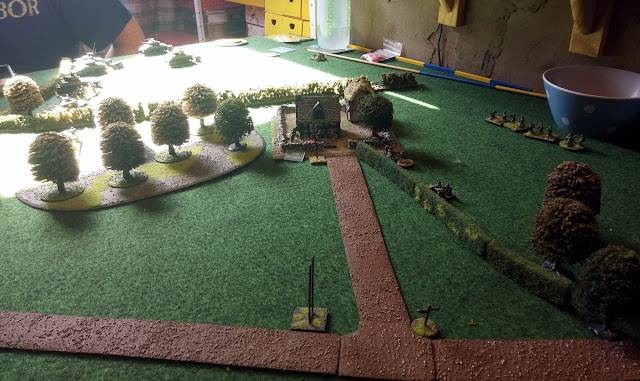