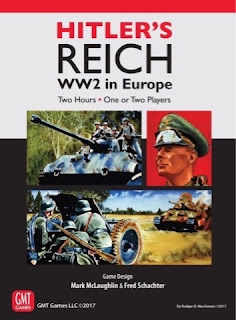 Another couple of play throughs of this highly playable game with my Dad tonight.
First game was over fairly quickly as Barbarossa failed for Axis and my Allies has a good run of cards and successful Events and Attacks whittling the Axis hand to zero for auto win.
Second game was a much tighter affair as Dad took Balkans and both Tobruk and Suez before launching Barbarossa.
His invasion was successful and his Blitzkrieg actions saw Kharkov, Leningrad and Moscow fall !
However in 1942 the Soviets counterattacked taking back all three Production Centres.
In 1943 we both had a hand size of a mere 3 cards but I was able to win Strategic Bombing Events to force the Axis to zero again for the win.
We learnt a lot in these games including how essential it is for Axis to take Yugoslavia and maybe Greece to protect Romanian and Austrian Production Centers (Austria is also the gateway to Berlin if not protected.
Indeed Axis in 1941 (when hand size and Conflict deck is at most favourable) need to build a decent hand of Events prior to executing Barbarossa or to reduce Allied hand by attacking Western Allied resources.
Excellent little game this, highly abstract but very playable and fun. 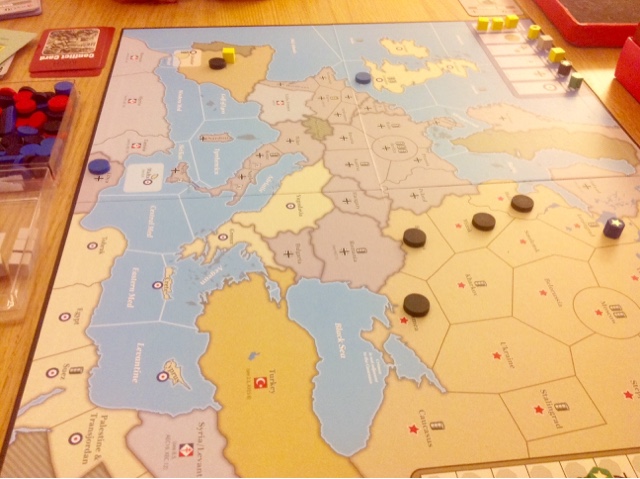 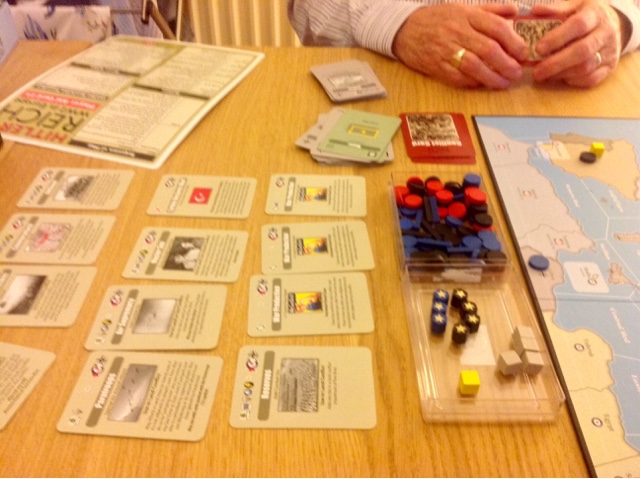 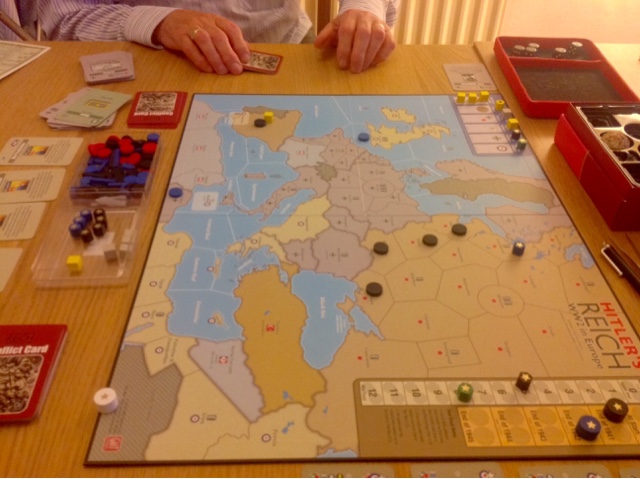 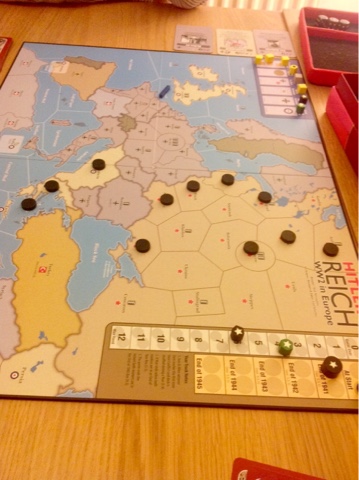