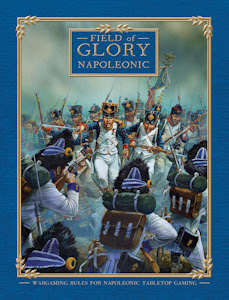 Game with Stephen using FOGN (as I know he prefers points/list type games) which we have not used in a goodly while.

I choose Prussians circa Autumn 1813, Stephen choose 1814 French which thankfully my list also covers (I much prefer historical match ups even in point style rules).

I had forgotten just how much I am impressed by the initial set up system in FOGN with the use of various 'stratagems'.

As it turned out with but ended up choosing Flexible Defence but with French as nominal attackers.

Terrain once again fell pretty much in favour of my opponent after selections, positioning and repositioning rolls.

The game was very enjoyable with FOGN doing pretty much what it says generating a Corps sized game with decent period feel that is playable within 3-4 hours.

Once a Divisional formation starts to suffer losses to its constituent units morale especially with Wavering units it is nigh on impossible to recover but this certainly makes actions such as shooting or melee decisive within the game.

French had 2 Divisions of Cavalry which massed on my right and eventually crushed my wing aided  by a Young Guard Division.

On my left I had 2 Divisions assaulting up a large hill but they did manage to turn this wing but too slowly as losses mounted on right.

FOGN has victory system that stops any 'flogging a dead horse' type games as if one side losses are much higher than their foes the game ends and so French won after inflicting 30% losses whilst sustaining less than 10% themselves. Closer loss ratios mean games carry on.

We found the rules easy to get back into overall only really having queries over Pursuit rules a couple of times, they fairly well written and no errata I could find which is in itself unusual even with a 2nd edition.

Only took a couple of pics as engrossed in game 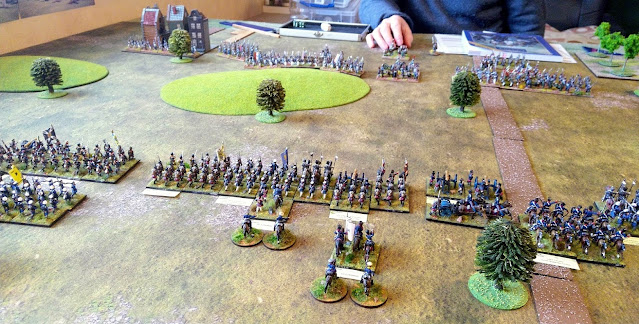 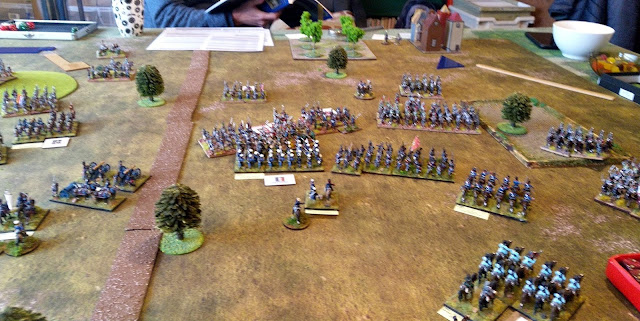