Storm Over Normandy - a solo play 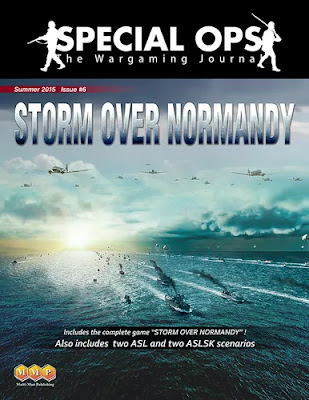 As mate unavailable again this week for usual game, I set up a quick solo board wargame as its been awhile since I have 'fondled' any cardboard warriors.

On a whim I decided to give an outing to Storm Over Normandy a low complexity quick playing 'magazine' game that I always remember I enjoyed playing.

And so it transpired again as with its short rules and low unit count this is an easy game to set up and play.

The 'action' cards included in game are a tad difficult to solo but nonetheless this was an excellent game to revisit.

Tough old task for the Allies as they must better their historical progress in the 8 turns allowed (first 8 days of campaign).

My D-Day landings were ok with only Utah being less than stellar, but US airborne suffered in the Cotentin and overall US performance was sluggish (maybe my card play favoured the Brits a tad)

British were slow getting to Caen but had some good dice rolls and card combos allowing them to invest the 2 city VP locations by turn 6 after surviving a scare around Sword beach from SS units.

But they failed to get to the German reinforcement zones by end of game which hurt their VP tally and so a German win.

Great wee game this no idea if balanced but it sure is fun. 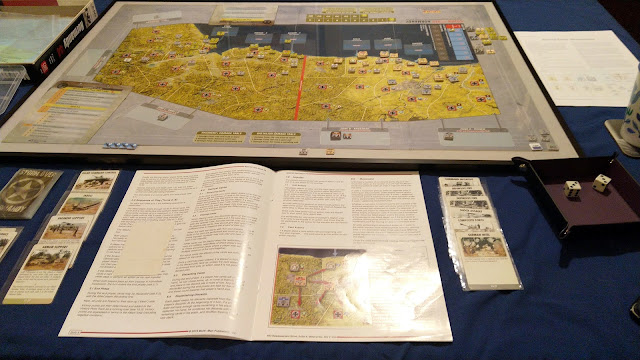 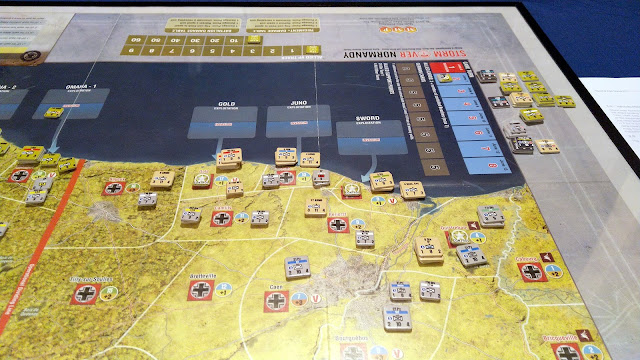 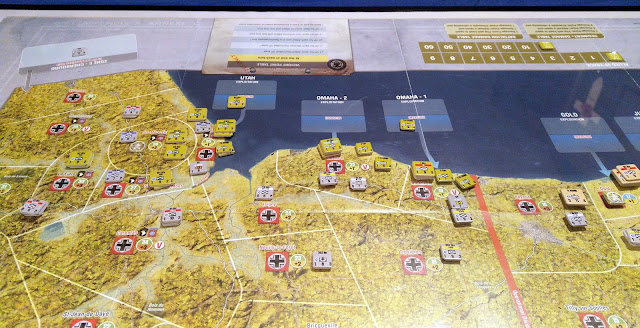