Battle of Warburg with Koenig Krieg 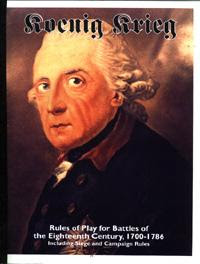 Christmas bash with the chaps at Johns using KK2 and scenario covering Battle of Warburg 1760.

All 15mm terrain and excellent figures from the Brittain Bros (some Prussians standing in as Hessians from Mr P ?) with Mr B umpiring (yet again) and organising scenario (very well done stuff as always).

John and Le Duc took control of French defenders and Mr P and I the Allies (Mr P on left wing I the right).

Armies of roughly equal size with Allies having better quality overall and crucially (for KK2) a +1 Initiative modifier.

The French had set up their forces previously with the bulk of their Infantry (under Le Duc) massed on hill on their right with a river on flank with couple of Cavalry units and gun batteries, whilst the bulk of their numerous Cavalry force (under John) massed on their left with some Infantry and gun support again a watery feature secured their flank.

Allies had Infantry pretty equally split with only a couple of small Cavalry Brigades on table at start (much more arrived a few turns later on my flank) but support from several independent Light Infantry and Cavalry units (Legion Britainique) of which I had one unit of skirmishers as a couple of large woods on my flank.

Units were set up 12" from French lines so pretty much right it from get go !

I am too lazy today to outline battle blow by blow (Le Duc will no doubt spin a suitable yarn on his Blog along with better pics than mine) but highlights on my side was my well above average and in fact borderline awesome dice rolls...............yes folks you heard correctly the dice loved me for once !!!!!!!!!!

As an example a unit of British foot fired with 8 dice and scored 7 hits wiping out a unit of French cavalry in one fell swoop.

I also rolled well in most of my combats winning more than I lost (again !!!!!!!!!!) much to Johns chagrin and the French cavalry wing was in hip hip hooray complete disarray.

Did not have entirely my own way as my Elite 12 strong heavy cavalry unit was mugged by 2 French units (2 vs 1 is way to go) and infantry in center expended themselves against French counterparts.

Ultimately however on turn 8 we both tested Morale (French had 3 broken Brigades Allies had 2) and both armies rolled poorly and retired bloodied from the field.

Only rules issue we encountered this time was how to resolve an Exploitation Charge as we got rather muddled as to who could do what and when.

But overall this was an excellent game with great figures, good company and superior waffle/banter levels (which continued long afterwards at local Restaurant troughing session)

And as expected a much fuller and much handsomer report on Le Ducs blog https://warfareintheageofcynicsandamateurs.blogspot.com/2022/12/warburg-1760-christmas-bash.html 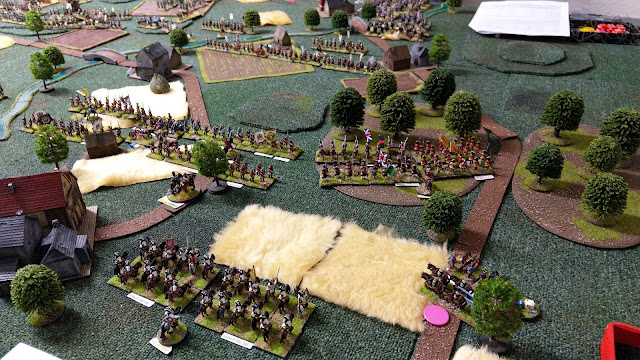 As their comrades also push forward on left toward defended hilltop 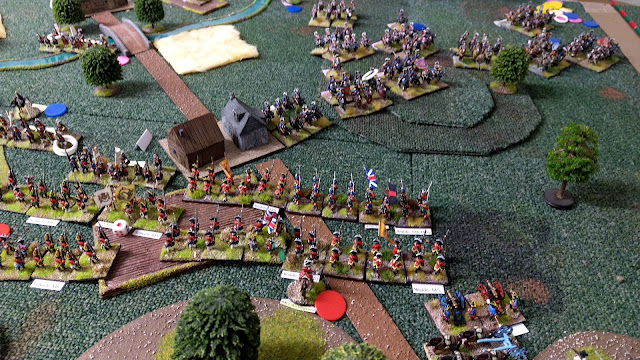 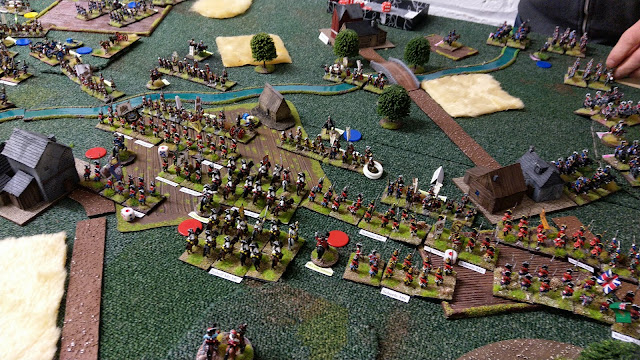 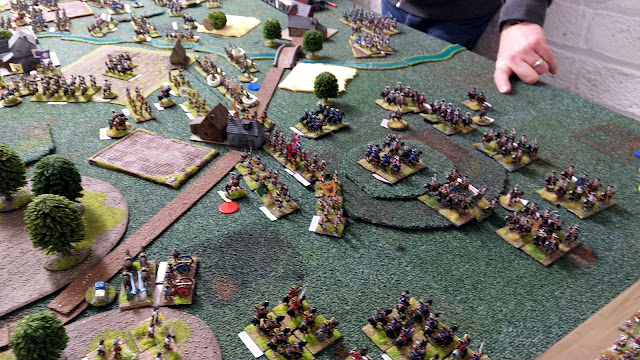 French being pushed back in center (but I was too weak to exploit) whilst Allied left wing stymied at hill. 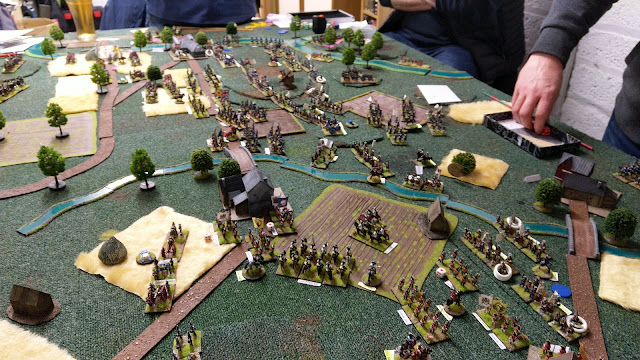 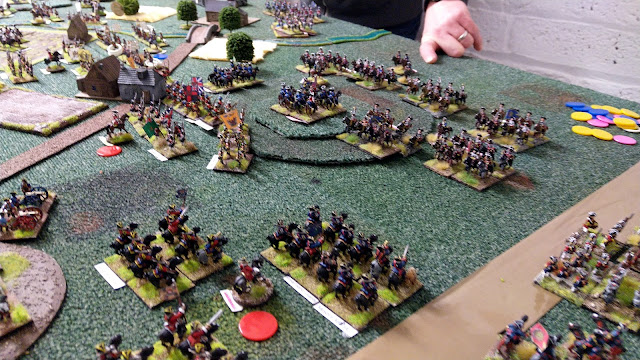 But French mounted in all sorts of bother on hill 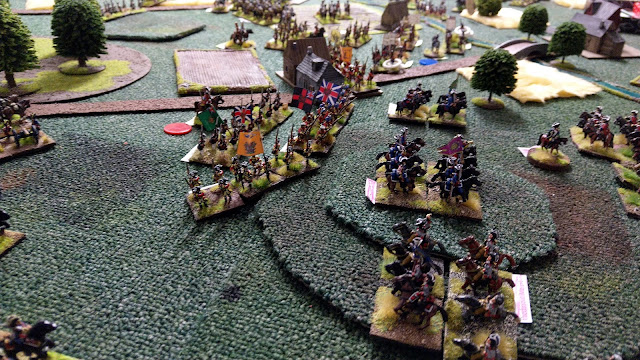 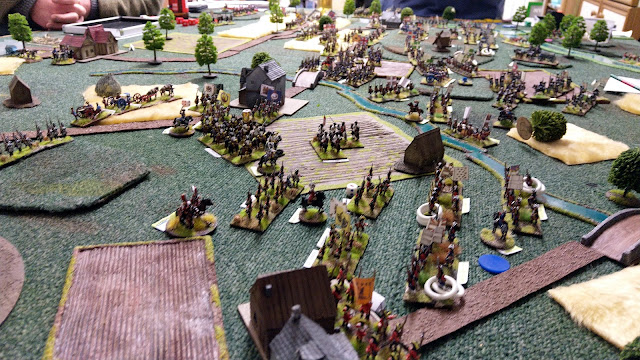