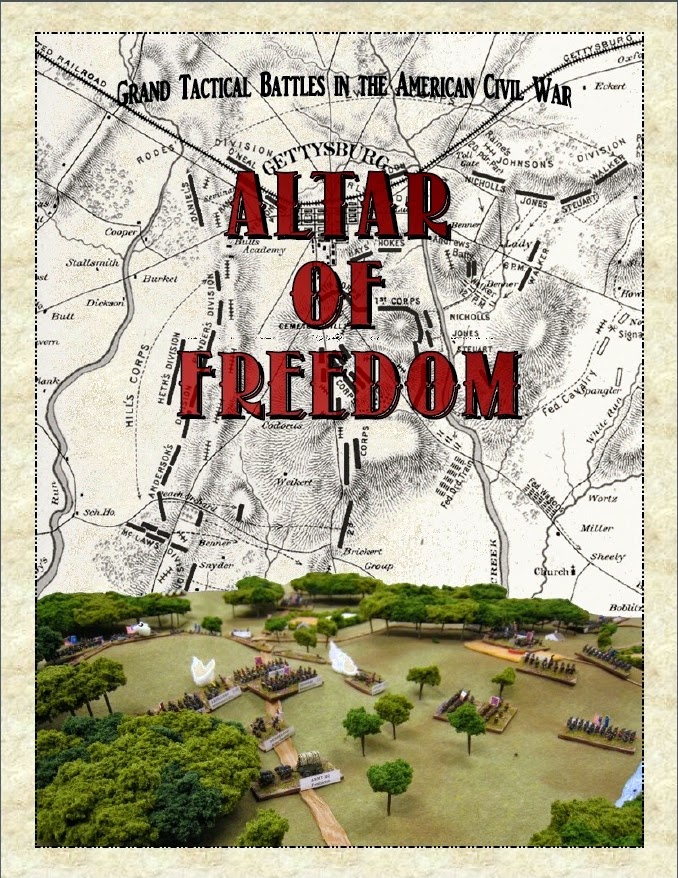 Game at Stephens today to try out a set of fast play big battle rules for American Civil War entitled Altar Of Freedom, using his Federals and his brother Johns Confederates.
A very good set of rules for the scale the are designed for which is each stand equals a Brigade.
Rules are fairly simple as regards shooting and combat with only a very few modifiers applying.
The hub and flavour of the game revolves around the Command Points available for each Division and the CinC which players use to 'bid' for Initiative.
Lots of decision points around this as to whether to bid to take initiative and to 'control' the game clock (of which more later) or to use points to activate Corps and their Divisions.
This is combined with every General having one or more traits assigned to him such as Inept, Revered, Dour, Unreliable and at least two dozen others, all of which affect his points how he allocates of uses them.
A turn 'clock' (in this case a D12) is used with players both rolling at the end of each 'impetus phase' and initiative holder deciding which dice roll to use to reduce this Time Clock by therefore generating a randomness to length of each game turn.
This can mean Corps assigned low Impetus may not get to activate in a turn.
Rules are fairly brief being only a dozen pages including examples.
They therefore leave out some detail in their definitions but mostly these can be sorted through common sense approach.
Only real problem we encountered was defining a flank charge (Enfilade in rules) as not defined where one can or cannot start from only how it must end up.
The game was taken from one of the copious scenario books available and was action at Stones River/Mufreesboro.
With 25 plus Union Brigades and associated artillery against 16 or so Rebel Brigades this is a real big battle set and worked really well with the 6mm kit on Brigade bases.
Only anomaly was the chaps had Brigades on correct width (60mm) but double depth (60mm instead of 30mm) which required a bit of jiggery pokery with support units and recoils.
Stephen and John being Civil War nerds/buffs/anoraks liked the system as it allows full actions to be played on 'normal' sized table.
Only comparable set I have tried is Volley and Bayonet which I disliked and Polemos ACW which the chaps have tried and also disliked.

Lots of pics showcasing the troops of which the vast bulk are Baccus with a few Adler mounted types. 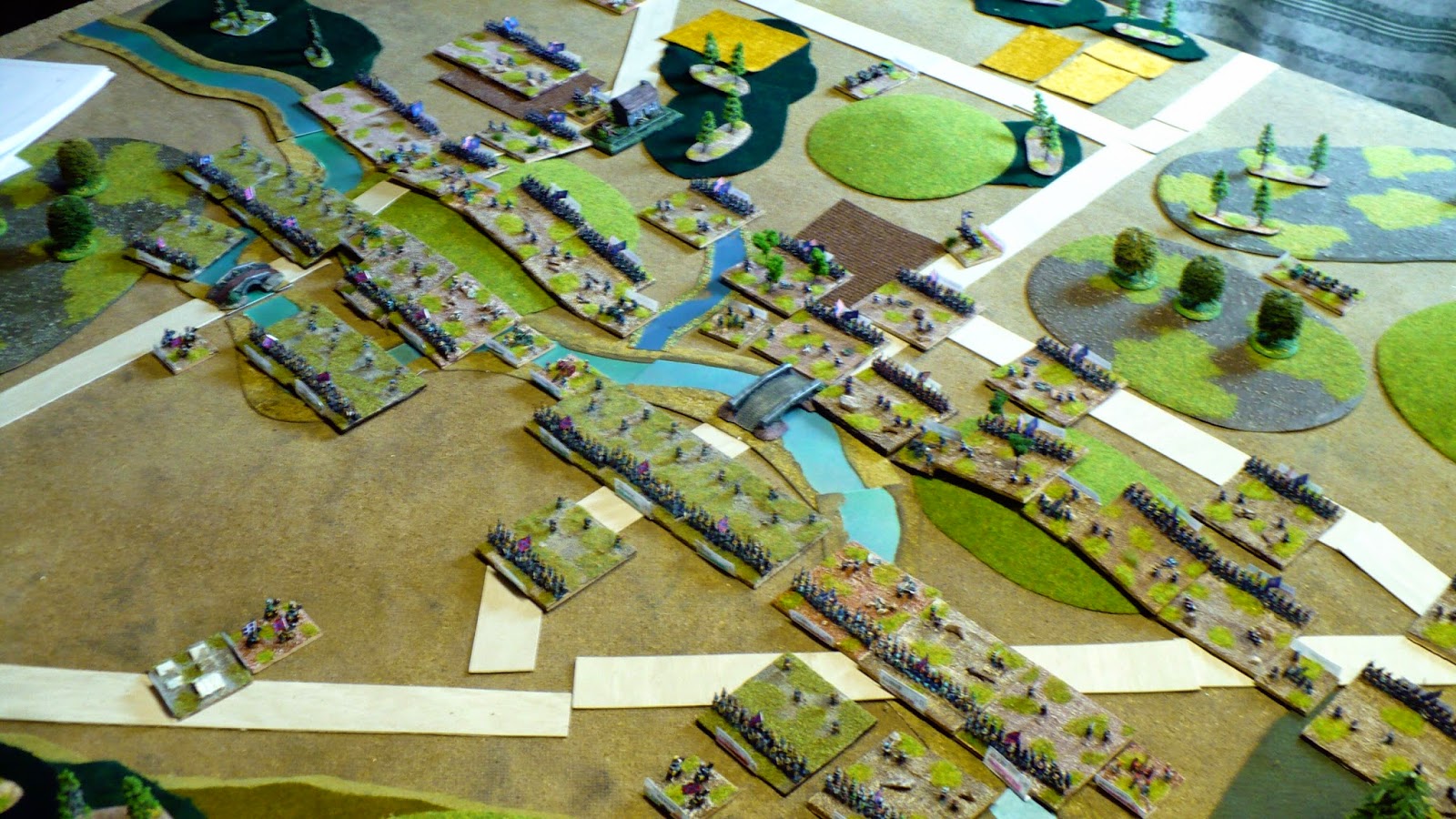 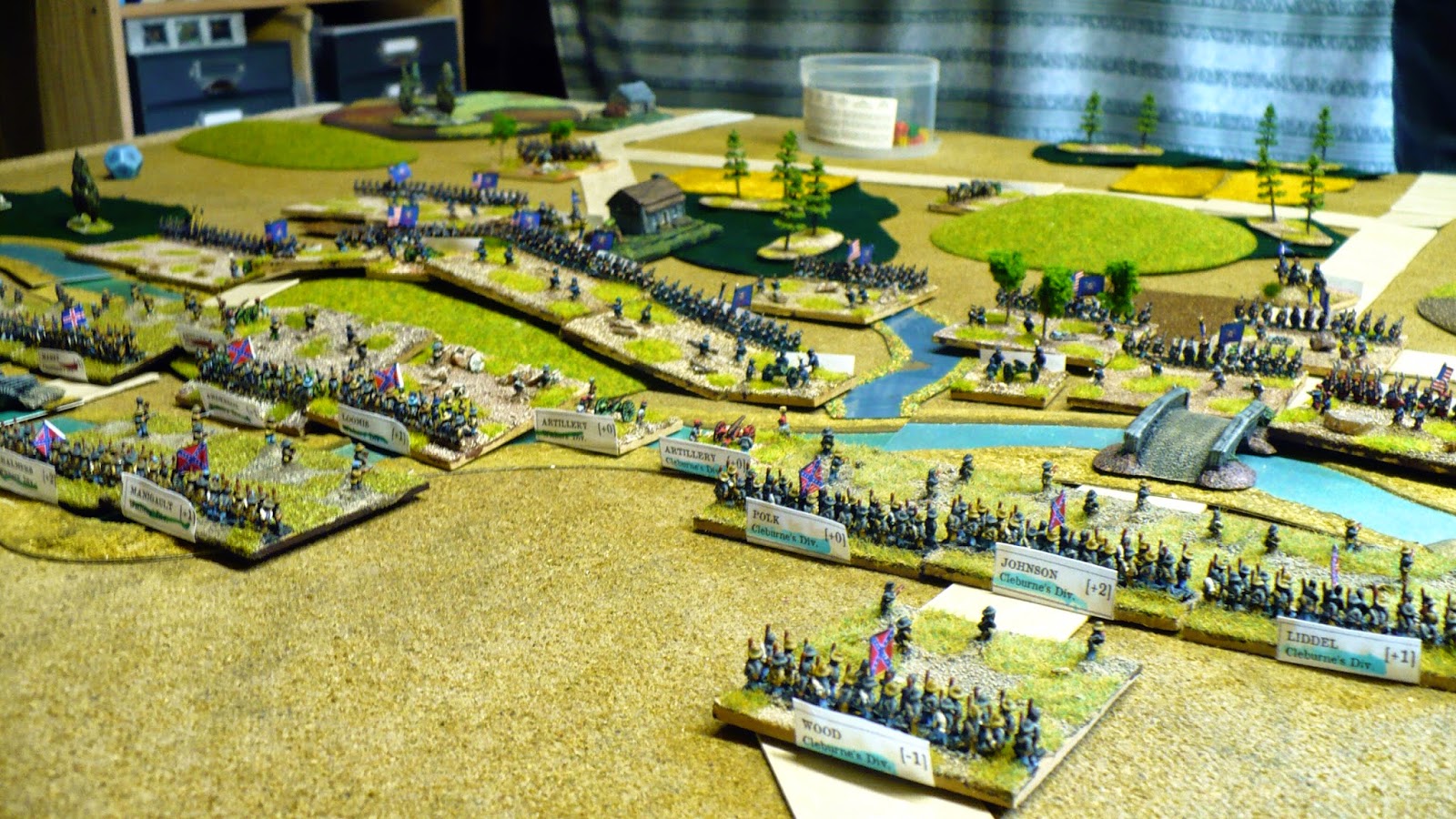 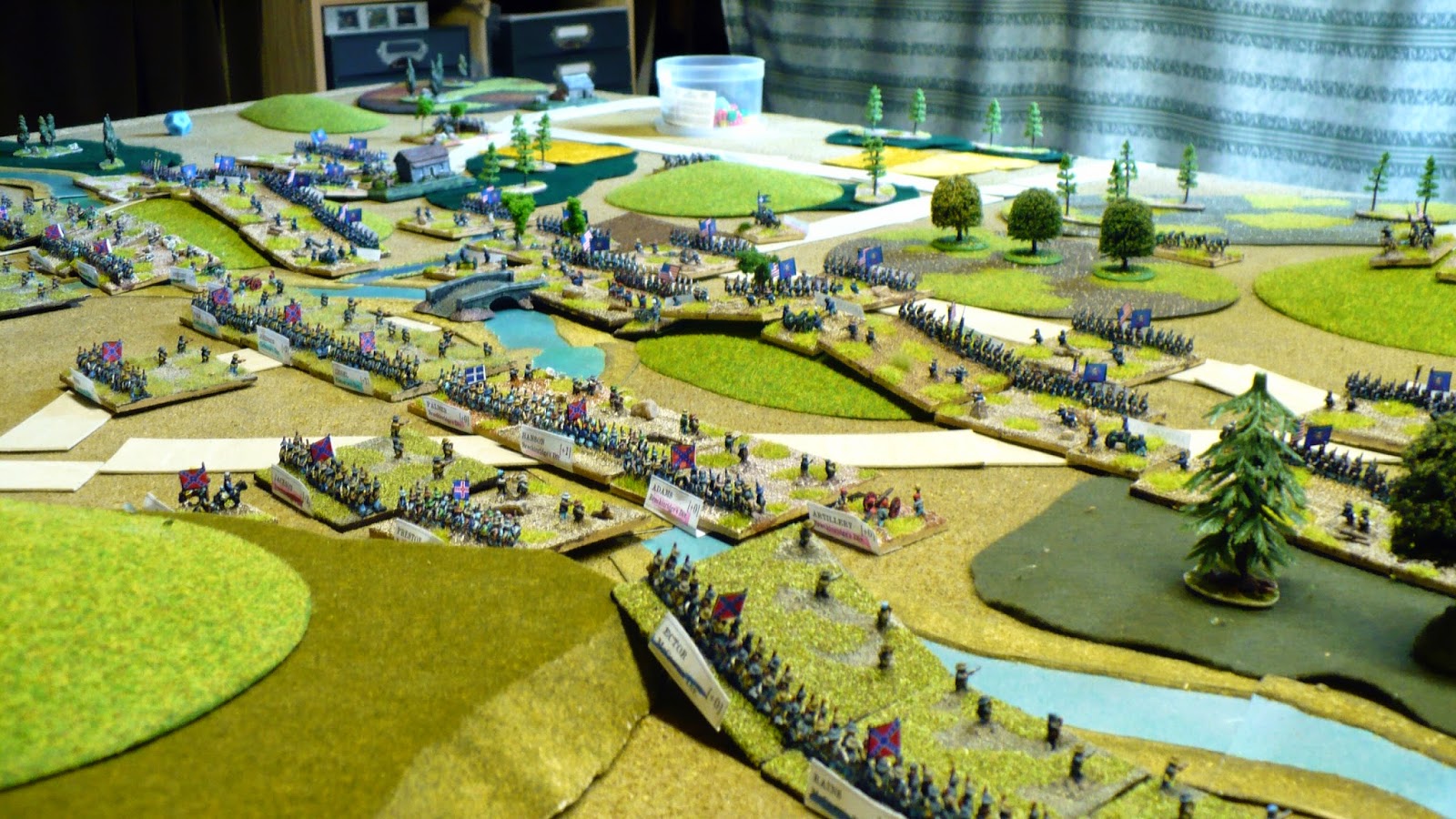 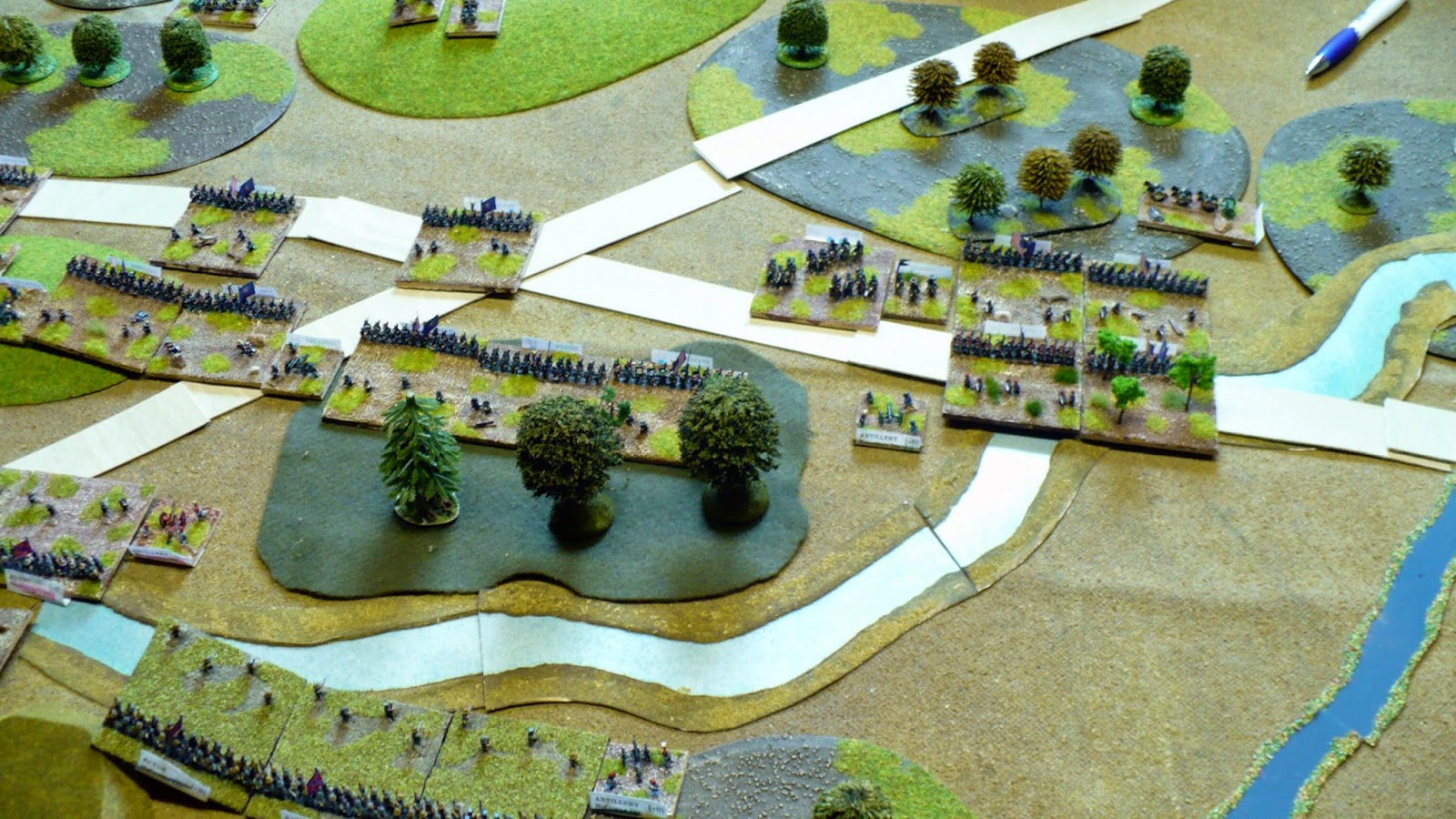 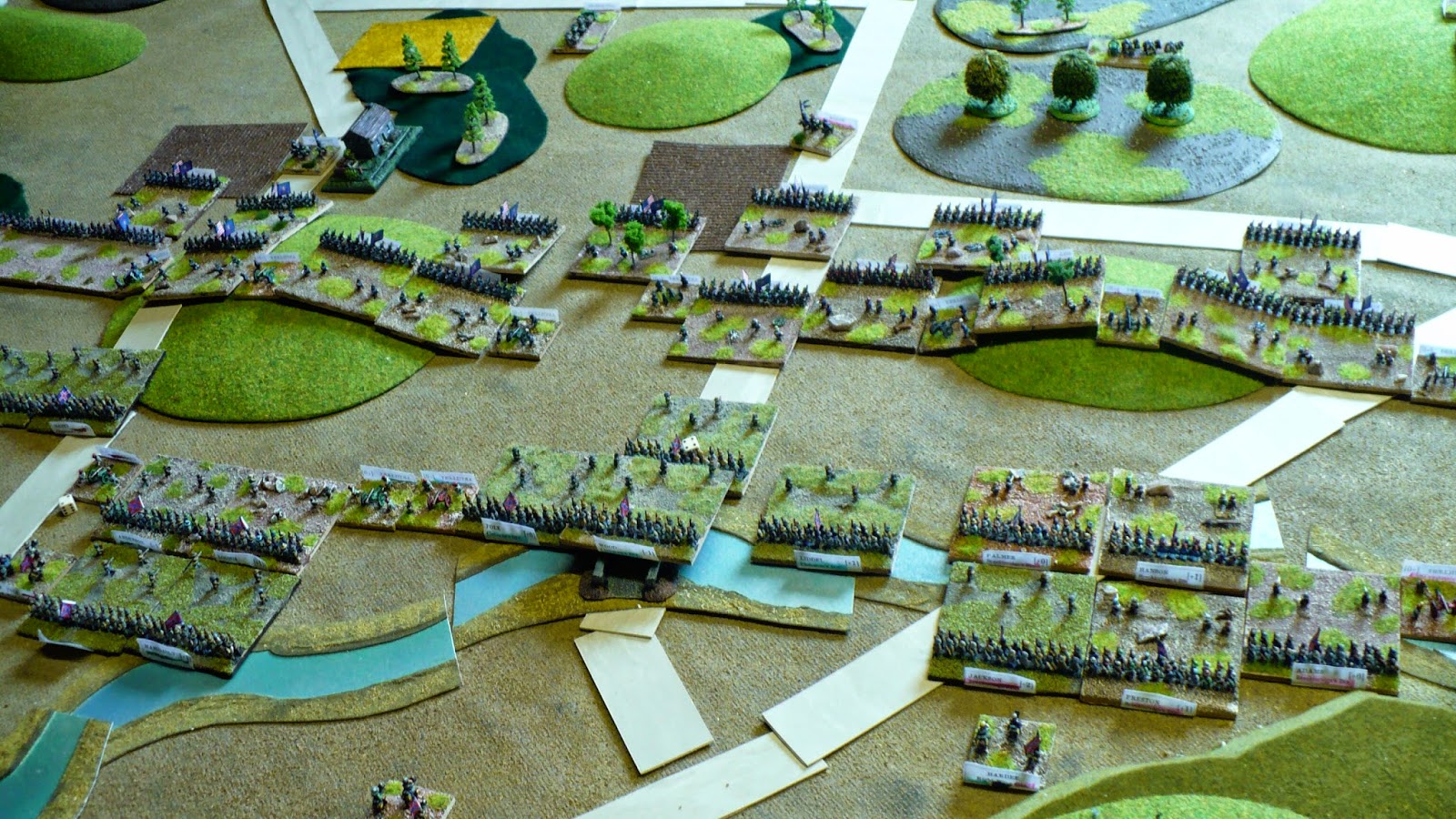 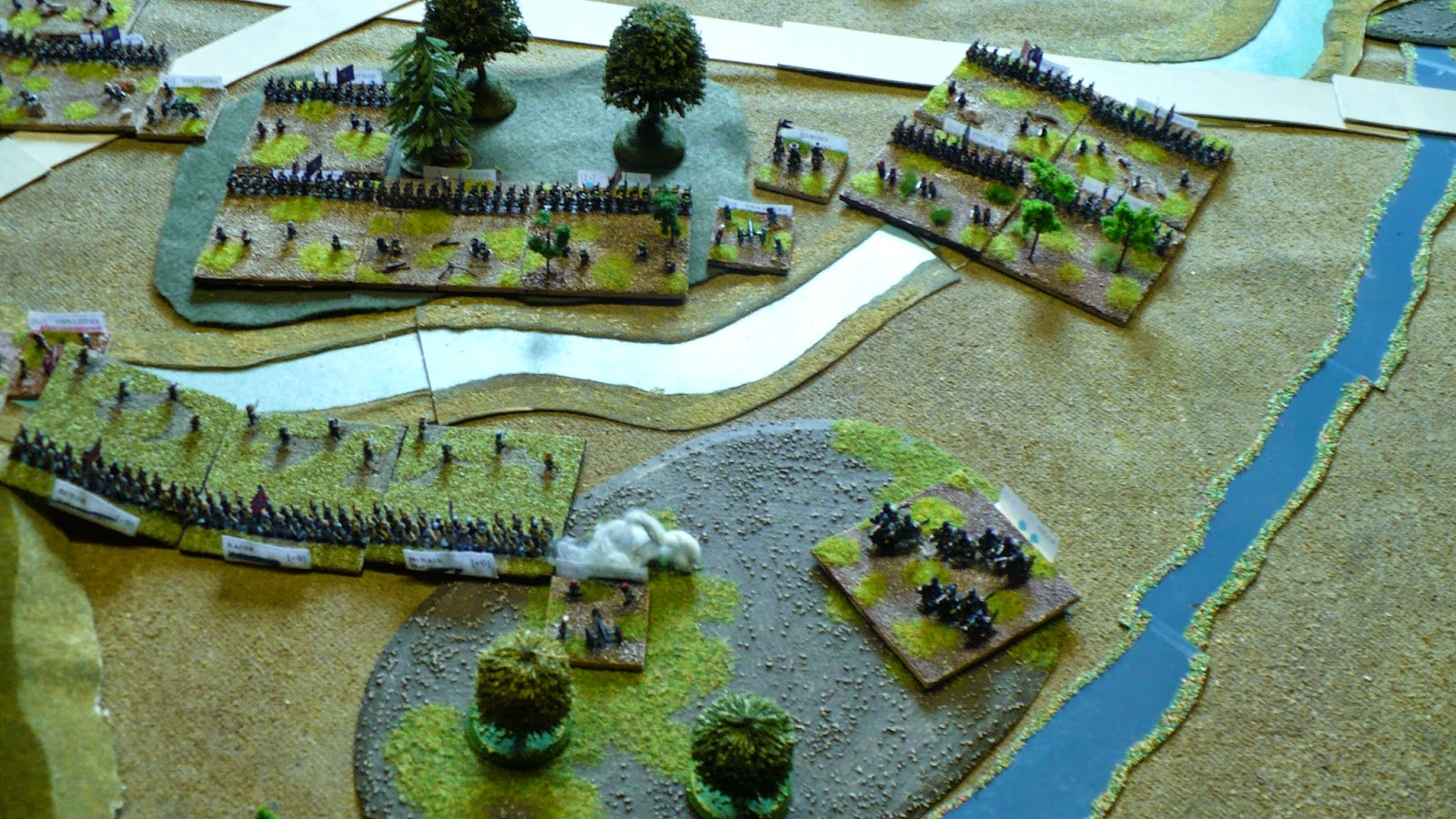 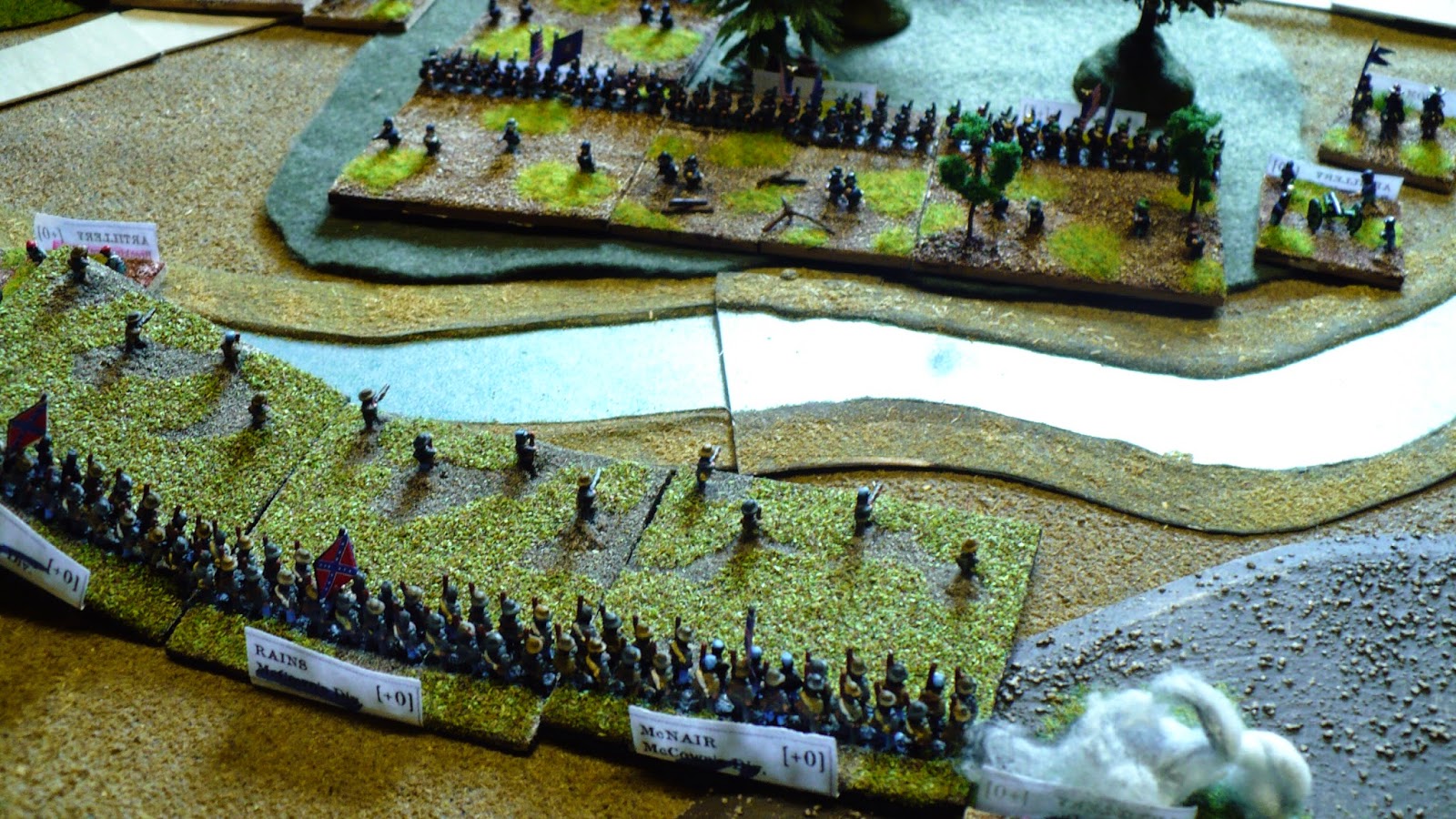 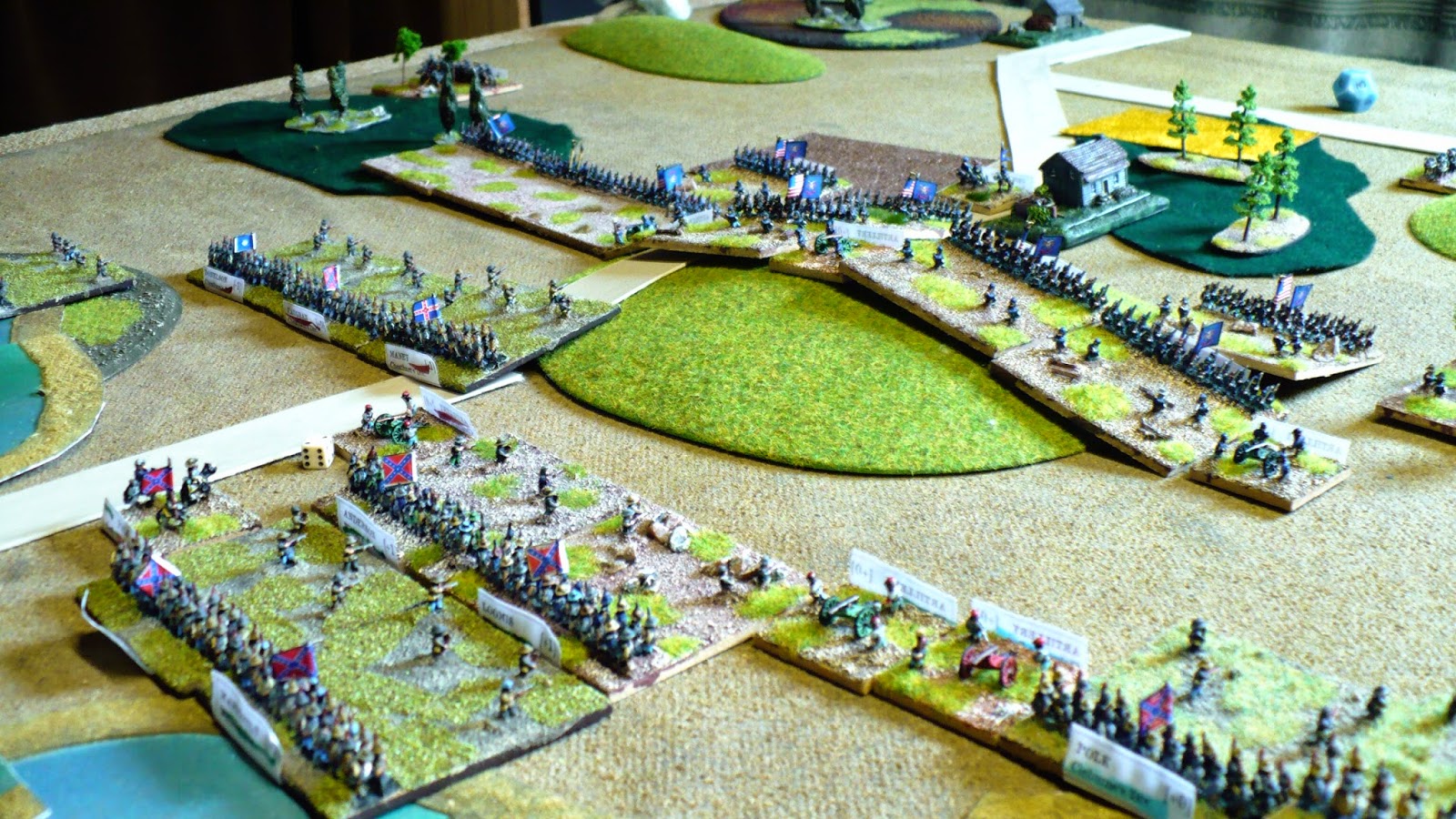 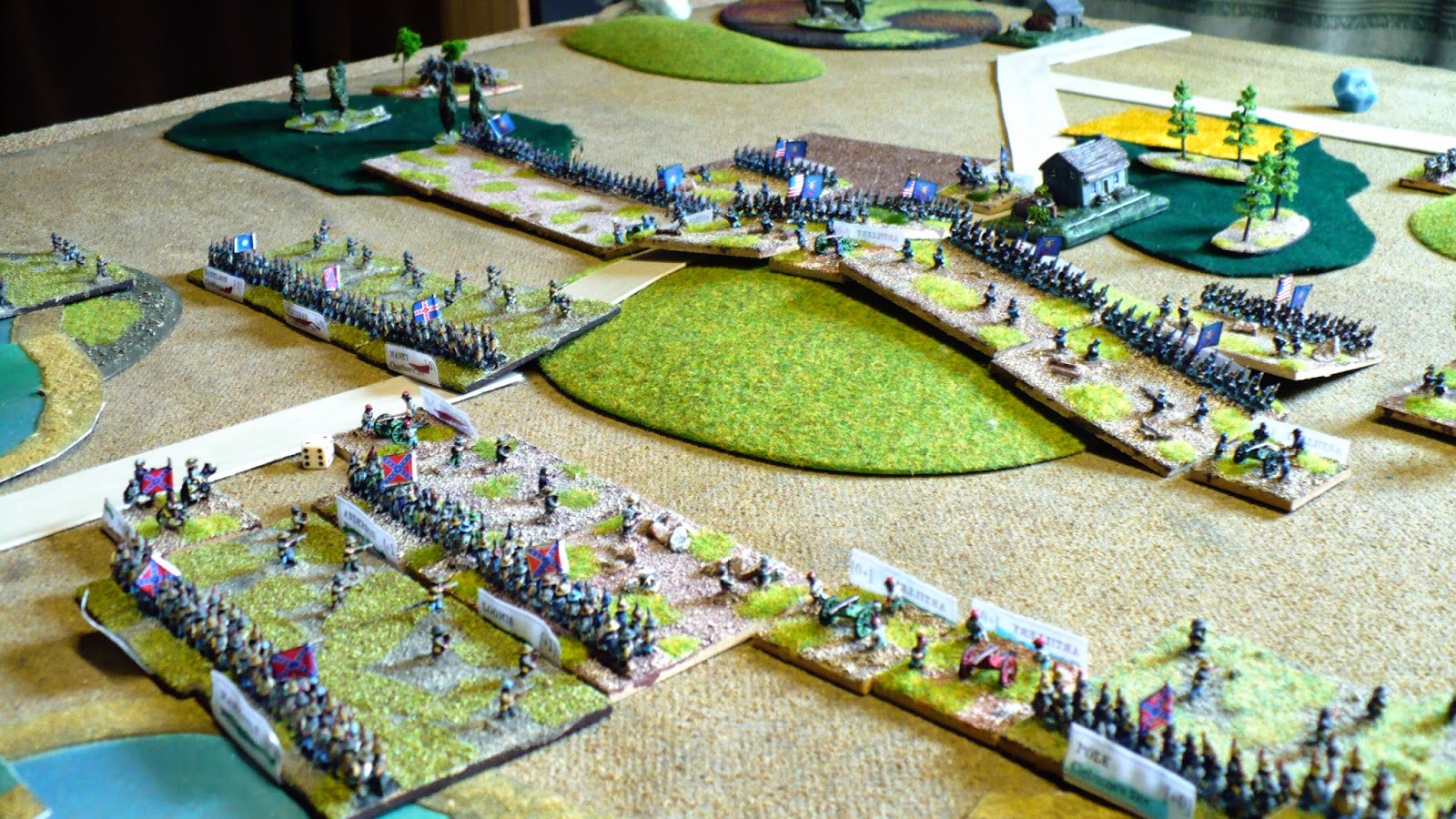 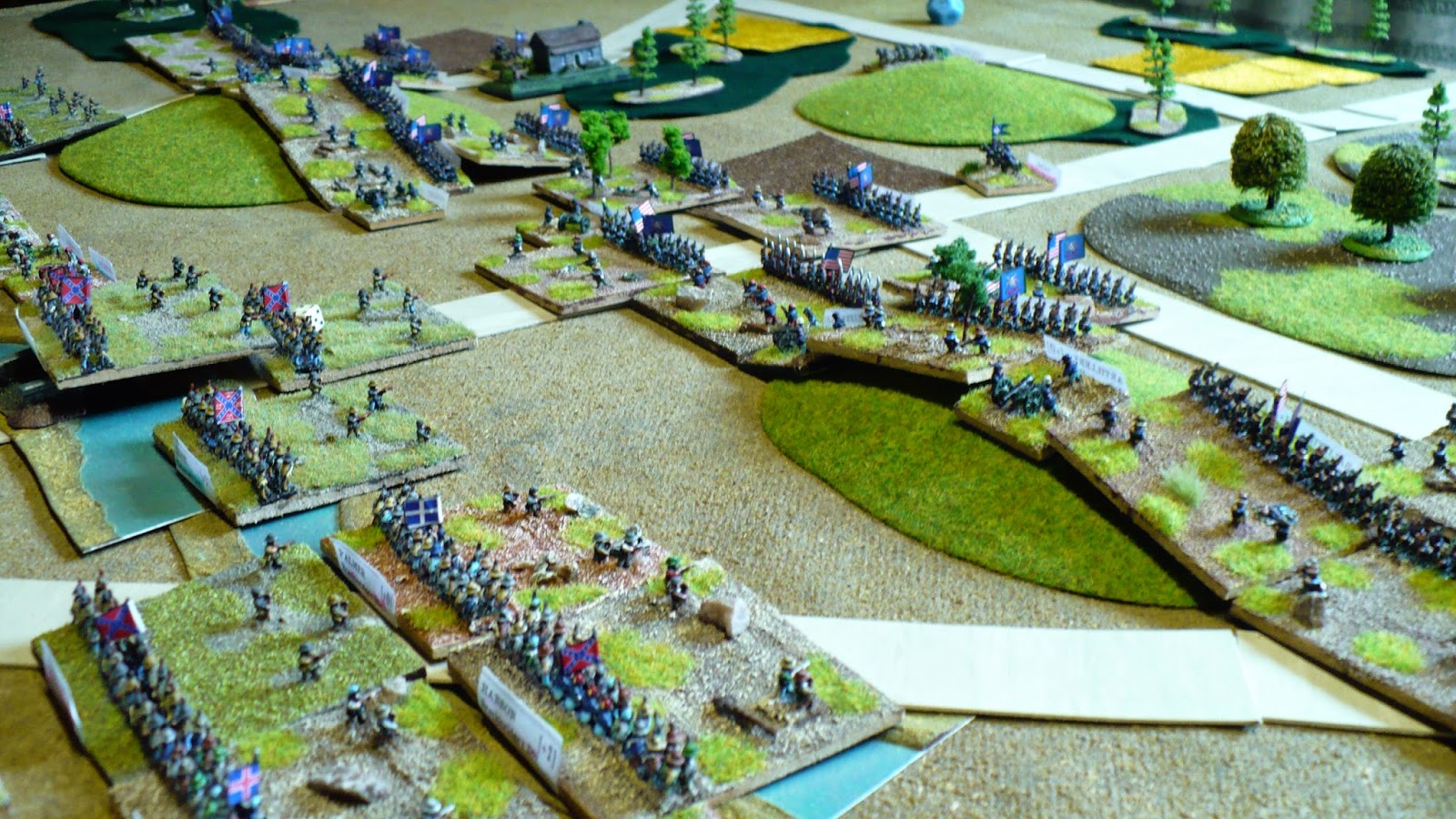 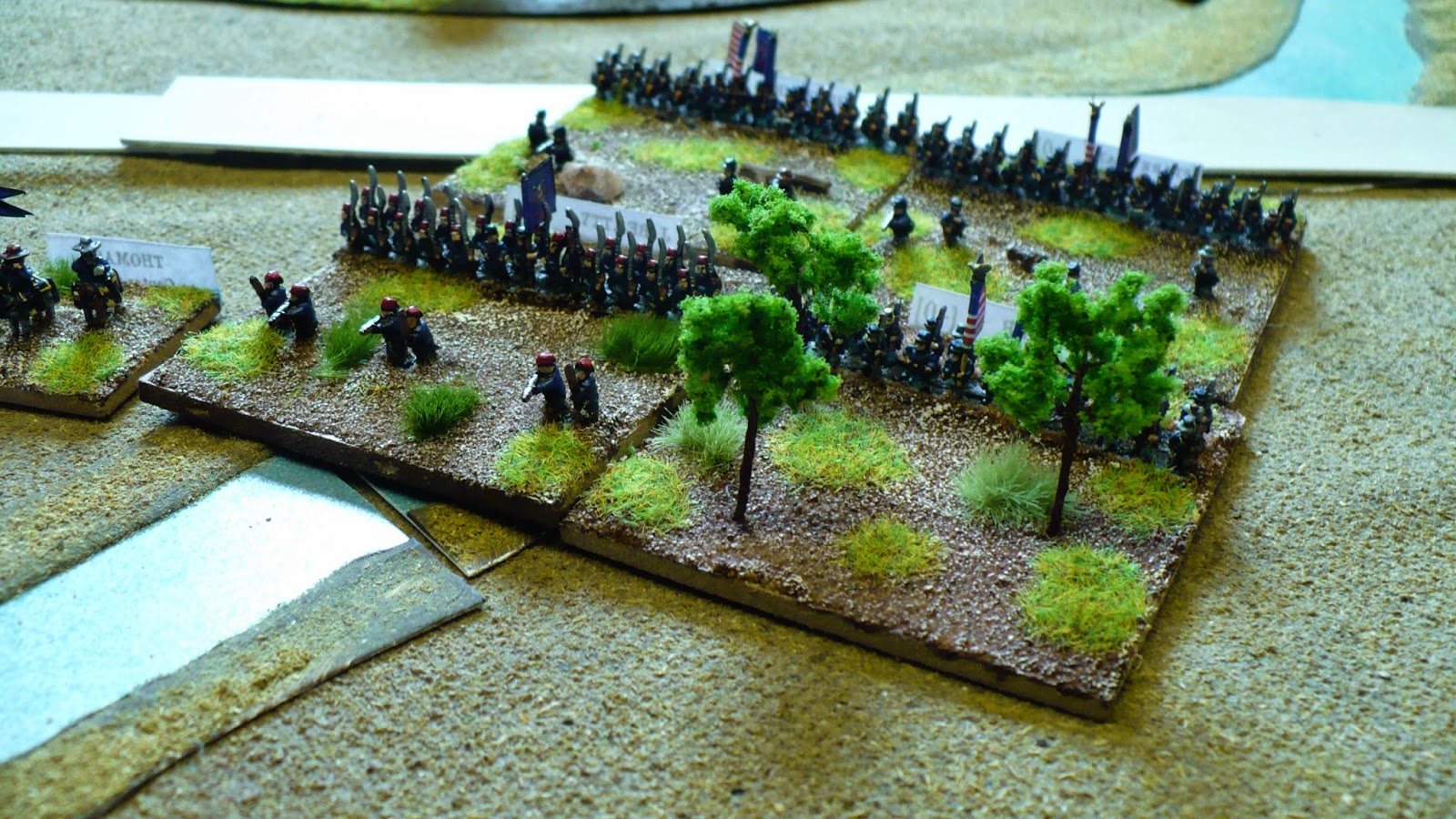 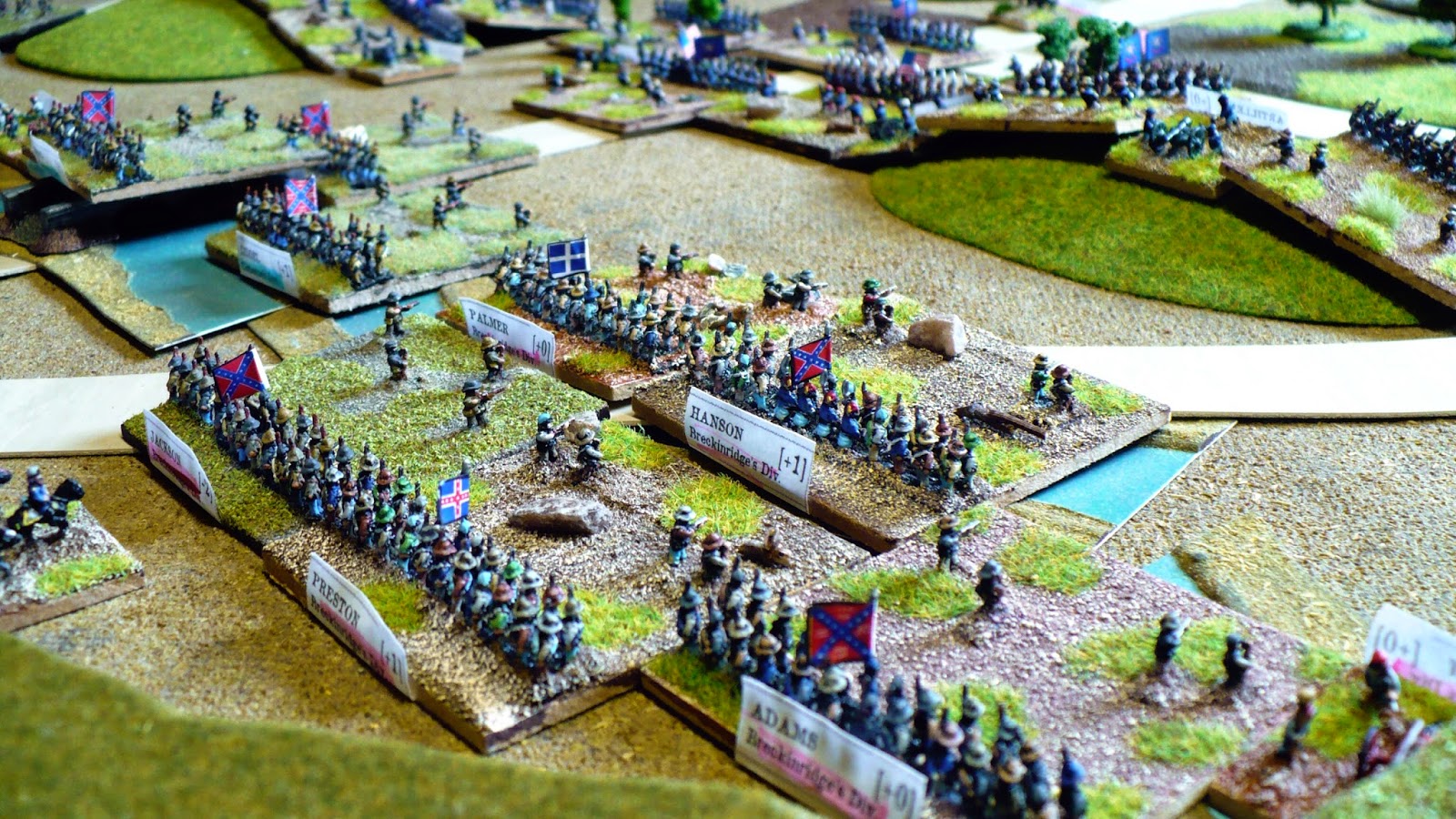 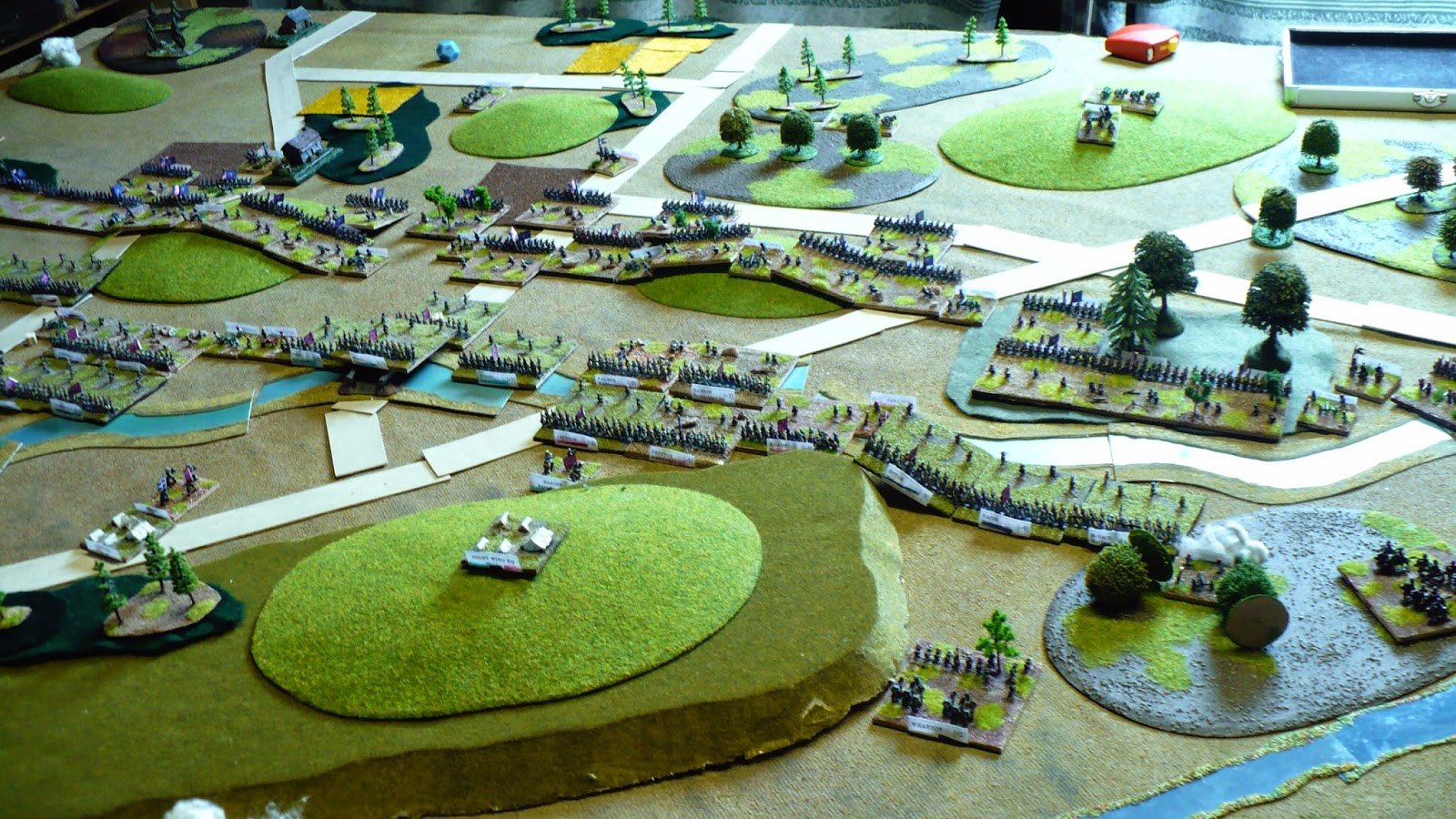 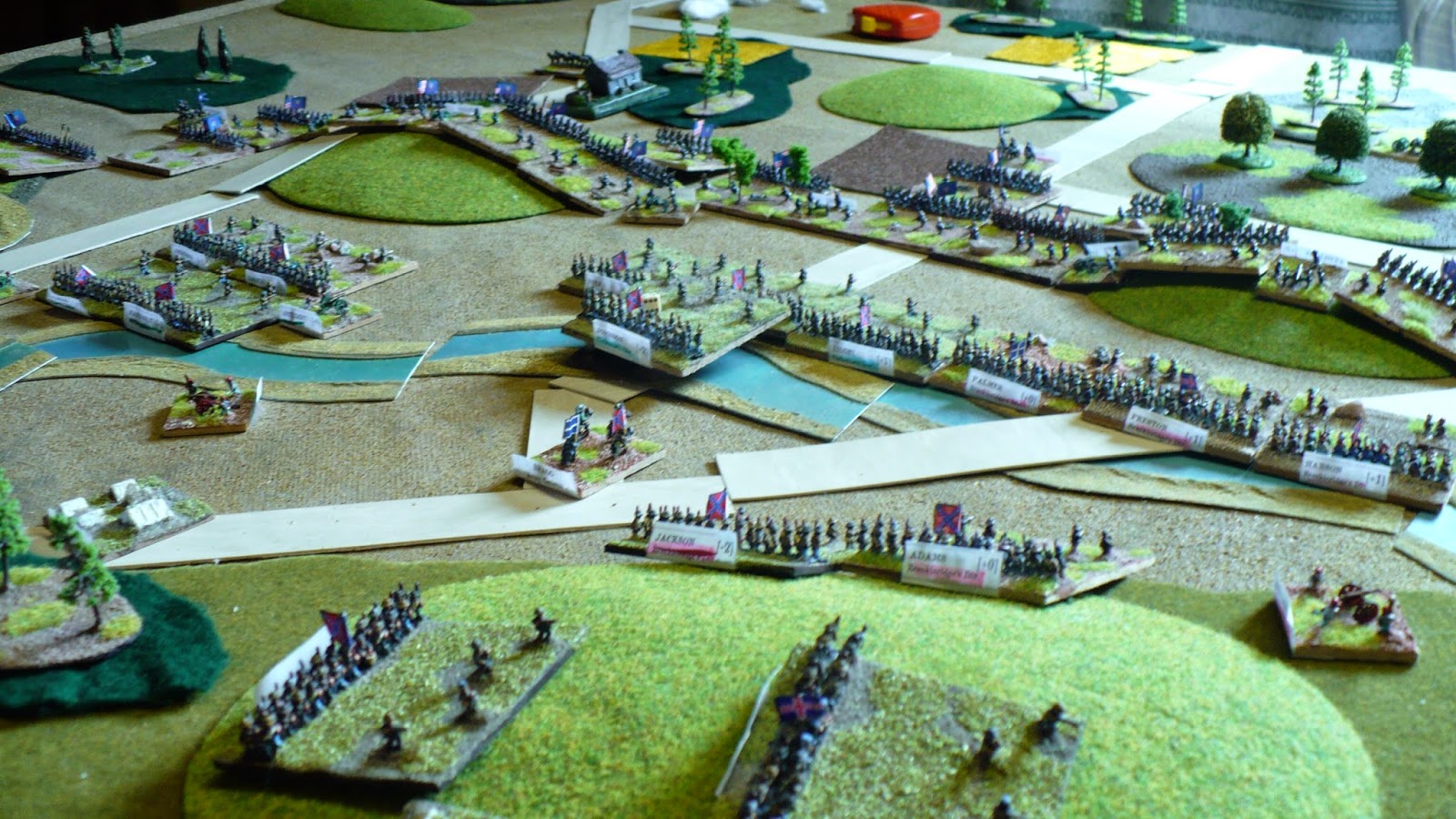 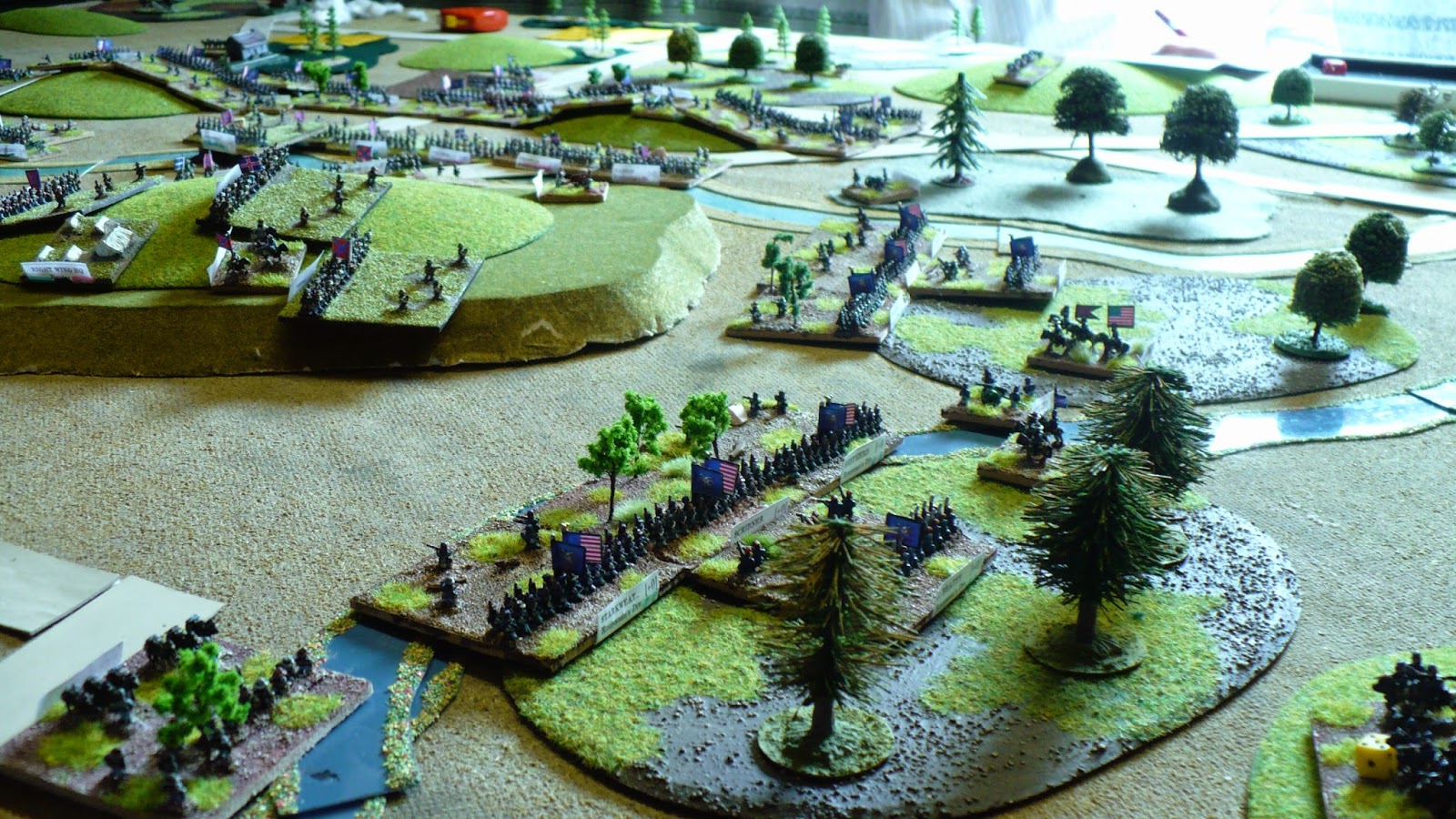 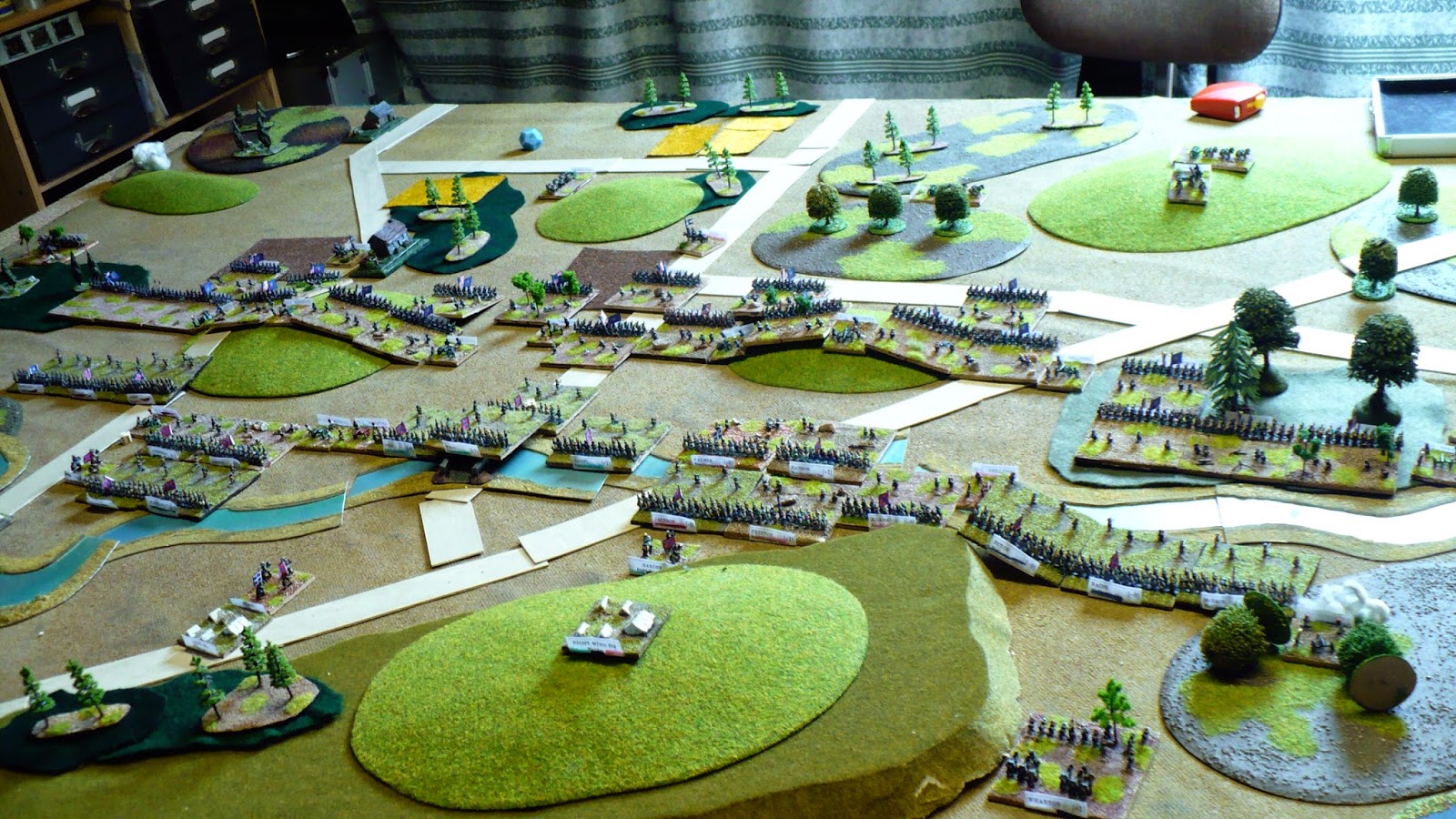 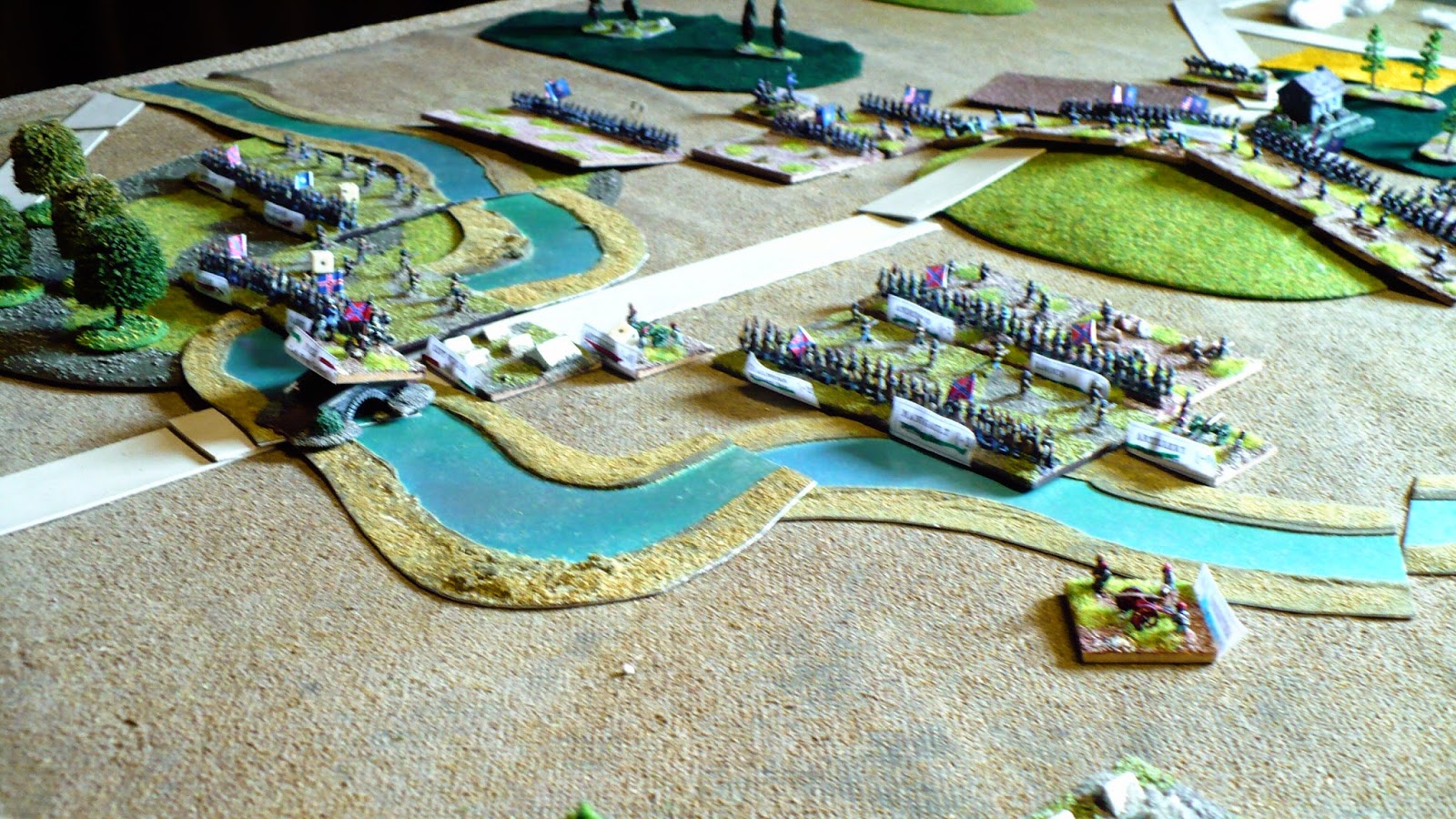