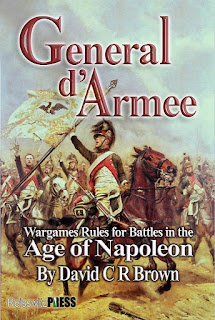 Game at Stephens today and he chose to try GDA with a scenario based on Vittoria battle 1813 with his British force against my French.

Good game although the 'dice demon' was yet again on fine fettle.
He claimed not to be that lucky then rolled 6 hits out of 6 immediately afterwards, proof irrefutable says I !!

Once again we found a lot to like with these rules especially the charging and melee outcome charts, very flavoursome and easy to use.
I love the Brigade Skirmisher system.

But as always seems to occur with GDA we ran into a couple of situations where we struggled to find a definitive or at least an unambiguous answer.
Main one was regarding Skirmish units firing, with one rule clearly stating that skirmishers can choose to shoot a multiple targets at players discretion however on opposite page it gives a Skirmish Priority rules which seems to contradict the previous rule seemingly making skirmishers split their fire at any (all ??) target in arc.
We were not sure how one can have Priority Targets if able to select a chosen target ?
We simply could not reconcile these two rule entries eventually deciding that splitting fire seemed better simulation of skirmisher activity than allowing these extended formations from possibly concentrating on a single target.
But we are unsure what rules intent is ?

Artillery is pretty potent in GDA and the Faltering rules are brutal as a Brigade Falters when one unit is Dispersed or two Retreated.
Certainly leads to decisive outcomes in games.

Personally I like the rules overall but sometimes feel they are too slow/intricate compared with FOB, Shako or Black Powder but that might be down to interpretation frustrations and lack of familiarity with systems. 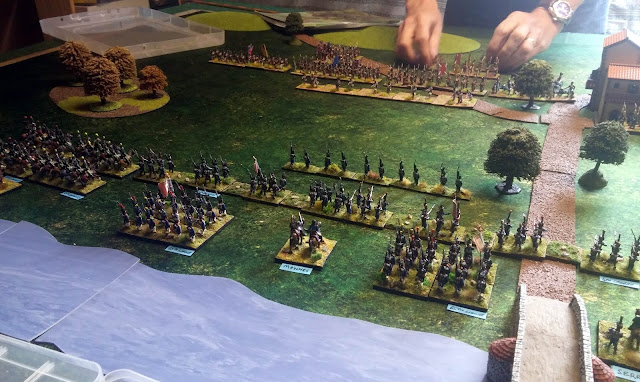 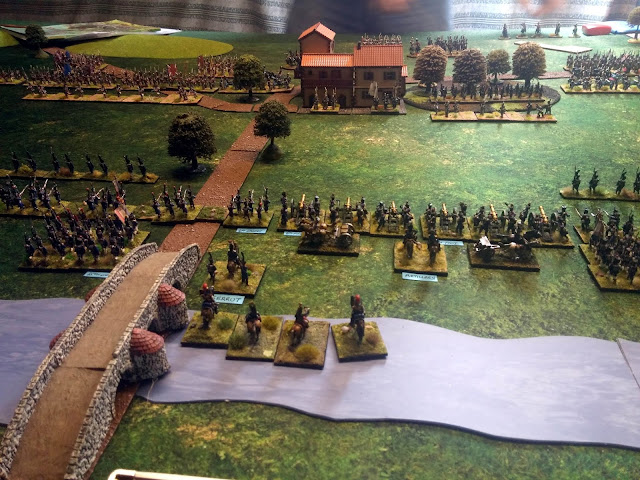 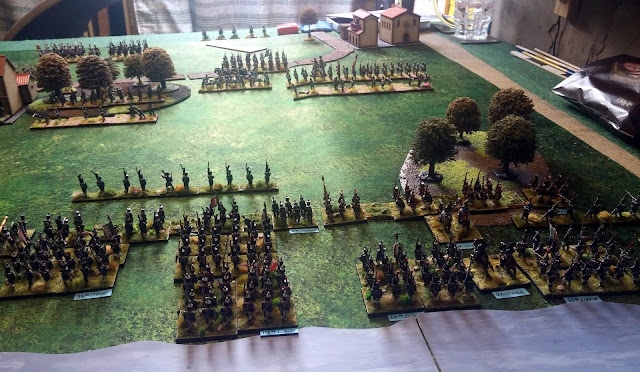 British gun battery that caused a lot of hurt 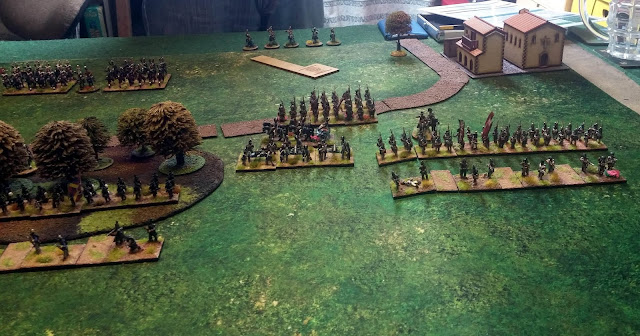 French right with Artillery Brigade hoping to pound the town 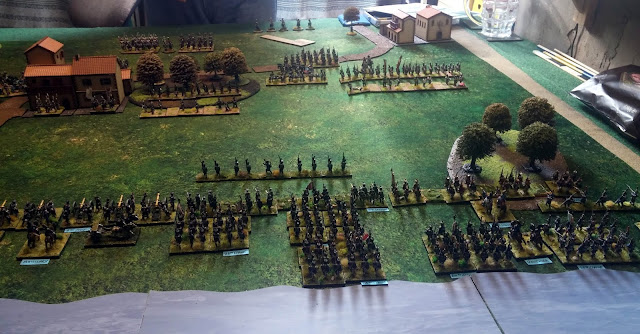 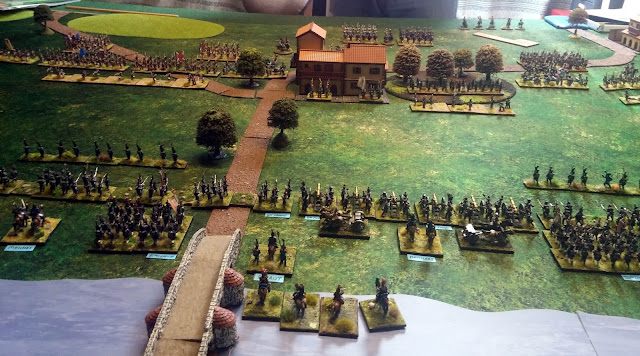 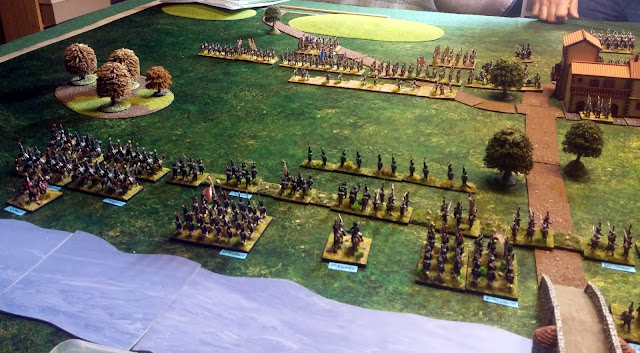 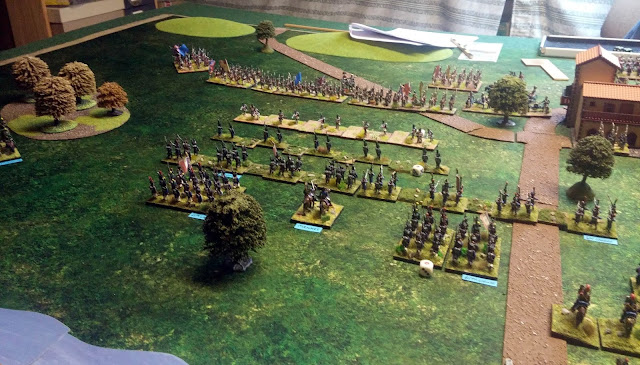 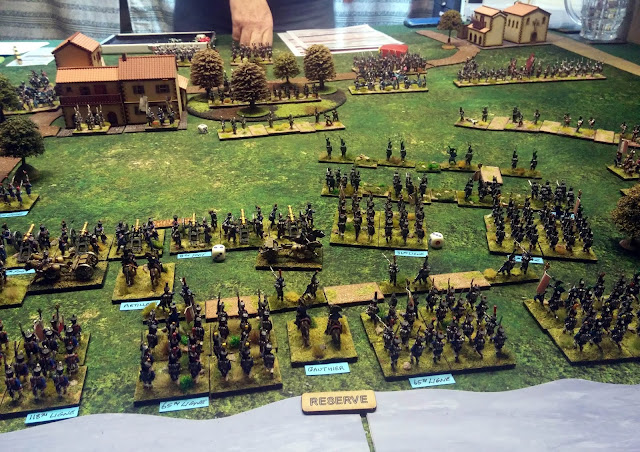 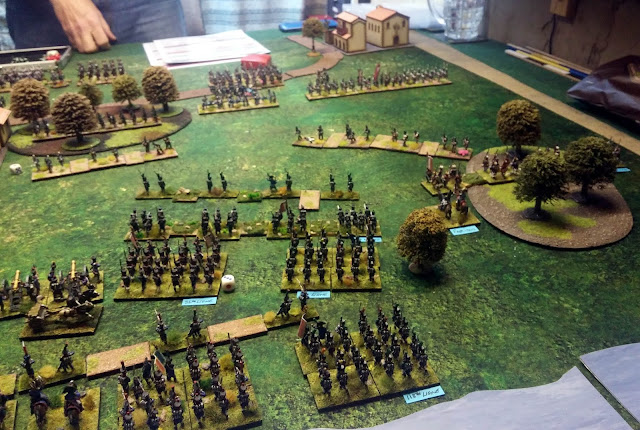 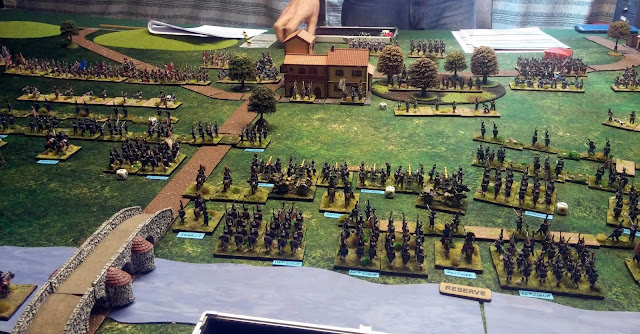 Skirmishers and Chasseurs pushed back on French left 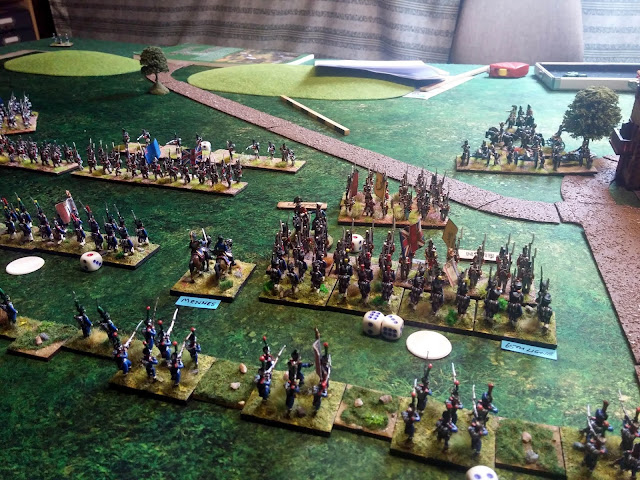 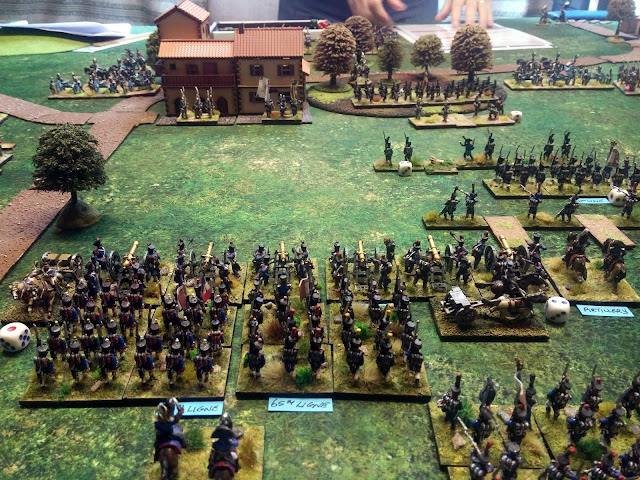 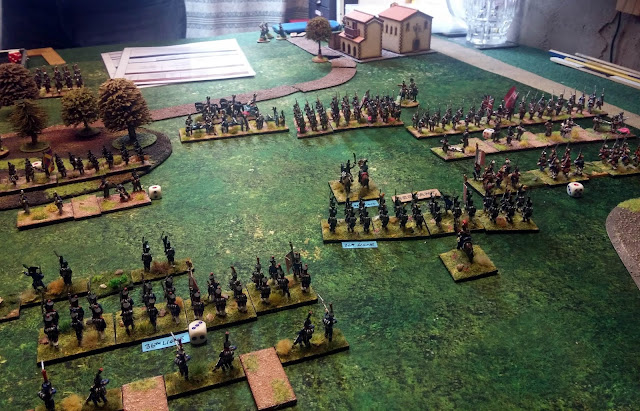