Combat Commander three in a row 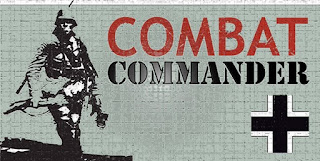 Three scenarios from the Tournament Pack played tonight against my Dad.

First up had Russians against Germans in an undulating plain with Ivans coming out on top after destroying a Fascist HMG nest.

Second had Cannucks versus a veritable Italian wall of barbed wire and soldiers ! Canadians pummeled in this one.

And third Ivans against Finns in winter tundra with Russkies coming out victors after several hard fought assaults forcing Finns to surrender.

Great stuff once more and we discovered (even after all the games we have played) that we have been using Leaders somewhat incorrectly.
We have been adding Leadership factor 'on top' of a single attack without realizing they can upgrade firepower of each unit they are stacked with both for fire and in melee, making them much more potent ! 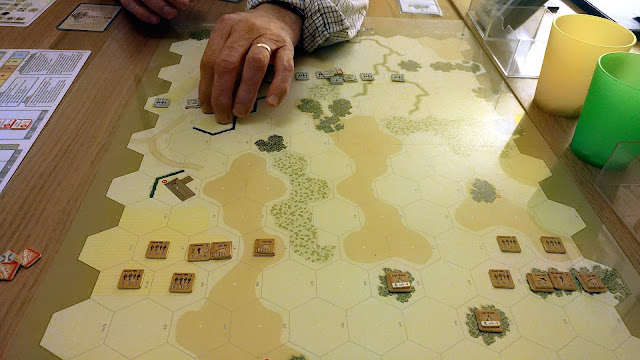 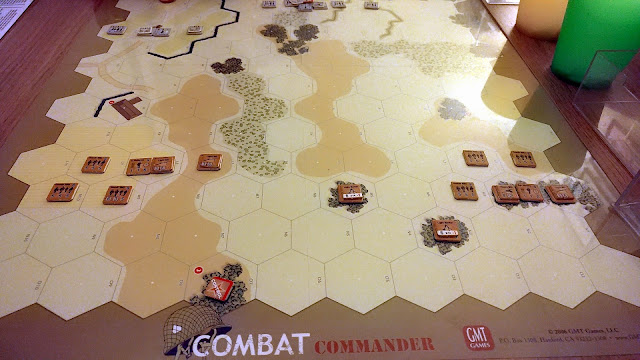 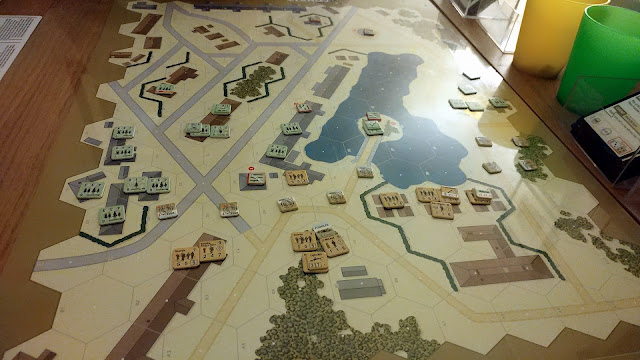 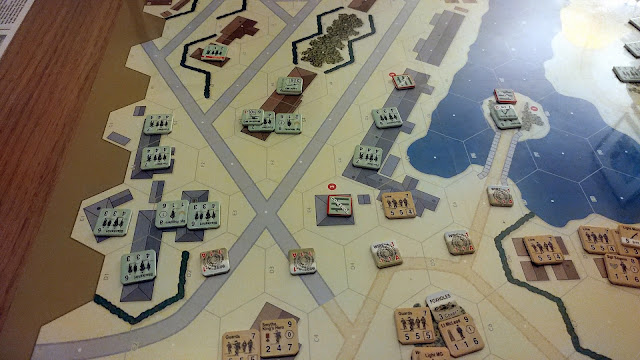 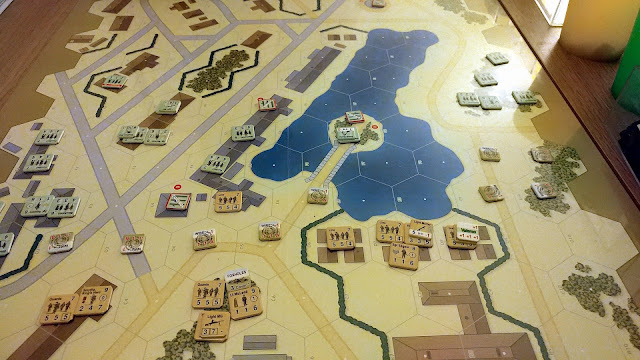 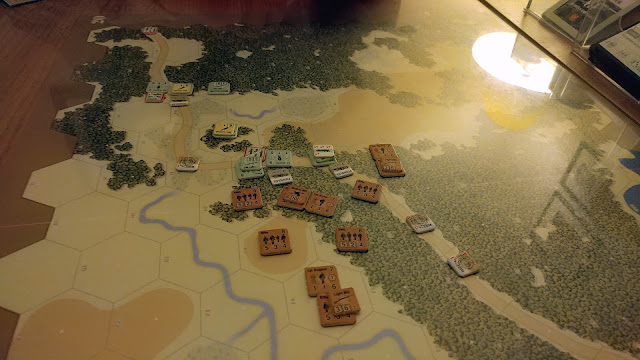 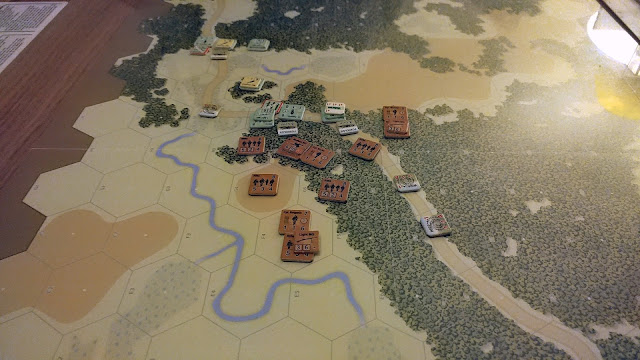