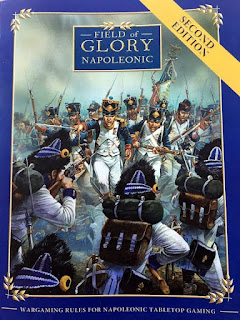 Another game with new FOGN edition this time Stephen using an British force circa 1815 and I tried an Imperial Guard force from same time frame.

We both think the new Strategies and set-up rules are excellent (in fact may use for other rule sets) as they generate a nice scenario set up and plausible terrain.

Game saw first use of new Bombardment rules as with Prepared Attack against my Flexible Defence the Brits got 2 rounds of fire pre-game (which is really 3 round as they also get first turn).
French able to utilize the Strong Point and Reverse Slope rules with one Division off-table in Reserve whereas Brit all deployed on-table.

Another excellent game even though my Grenadier a Cheval Superior Guard Shock Heavy Cavalry succumbed in one turn when charged by two British heavy cavalry units.
I had 6 dice scoring an excellent 5 hits however the 'dice demon' managed 10 hits in 12 dice (two re-rolls helped) to destroy the Grenadiers.
My Dutch Lancers where then Disordered seeing their pals Rout and duly succumbed to the British heavy's (Light cavalry lose 1 dice to heavy's who also gain a dice vs lights)
This along with several other Wavering French units (mostly from Artillery fire) saw my army break as being small it has low break points.

Another fun decisive and indeed quick game with a much improved FOGN.
Whilst it lacks the 'chaos' factor I like it does what it aims to do and is great for a points based game that one can play to completion with reasonable sized armies.
Kudos to the Aussie developers. 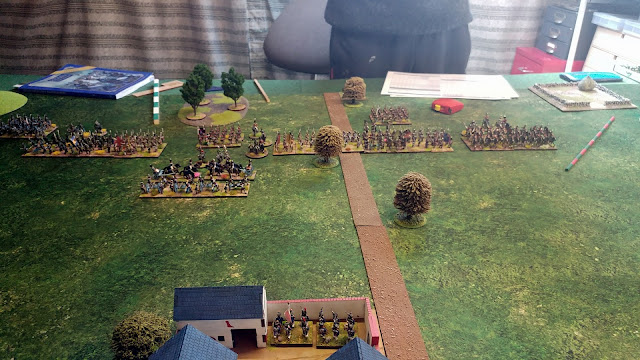 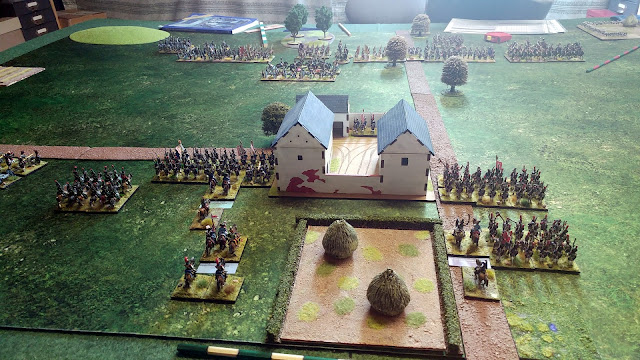 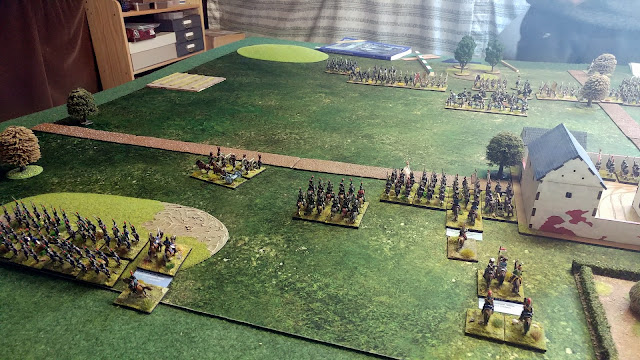 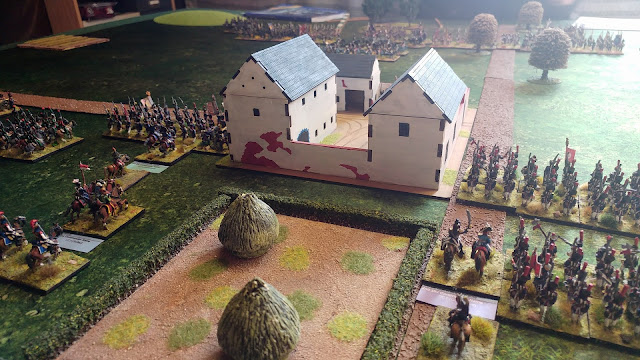 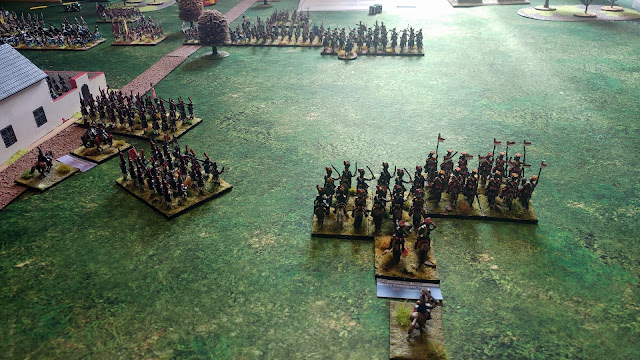 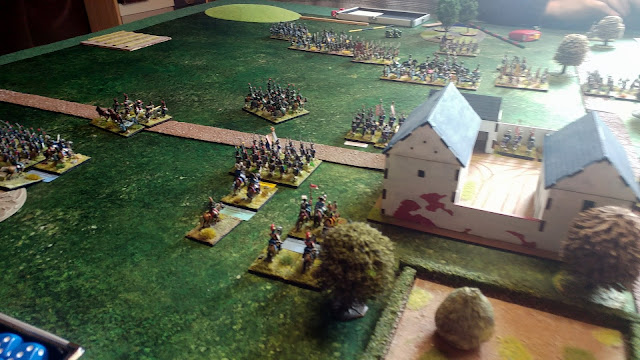 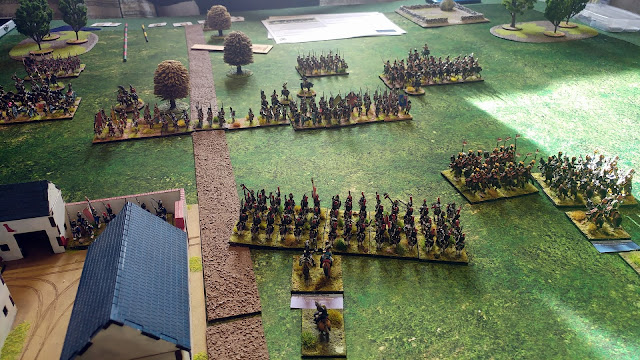 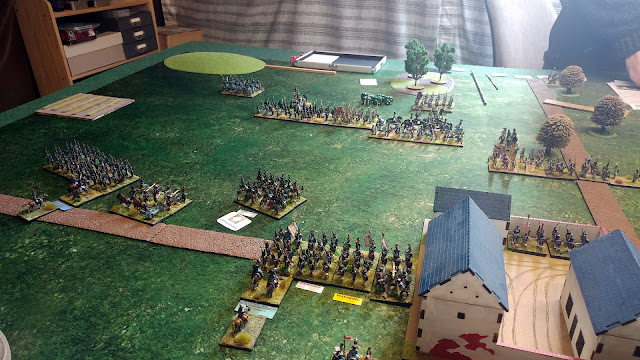 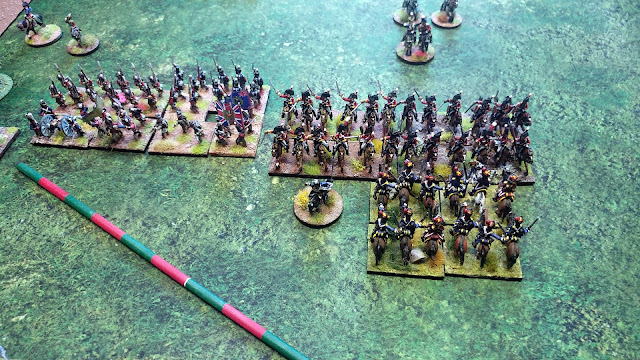 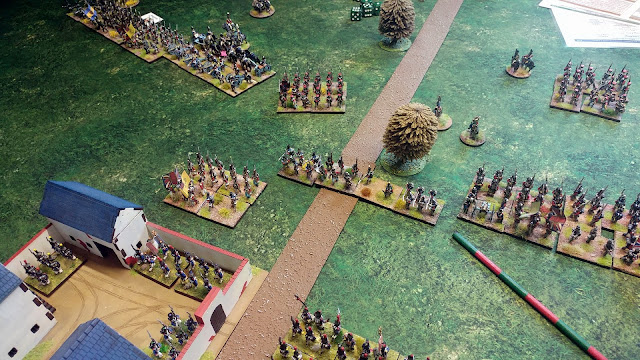 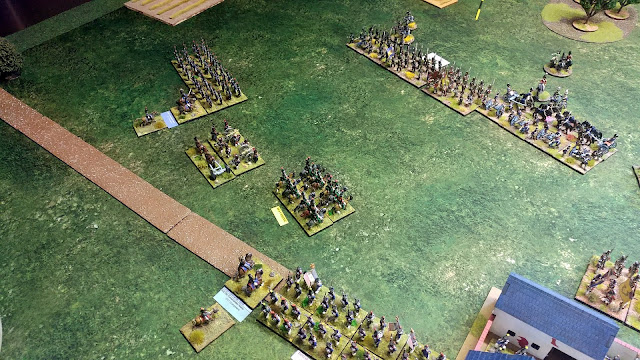 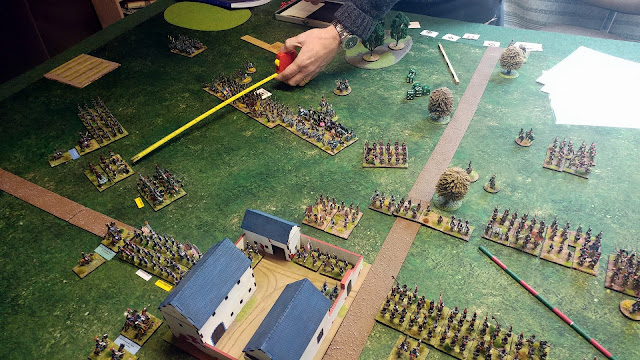 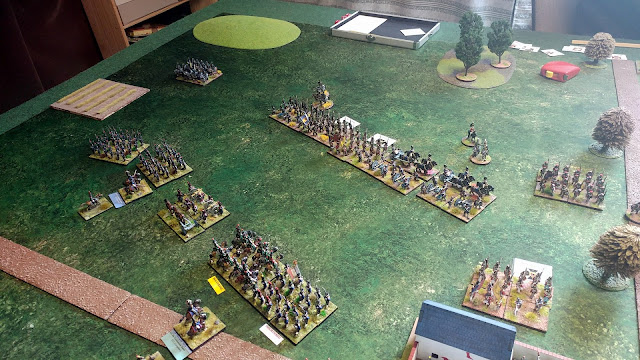