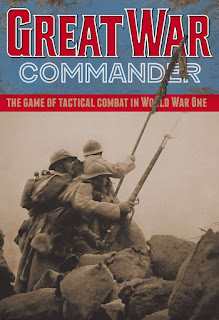 Game with GWC with my Dad and we managed to play through the first three scenarios.
All are set in 1914 pitting the Germans (Dad) against French (Moi).

French trounced in first scenario as with new Cohesion rule (units are usually Suppressed if out of command range) they were too slow to group from their initial set up dispersal.

Second scenario saw French triumphant despite their artillery support being spectacularly ineffective (I could not even hit with Observer at 2 hexes !!) but putting the Boche to flight at bayonet point (French seem to have several melee enhancement Actions in their deck).

Third scenario saw a large French force attack Boche in a Chateau and village.
This one went down to the wire with French narrowly winning (by 2 VP) only after luckily taking the Chateau just before German reserve unit could occupy a vacated Pillbox in last hex.

Great version of the original system with only a few rules extras to bring WW1 flavour and we have not yet got to the trenches or tank scenarios.

Hopefully the expansion with British etc will not be far off ? 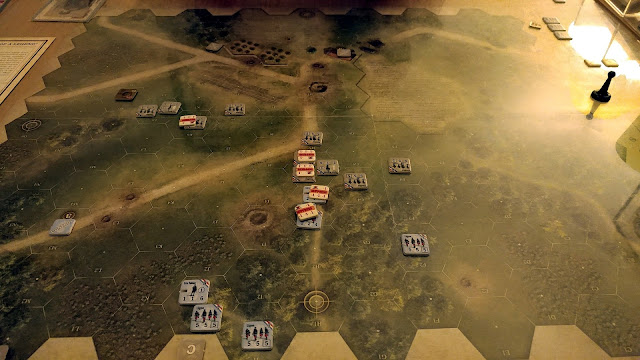 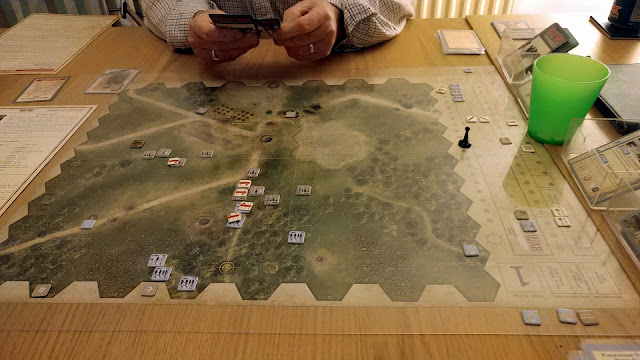 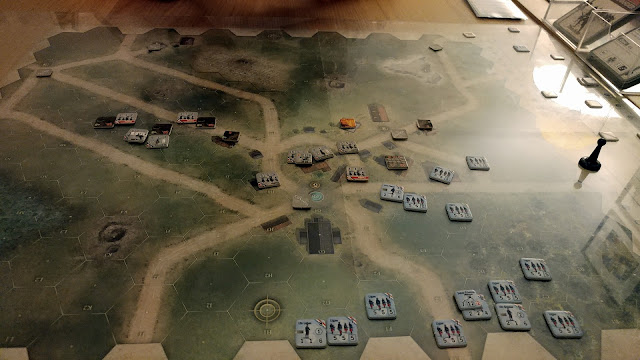 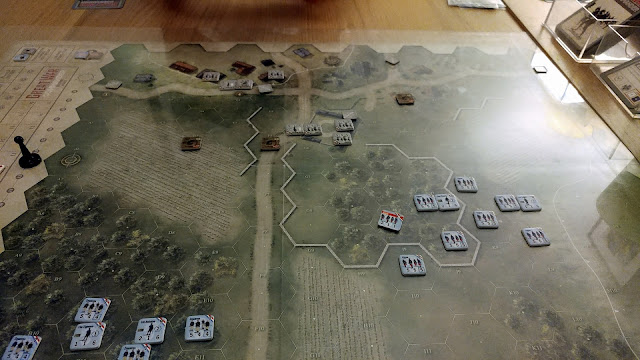 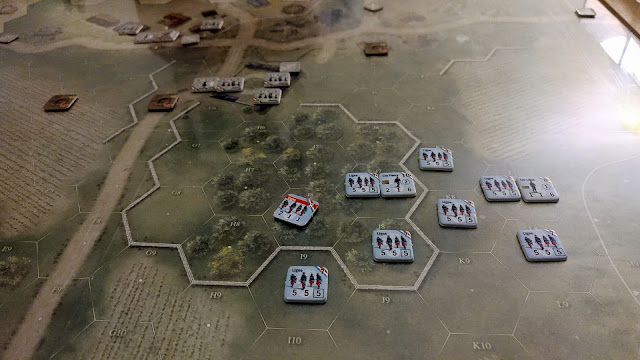 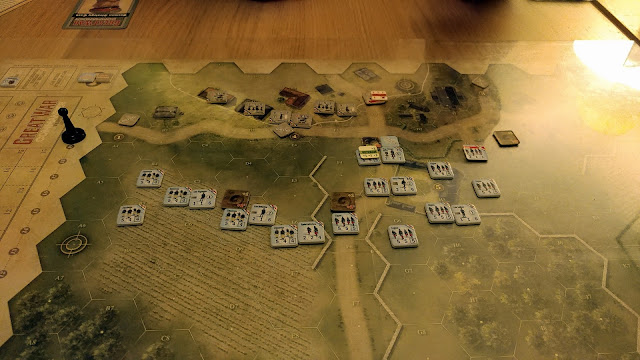