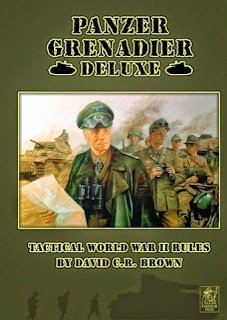 Game of the ever excellent Panzer Grenadier Deluxe rules with Stephen today utilising the Villers Bocage scenario from the western scenarios booklet.

Great game with Stephen as Wittman & co against my floundering 22nd Armoured Brigade.

Tigers are really tough (only the Firefly really has a chance) and despite outflanking Wittman once or twice he managed to survive unscathed, only going low on ammo (no bloody wonder with all the shooting he conducted !).
I did get some artillery support (3 x 25pdr missions) from turn 5 but the British radios failed to make contact (is this Arnhem !?) and when they did the bleeding gunners questioned orders (ie throw of 3 equalling "Say again over ?).
The arrival of a further Tiger and PzIV unit along with more Grenadiers spelt the end as my hiding transports soon suffered giving Germans the win.

I really like these rules as they are an excellent balance of playability and flavour and at a nice level of simulation. 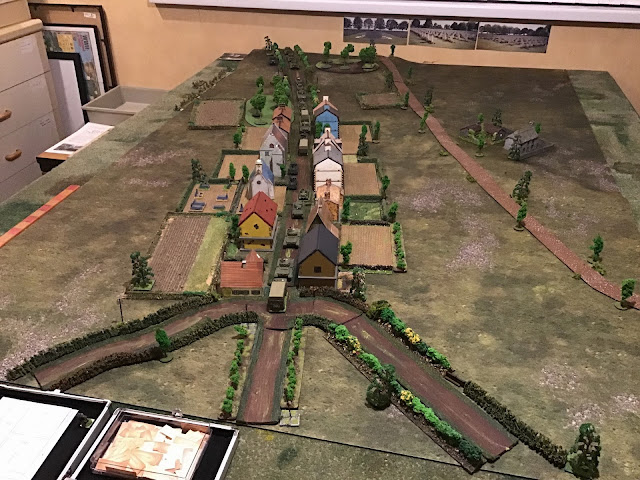 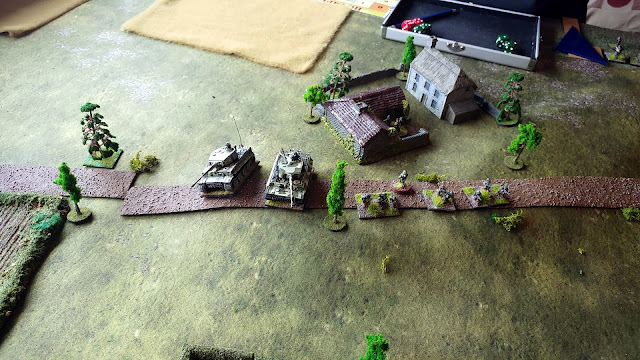 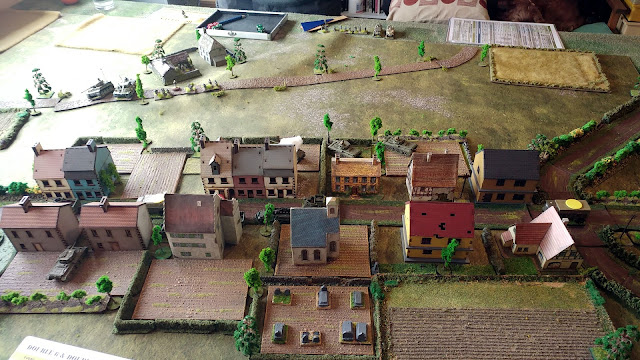 Units on Hill 213 suffer as well 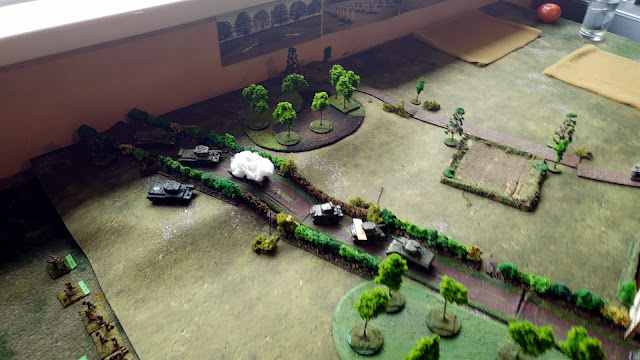 Despite ouflanking the Tigers 2 more Cromwells brewed up 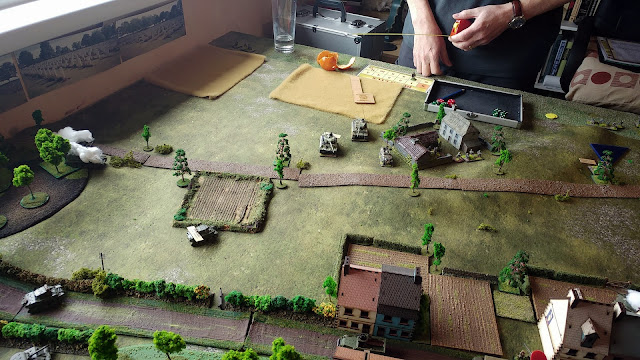 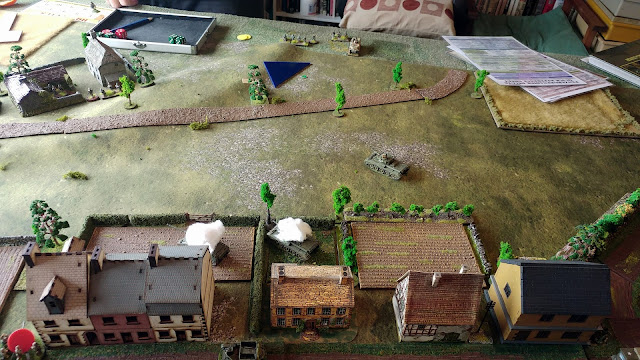 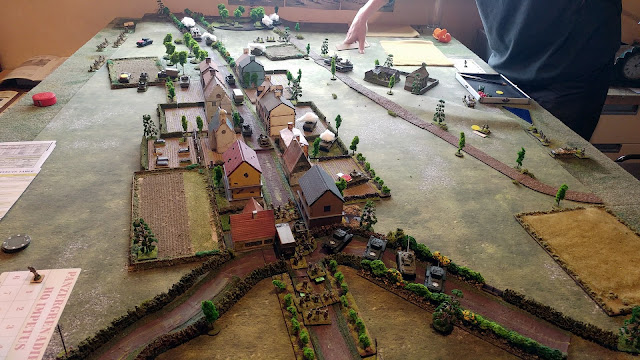 Even the Firefly failed to hit Tigers (long range) 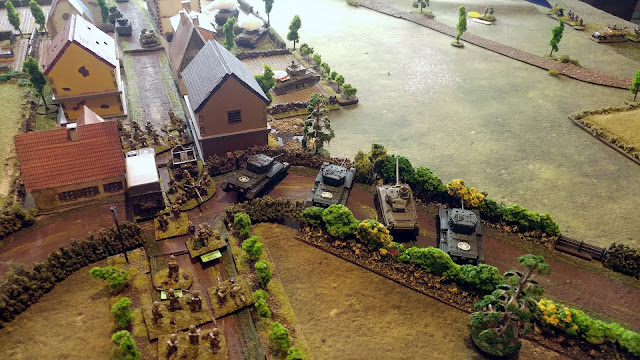 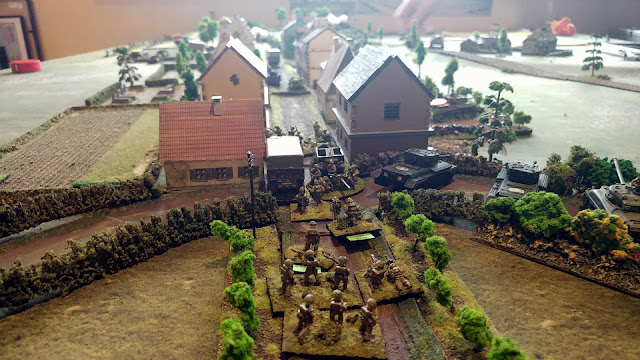 German reserves appear on Hill 213 to seal the deal 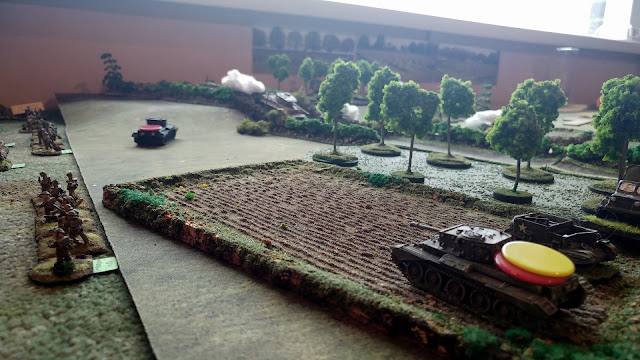 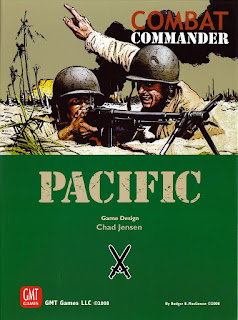 I also managed a game of Combat Commander Pacific against John last week but forgot to take photos !
We played the first scenario in book which my Yanks managed to win mainly due to John erring in his Jap deployment leaving a key victory location unprotected.