Battle of Gilly - Field of Battle 3 - conclusion to solo game 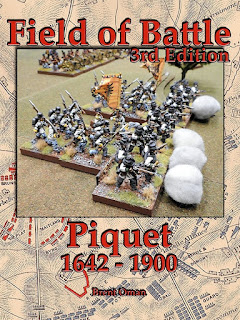 Finished up solo game of Gilly with a session last night and final session this dull wet Ulster morning.

Prussians have taken a drubbing with so many hits sustained across their units with only minimal damage to French.

Prussian shooting has been miserable and its only as French closed to Melee that Prussian have really inflicted any losses.

The Prussian right is in dire straights with a Line Battalion and Gun Battery destroyed and Skirmishers scattered to the winds.

The remaining two large Infantry Columns have pulled back onto the slope with Dragoons moving to threaten oncoming French columns.

However the French Cavalry and their guns are all across the ford including the impressive Empress Dragoons.

In the center at Gilly a French assault on a portion of the town has been repulsed but a column has been formed to assault across the bridge.

On French right whilst the opposing Landwehr have stood up quite well the French are across the stream and pushing past Gilly.

In FOB terms the Prussians are down to 2 Army Morale Points (out of 25) whilst French still retain 22 (of their initial 30) so rather than flog this horse to its doom the Prussians will retire to Flerus having delayed Napoleon only a trifle.

Great game even solo with FOB and the GDA scenario worked fine with only a few tweaks for FOB purposes. 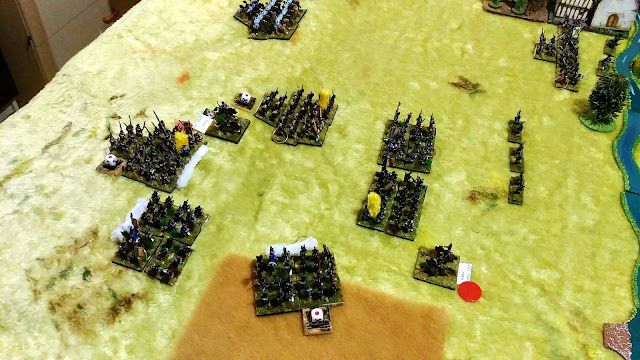 Overview with French Cavalry massing to cross the ford. 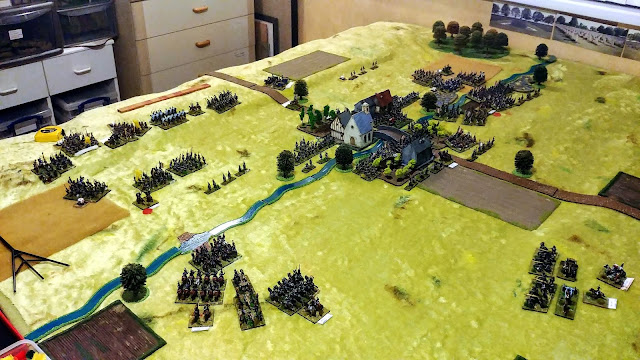 Action around Gilly itself 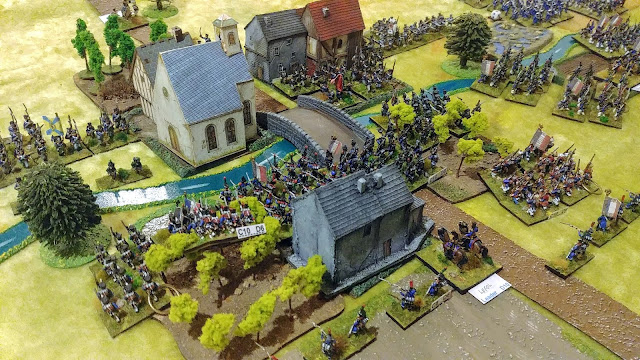 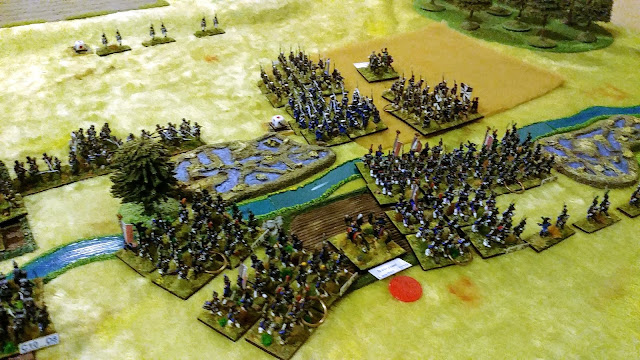 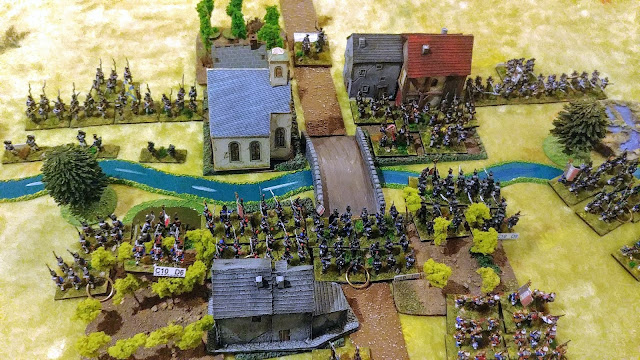 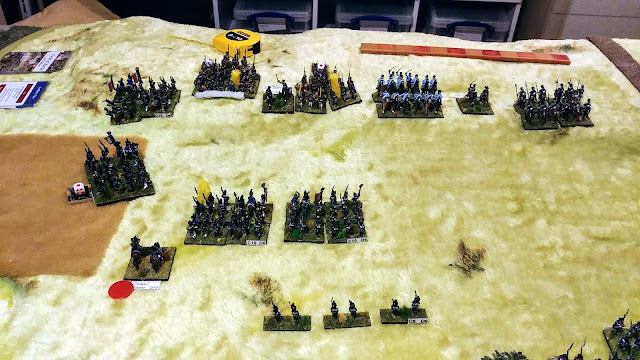 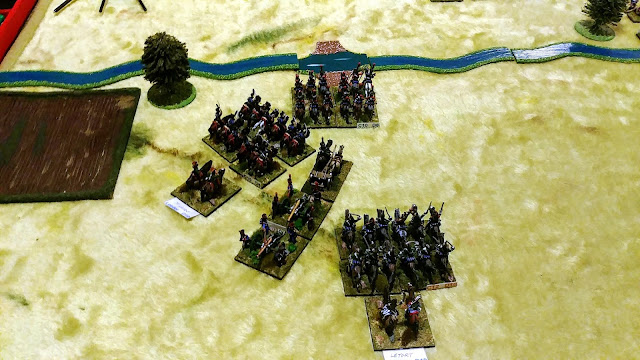 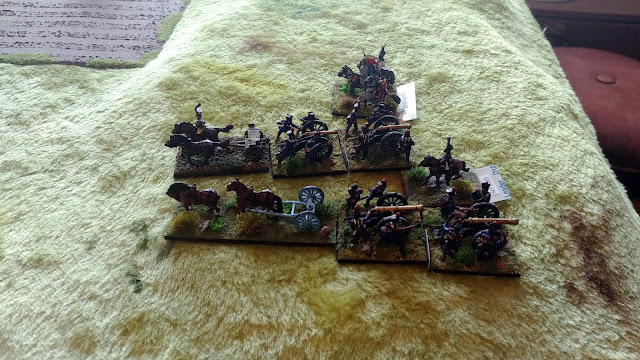 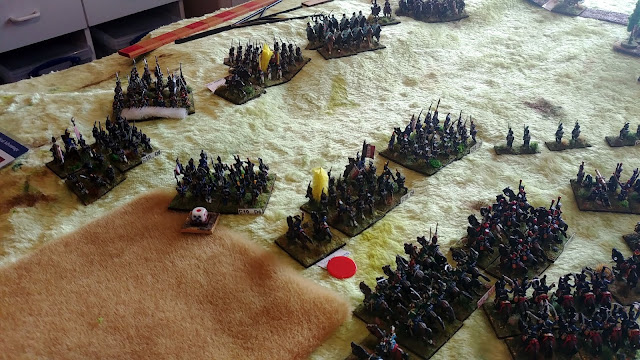 French about to cross the bridge in Gilly 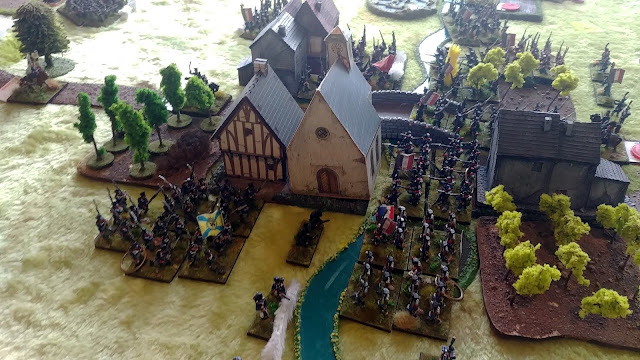 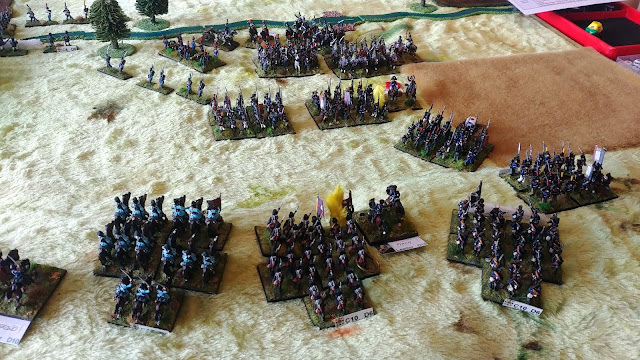 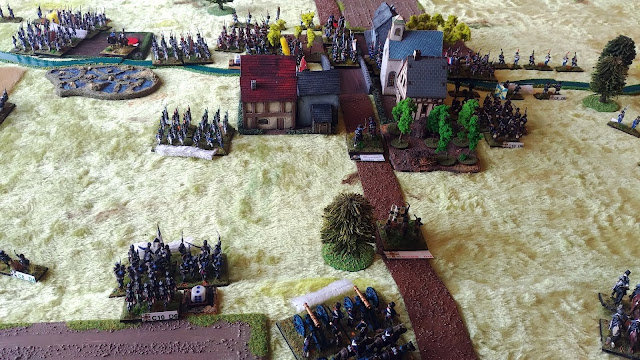 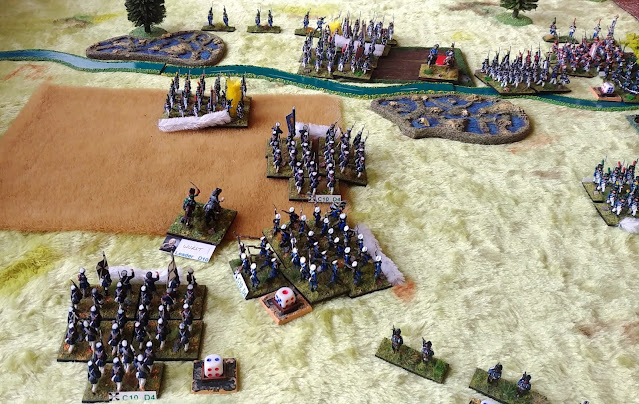 The end at Gilly as Prussians about to retire. 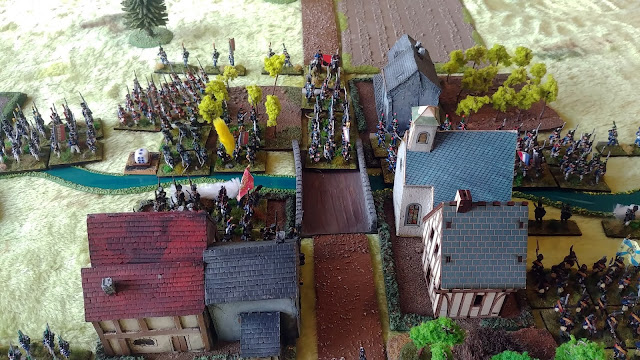