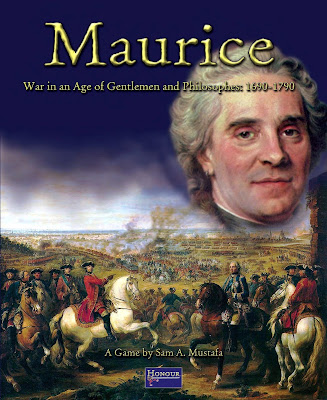 Game with Stephen today and we had a go with Maurice (a set we last used in 2015 !!) using my Prussians against his Austrians with a standard 100pt matchup.

I used Oblique Order and Cavaliers and Stephen used the two Artillery enhancements.

We both had 16 units and decided to deal one Notable card each, Stephen drew a notable that allowed units to interpenetrate without disorder and mine was the Spy event giving me a boost to Scouting.

I won the initiative and decided to attack and we fought in forest area with 9 pieces of terrain (although these are fairly small with our 30mm base widths).

Stephen placed two woods on his left which I knew would house Grenzers and duly did, he also placed a village on his right which became the designated Objective.

A couple more woods, a hill and a piece of rocky ground completed the terrain.

A very interesting game we had with the excellent card and 'momentum' system coming to the fore (I can see a lot of Maurice in the new Lasalle) meaning you have to concentrate your effort as never enough to do everything you want and great flavour with the various card effects and events. Always a key decision to use the cards effects or use their span value to activate forces.

We soon realised that our deployments were less than optimal with too many separated forces.

I attacked on my left towards the objective with Cavalry and Infantry and this saw the bulk of the action throughout game.

My Cavalry traded blows with Austrian counterparts eventually overwhelming them but my Infantry suffered from the Austrian artillery and it cost a lot of cards to try to redeploy and try to mass them.

Once at volley range my Infantry got decimated pretty quickly and I was lucky to lose mostly minimum morale for each destroyed unit.

Austrian foot advanced in center as my losses mounted threatening my three gun batteries which had fired only occasionally and mostly ineffectually, and with a card play the Austrians got to shoot first in volley phase and killed a gun for which loss my morale evaporated.

Considering we had not played the rules for so long it all went pretty smoothly our only stumble was with the Engagement rules for combat which we were too generous with initially for attackers as regards outnumbering.

And a well written and complete rule set as we found answers easily to our few queries.

A more broadly abstract set for SYW than we have been using of late but overall a great game (Sam Mustafa's rules all generate fun encounters) with plenty of decisions to make and action from the get go with some nice period flavour. 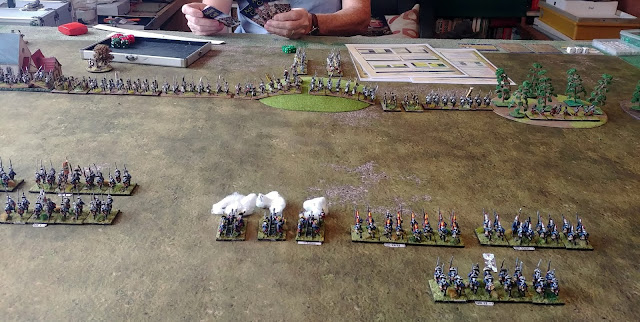 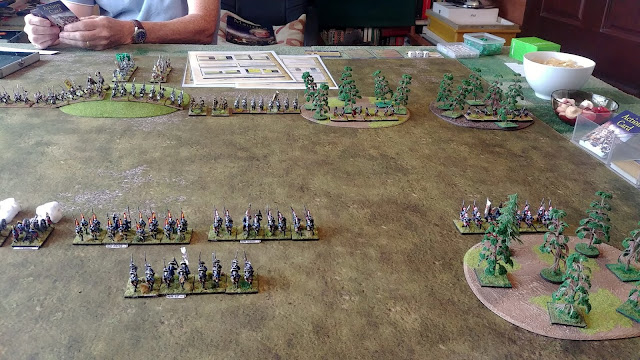 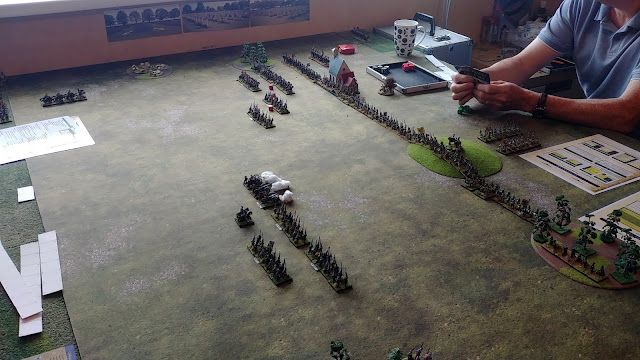