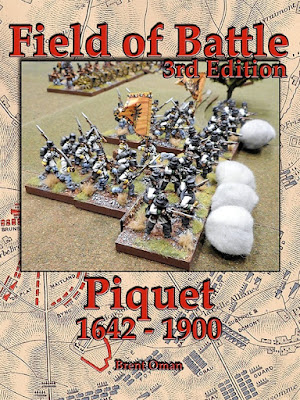 Played a scenario based on Battle of Ramillies May 1706 using FOB3 today with Stephen.

Stephen chose the French defenders and I therefore took the Allied force.

We used a free set up for units rather than historical deployments with units equating to roughly Brigade/Regimental level units.

Great game once again with FOB3 that played really quickly (3 hours in total with 2 1/2 decks run through).

French cannons in center were deadly early on causing Dutch cavalry a lot of hits as their foot compatriots attacked Ramillies directly.

I did manage to contest the town (before getting thrown out later in game) but a single unit of French cavalry ran roughshod over my mounted units despite being outnumbered in several melee combats.

My Dutch Foot Guards at least lived up to their elite status but were eventually overwhelmed.

Game really turned on my left where I had deployed the elite English foot and cavalry around Taviers.

The French did occupy the village so easily taken but my elite units completely failed to make any headway against French opposite numbers and the English were all to quickly decimated.

This left the overall Allied effort essentially stymied and morale losses were mounting and in reality we should have called game at this point, but I fought on to then see the Dutch in center repulsed from Ramillies and pulverized in turn.

The Allied German/Danish/Prussian foot survived mostly unscathed as the just demonstrated against the French lines across the Pitite Gheet.

FOB3 is certainly a very decisive game especially with my rolls (so many ones...so many ones.....) but I just love its unpredictability and narrative style.

The battlefield view from Allied lines 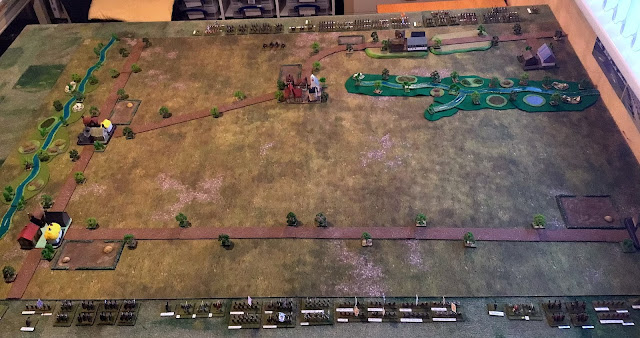 French center and left wing (around Ramillies and Petite Gheet) 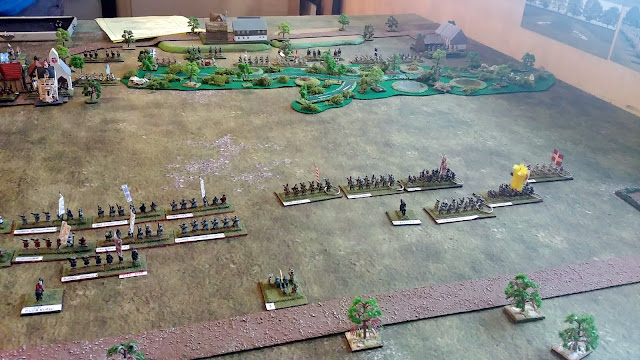 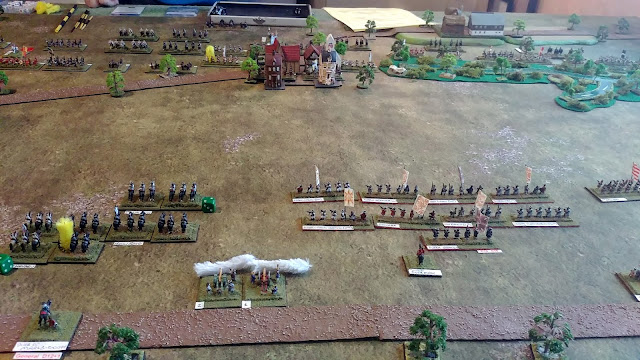 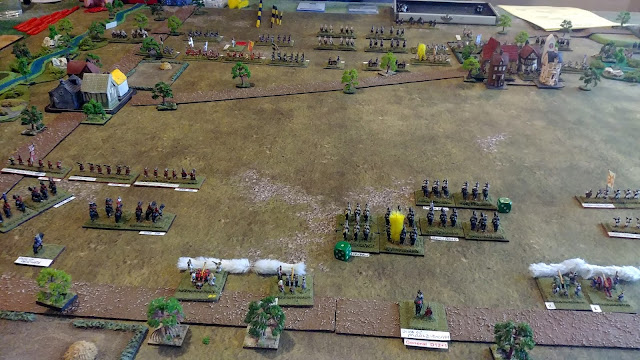 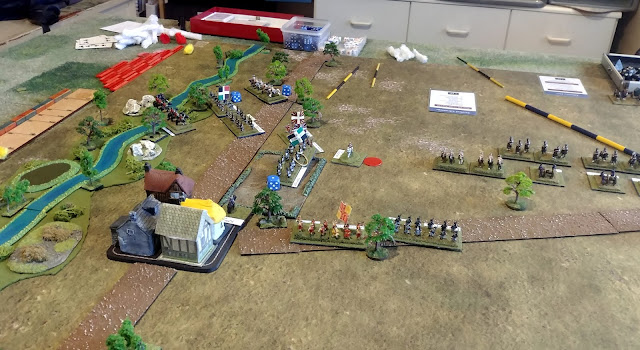