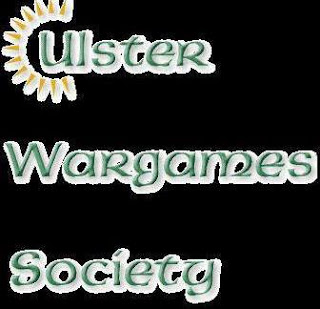 Put on another Field Of Battle 3 game today at UWS Club using my trusty old Zorndorf scenario (simply as I had scenario stuff easily to hand).

I umpired and had 5 players participating as Prussians (David T and Phil) against Russians (Jeremy N, David S and Leslie) on a 6' x 4' table with my smaller 3 base units, but we used standard 25mm measurements which fairly made the game crack along (I would usually use 1/2 or 2/3rds on a 6x4).

Zorndorf is essentially a straight forward slugging match (as it was historically) and so it transpired in this outing.

On Prussian left their cavalry under Seydlitz and Bieberstein faced their counterparts under Gaugraben and this was a bit of and to and fro with Prussians gaining upper hand but just too slowly.

But the story of the game was with the Prussian infantry of Manteuffel, Kanitz and Dohna in the centre advancing against the Russian foot under Saltykov, Gallitzen and Browne.

The Prussians suffered horrendously from the Russian guns (so many 1s rolled vs high Russian rolls) early on and failed to rally on most opportunities.

Some Prussian Grenadiers did manage to assault and almost breakthrough the Russian center but were then repelled and finally destroyed and their supporting formations of Musketeers also suffered high losses and Dohna was also shot down.

This failure by Prussian foot saw their Army Morale dwindle to nothing and Frederick failed to muster their resolve (failed roll on Army Morale card) and they quit the field.

Another excellent game with FOB and it was very interesting to watch the battle develop from afar. FOB is easy to umpire as mechanics are basically simple and the card sequencing makes it easy to explain what players can do each time. The multiple dice types can be a bit confusing for new players but they certainly generate decisive results and aid fast play. The opposed rolls also keeps players engaged in game which is a real benefit in multiplayer games.

Winner and losers both expressed their enjoyment of the game and ultimately that is what its all about no matter the dice results. 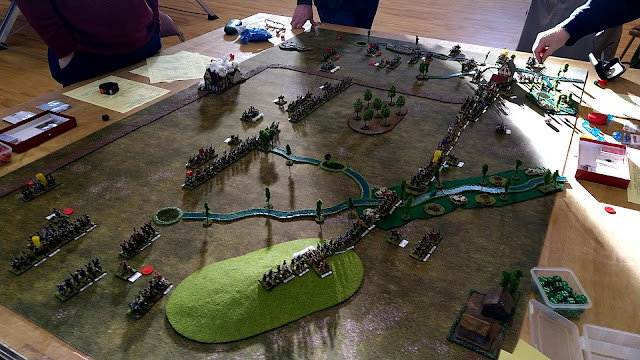 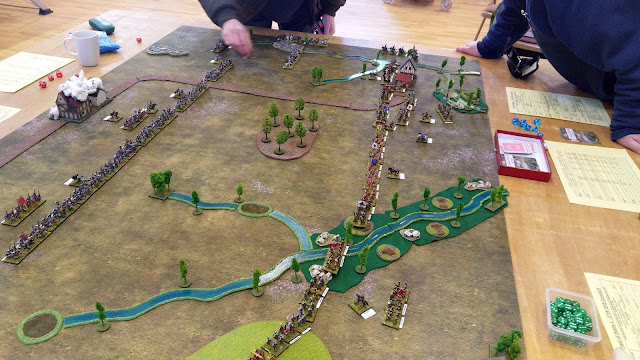 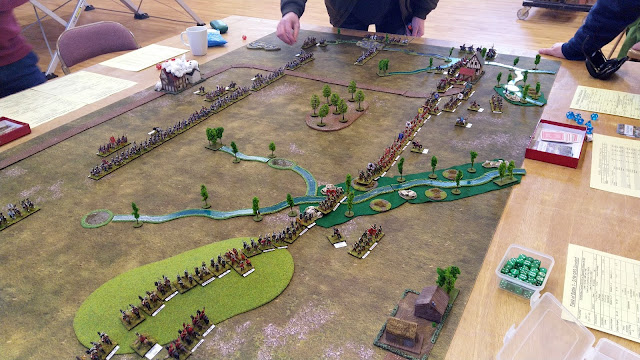 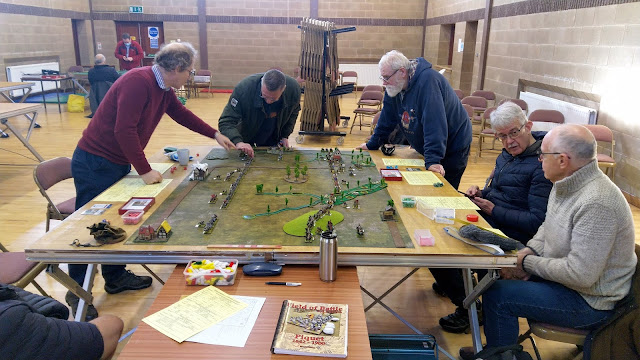 David B and John were engaged in a couple of FOGR games but I only managed to take pics of their second game which was an interesting match up of Monrose Scots against an Later Northern Parliamentarian force. Some lovely flags on display again. 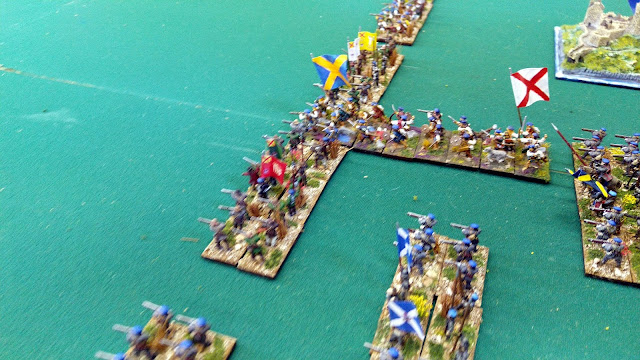 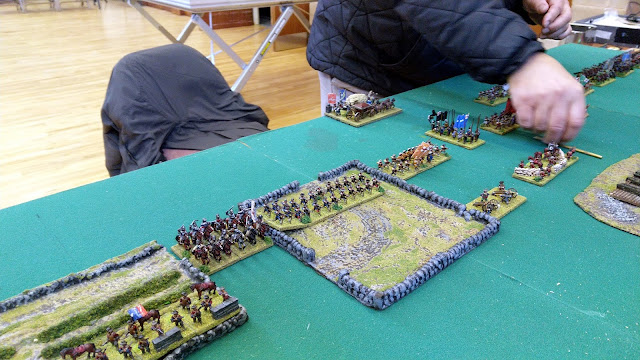 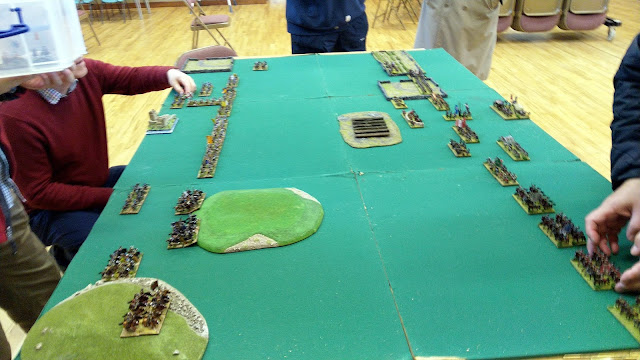