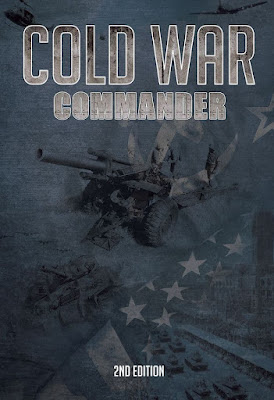 Stephen I tried out the latest edition of Cold War Commander with his excellent 10mm US and Soviet forces set in early 80s.

Core systems remain largely unchanged (lots of dice) but by yimmy we struggled with a lot of the other stuff which was poorly explained or indeed contradictory in places.

Built Up Areas/Buildings in particular had us head scratching as one rule says AFVs can enter (and are vulnerable to Infantry) but another says that only Inf and support weapons can set up in Hard Buildings, almost seemed like BUA and Hard Buildings are different beasts despite being described as same (ie stone or brick).

Also appears indirect HE cannot damage BUA (I sort of recall this issue from WW2 version) but direct fire by AT types can which is rather different.

Helicopter deployment took us a while to get sorted as well as initially described as only 2 ways to deploy then low and behold a 3rd way is given.

All very confusing for what is essentially a 4th edition of system not helped for me by only having rules as Pdf on iPad so the flicking back and forth to find stuff was tedious, I like Pdfs for reading rule sets but detest trying to use them in a game situation.

Whilst we expected a bit of a learning curve re modern weapon systems like the helos and ATGW we seemed to spend a lot of time trying to discern what should be simple stuff around BUA and cover types.

Both agreed we would need to house rule a lot of stuff but unsure if we can be bothered, pity as a lot to like in the system and the points and scenario systems seemed fine, new Ambushes and Recce are nice additions.

US M60A3s in wood supporting Mech Inf in town 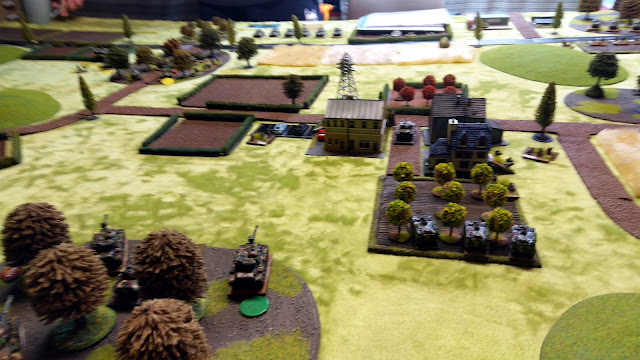 The town (3 x BUA) was the nominal objective 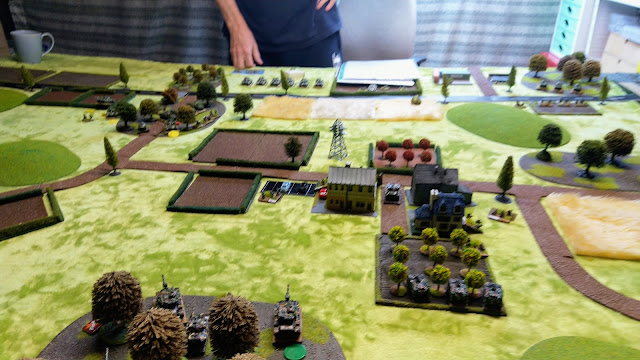 M60 Company (the Bradley is a Command element) 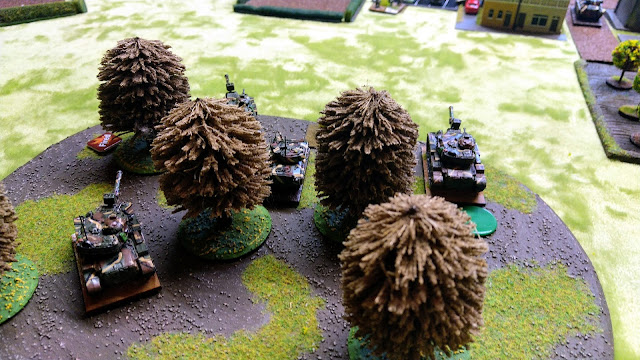 US Inf are concealed in town (even though models on board) 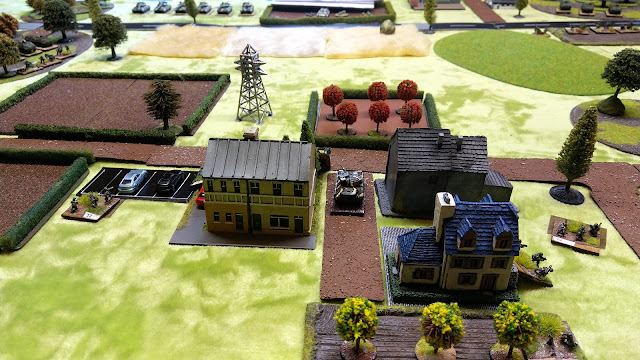 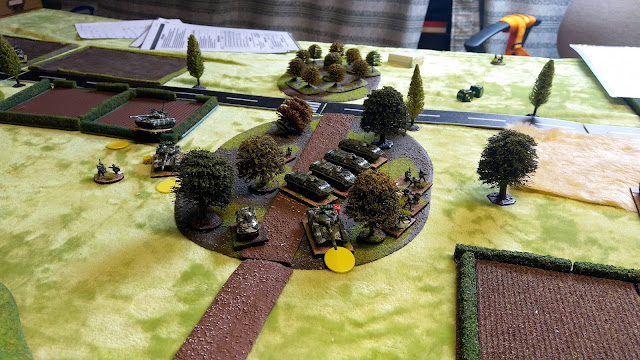 Soviet certainly had the numbers 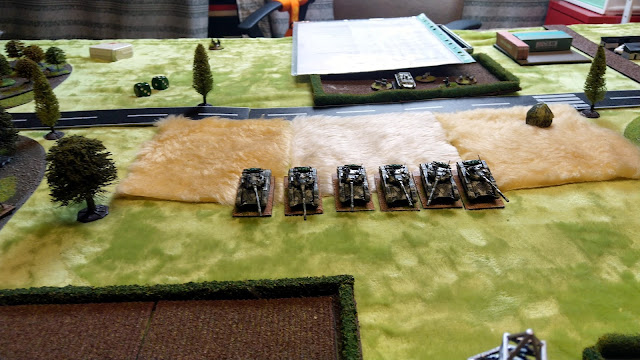 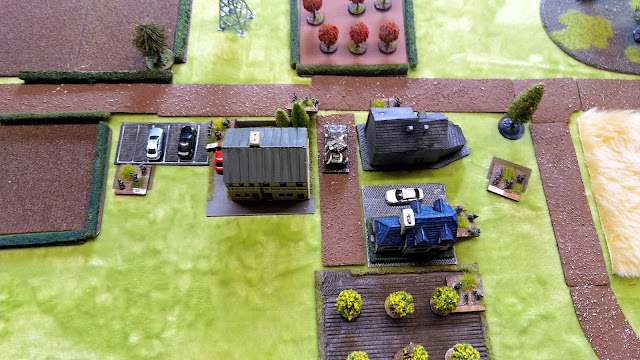 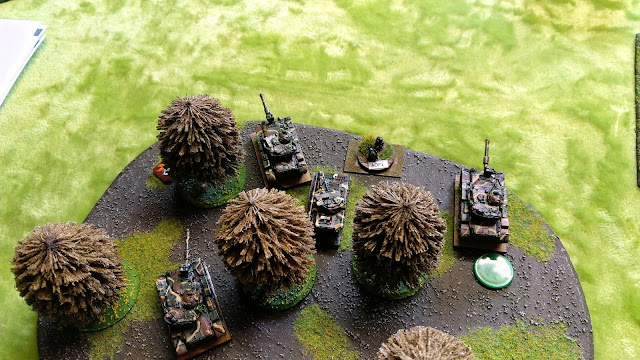 ATGWs engaged my M60s who were able to evade the missiles 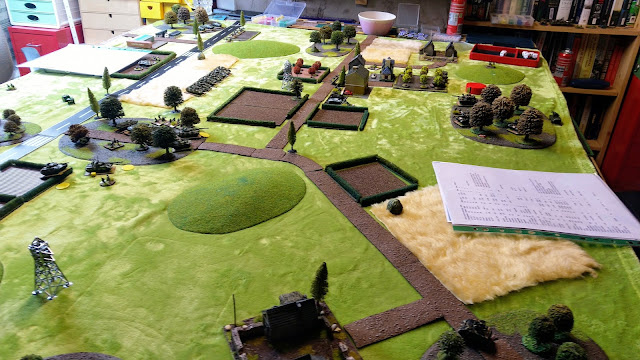