Shadow Of The Eagles a solo practice 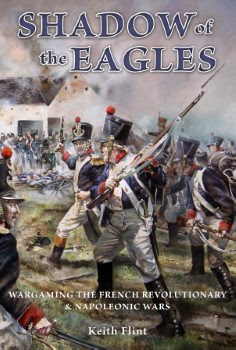 Been reading lots of rules of late (including Cold War Commander 2 in preparation for game at Stephens) and after looking through Shadow of the Eagles I decided to give it a wee solo bash.

Used the initial small scenario from book with my French facing Russians circa 1812.

Both sides have 3 small Brigades (French 9 units Russians 10) so a nice size to deal with solo.

I tried them briefly solo upon publication but not since.

As per design intent these produce a pretty much an 'old school' style game with some twists.

One thing that stood out was how Assault Columns operate compared to most other rule sets.

They move faster than line and can wheel tighter and are a more vulnerable target to artillery and shoot with 2D6 compared to Line with 4D6.

All fairly standard stuff but when it comes to close combat they still only get 2D6 with no bonus for formation (most rulesets give attack column some form of enhancement once they get into contact) and Line still get 4D6 so really no contest unless you can get 2 Columns on 1 Line and even then its a equal dice off (unless individual unit status adjusts rolls).

Making attack columns too weak or too powerful versus line is a bit of a poser for Naploeonic rules and depends on how one feels the interaction reflects historic record.

SotE certainly goes for a simple 'solution' compared to say GDA, not saying this is correct/incorrect but just a departure from many other sets regarding this matchup.

Overall play of game is slick and with minimal amount of factors and troop grades etc to contend with.

Movement is simple with one side going first (in order chosen by winner of an initiative roll) then other and Charges are the first thing performed as movement with units that 'stick' fighting it out in later Close Combat phase.

Fighting (which covers shooting and melee) is straightforward D6 system with 4+ being a hit with this hit number being adjusted up or down due to usual factors/circumstances.

Close Combat usually sees one side forced to Fall Back with possible Pursuit for winners.

Units are rated as Inferior, Standard or Superior for Training and Motivation which can effect Fighting and Rallying with units becoming Weakened (Shaken) at a certain level of hits (4 for Standard unit) and then Routed (Destroyed) and further level (7 for Standard unit) with ability to Rally off hits (first 2 always remain).

All the standard Napoleonic formations are broadly covered and Leaders exert influence with Command Radii, and Rallying (either when far from enemy or when leader attaches).

Units can activate by passing an Ability roll if out of command (which can occur if led by Inept type) and possibly garner a double move (if led by Inspiring leader).

Several other nuances with army traits, no points or lists as such just broad outlines for differing periods of Napoleonic wars.

All in all a decent set which seem designed for smallish (Divisional) games playable in an evening (options for larger Corps game) and whilst not presenting any great innovations (such as say Lasalle 2 or Soldiers of Napoleon) they do 'what they say on the tin'.

Conversely it was refreshing to have actual skirmishers on table as opposed to more abstracted/conceptual versions of recent sets.

French Chasseurs and a Horse Battery line the stream

As their Ligne advance in center

French Legere in skirmish order about to cross stream 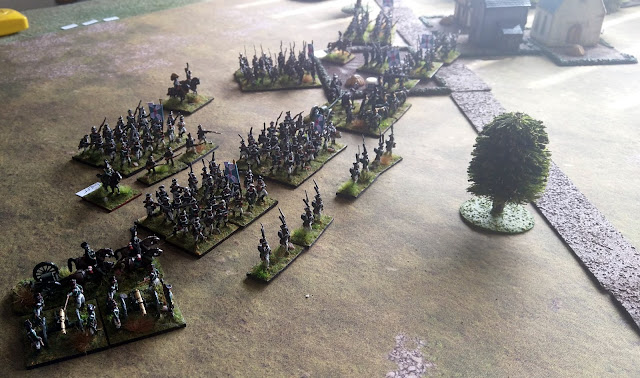 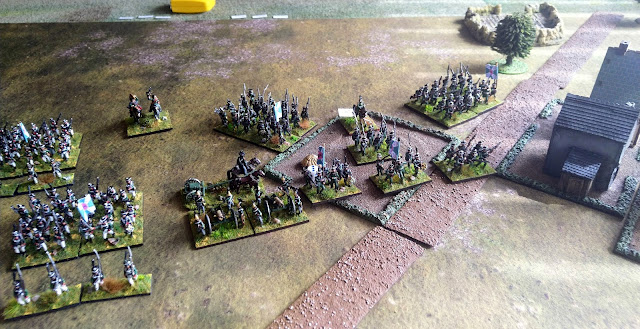 Hussars getting pummeled by Chasseurs 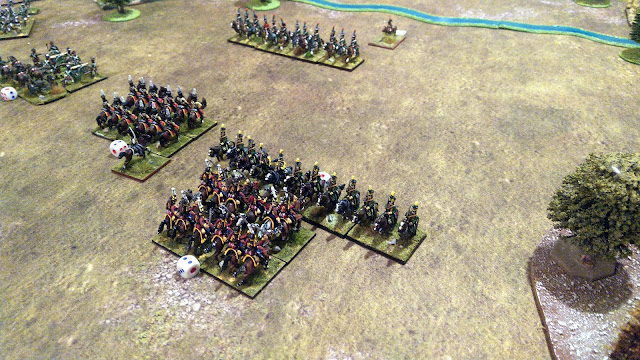 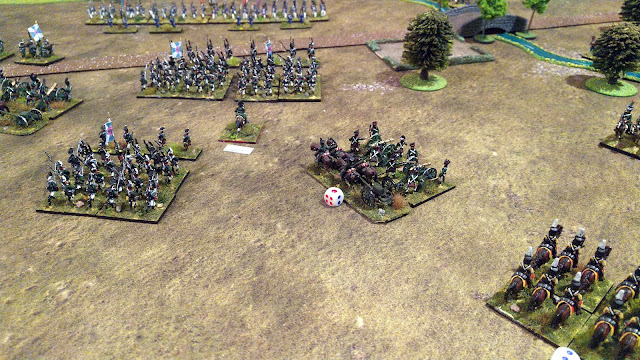 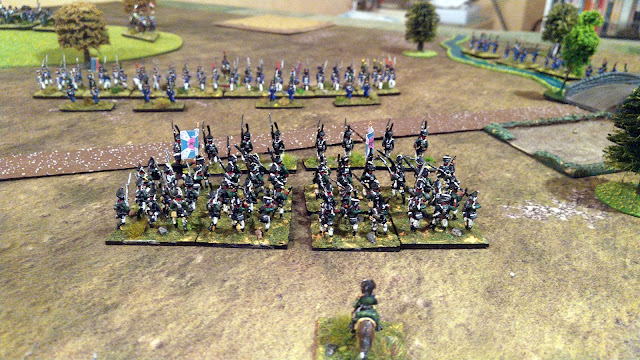 A further cavalry melee about to ensue 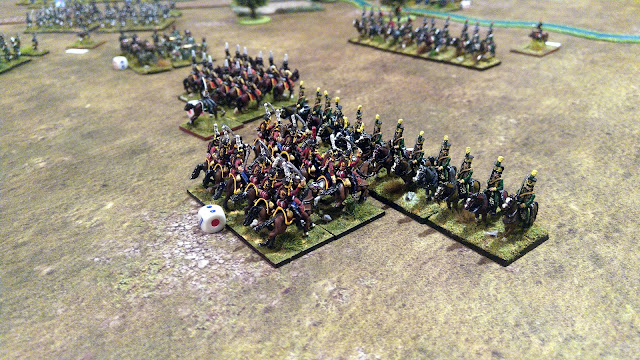 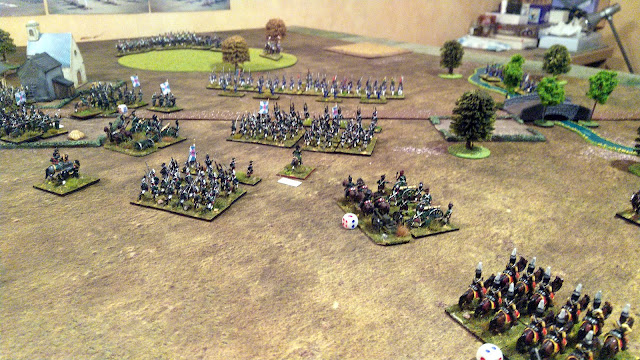