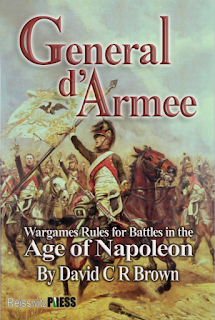 As planned we tried the Dresden scenario I had set up last week today with GDA.

I defended with the Russo-Prussian force and used the same set up as in solo effort.

Stephen attacked as French with only real change to my version being he had an infantry brigade on his extreme right in lieu of the mounted force I sent that way.

We did (of course) end up having one of our lengthy discussions this time as to how rigid or otherwise brigade boundaries are meant to be in the game.

Rules put forth the operational boundary concept but not really fleshed out in detail how to practically apply it. We decided that really only playable as being applicable at deployment or when inserting a reserve brigade into the battle line, as just too constraining if there is no overlapping, interaction or intersection of neighbouring brigade units allowed.

Am finding GDA a tad frustrating as I feel that whilst there is a great deal to like every game seems to throw up some basic queries (we had another involving adjacent opposing charges) that we often find difficult to resolve quickly in rules and which thereby slows the game down and means we fail to finish even in a full days play.

And so for all its historical plus points I keep thinking 'what am I gaining' compared to other systems most of which play quicker/smoother despite having their own quirks/issues.

The rules are often opaque to me (maybe it is an age thing ?) and certainly more complex/involved than others, but conversely I do feel there is enough depth to system (and the excellent scenarios) to persevere with and try to enjoy, a conundrum.............................. 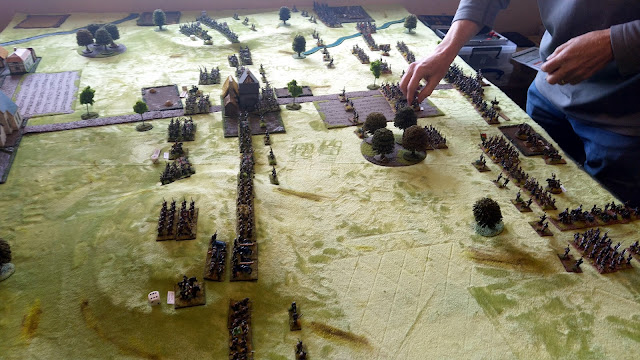 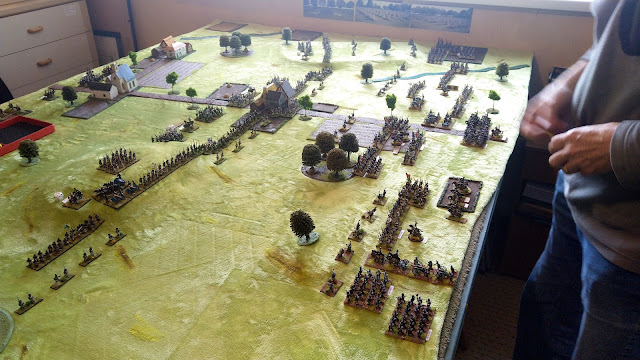 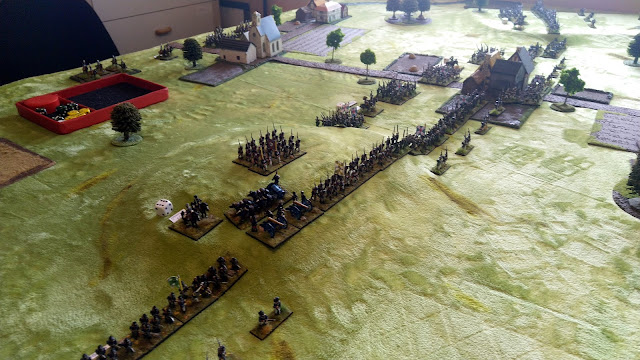 Infantry Assault order for central French brigade from get go 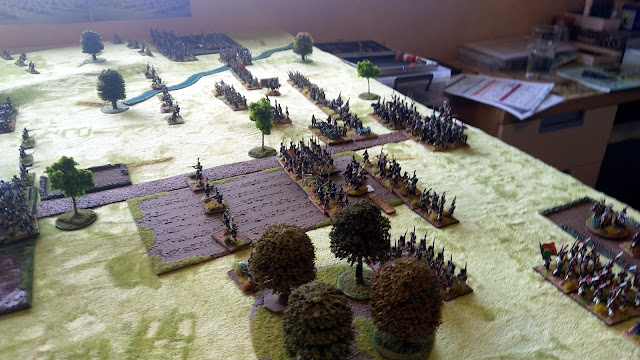 French infantry mass on my left