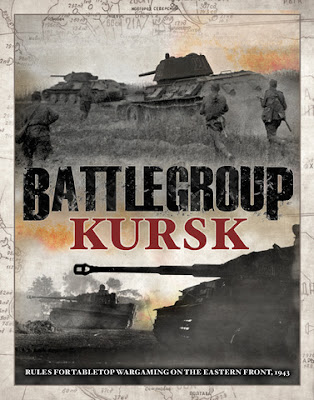 Played 15mm game using Battlegroup Kursk rules we both acquired some months ago. I set-up table and we used one of the generic Meeting Engagement Scenarios with 650pts each (a Platoon sized game). Scenario allows one player (after dicing) to pick a corner to deploy from with other player deploying from opposite corner (unit arrival staggered over turns and within 20" of said corners).
We had both only briefly skimmed through the rules and we struggled to understand a few concepts early on but once stuff 'clicked' the game went along at a fair pace and was very enjoyable.

Command system (you roll 2D6 at Platoon level adding 1 per Officer fielded to generate number of Orders available).
Orders themselves (essentially 2 per unit with Move & Fire, Fire & Move, Fire Twice and Move Twice main options with others for Artillery Requests, Close Assaults and Disembarking).
Battle Counter system (drawing 1 per negative 'event') and inherent Random Events.
Use of Battle Counters for Unit Rallying (you want to Rally 1D6 Pin markers you must draw 1 Counter)
Spotting, Movement, Shooting and Melee systems all slick and playable.
Artillery (in our case Mortars) easy to use and nicely effective.
Ammo rules for AFVs which negates endless blasting away
Army lists and options therein.

Things we disliked (or more accurately struggled to understand initially):

Lack of clearly defined Line Of Sight rules (most stuff implied rather than explicit) although we used common sense/agreement to resolve issues.
German Infantry being split into a 5 man Squad and a 3 man LMG team (compared to 8 man Russian squad with inherent LMG) was bit odd as whilst it seemed more flexible it conversely takes two orders to move the 8 Germans (2 units) than one for Russian single unit.
This also seemed to make German units more brittle overall (despite being Veteran against Inexperienced) as they died quicker and therefore generated more Battle Counter draws (roughly 2.5 to 1 in our game).
No defined ground scale and 30" for Rifle range seemed rather long.

Our game was very much in the style of 'a game of two halves' as we had the aforementioned difficulties initially but once it clicked with us it turned into a slick moving game for which the QRS was mostly all was needed.

I had an Infantry Platoon (compulsory) which I fielded as PzGrenadiers with a Foot Recon patrol, an 81mm Mortar, an HMG team, a Sd233 Recon Armd Car, 3 StugIIIGs and 3....yes count them..... Tiger 1s.
The foot were all Veterans the AFVs Regulars

Stephen fielded 2 Infantry Platoons (again compulsory) an AA MG, an NKVD Command unit a Senior Command Unit, a Scout patrol with 6 T34s and 3 KV1S. Support from an off board battery of 3 82mm Mortars rounded out his force.

The Tigers are really tough (ie virtually impregnable frontally) and without the ammo rules would totally dominate especially as you can get 2 shots per turn.
With 9 Ammo however this is a less prudent option.
The off-board Russian Mortars proved very effective especially with so much open ground in Kursk area.
I twice had chance of Air Support (Battle counter drawn) with a Stuka appearing once only to be chased off by lone AA MG (required a 6 to force an Abort which of course Stephen duly rolled).
Russian Infantry took out 2 (!!!!) Tigers in Close Assault, again pretty lucky as less likely to complete such an Assault being Inexperienced and then lucky to escape unscathed and also to get roll against my rear armour (still needed 8+ on 2D6 but rolled a 10 then 12 !!!)
German Infantry fairly melted away in face of so many Russians.
German 6 man Command Unit massacred 6 Man Russian squad in melee but only 2 left standing to face oncoming horde.
Russians lost 3 T34s and a KV to AT fire killing 1 Stug in return but Germans had 2 units out of ammo (lesson for us both is to buy Ammo Unit option).

I would put these rules on a par with Battle Group Panzer Grenadier, I Ain't Been Shot Mum or Blitzkrieg Commander and rate them much better than Flames Of War and Rapid Fire.
I can only assume, surmise and suspect I will be buying the upcoming Normandy set :-) 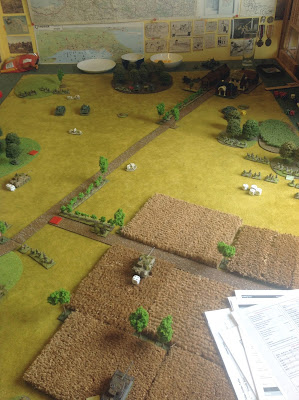 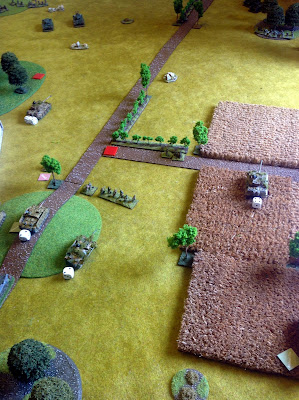 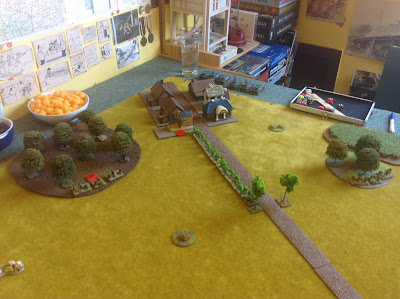 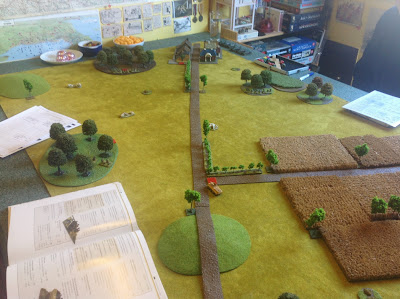 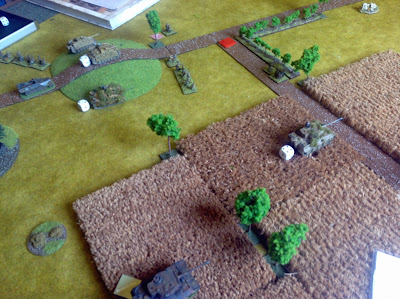 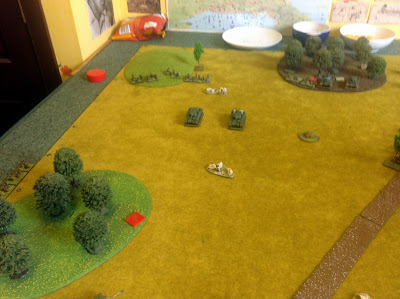 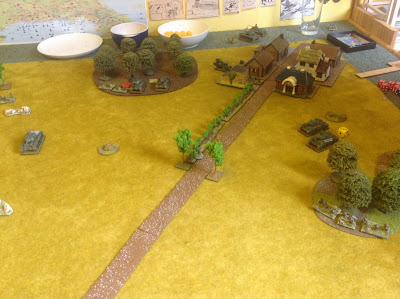