Had a game at Stephens today and he picked a game of Franco-Prussian War using his newly expanded 10mm collection (we bought some of these between us some 20+ years ago !! but I swapped my Prussians for his WSS French).
We used They Died For Glory rules (which we had last used 20 years ago as well).
Stephen set up an attack defence game and I selected Prussian attackers.
I had two Divisions worth of Infantry  (only 1 on table at start) with 6 Artillery batteries in support (also off-table at start) and 2 Light Cavalry Regiments.
A dug-in French Division oppossed with support some Artillery and a Millatreuse.
Lovely figures a mix of old Pendraken and Chariot miniatures with a lot of newer Pendraken added.
We found the rules rather bloody (more so than we remembered them to be) especially using alternating Impulse system as French got to Fire twice which with 6 dice per unit firing twice proved pretty devastating to Prussians.
I tried several formations but was soon apparent that a mix of skirmish and deep column (a form of attack column) was best as deep column and line just too easy to shoot up and slow.
As my second Division and the Artillery arrived things looked up for Prussians as bulk of French fixed in place.
We were going to change to the semi-simultaneous option of play sequence as we felt it would give attackers better chance as they get one shot back potentially).
But real life took over as a phone call from one of Stephen's daughters cut game short as he had to take her to Hospital as she had cracked/split a tooth and it was causing her a lot of pain.
We are keen to try the period again but most likely will use Field Of Battle next time. 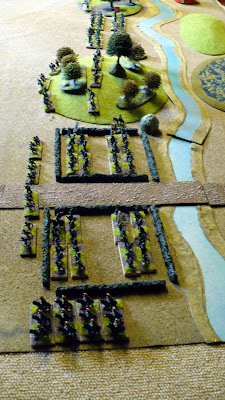 French dug-in in 'trenches' and built up areas 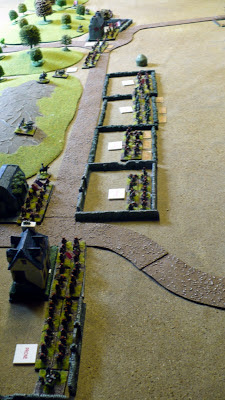 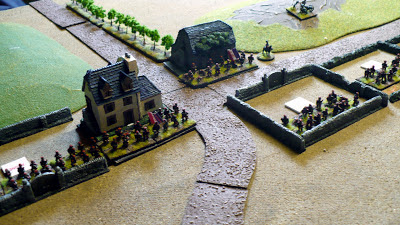 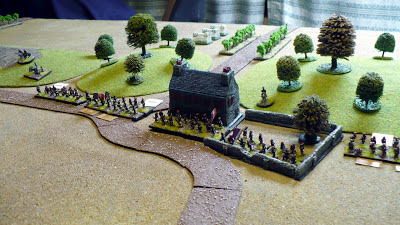 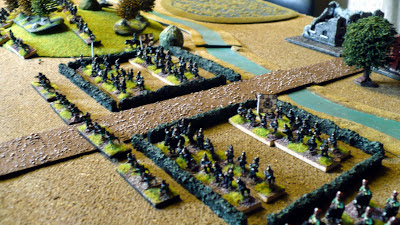 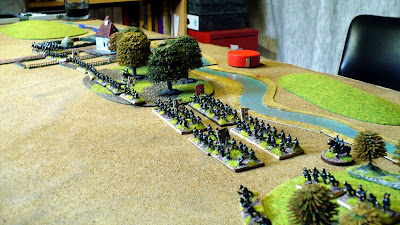 The initial attacks go in and suffer high losses 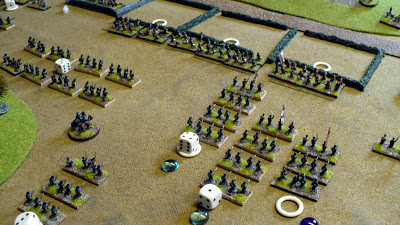 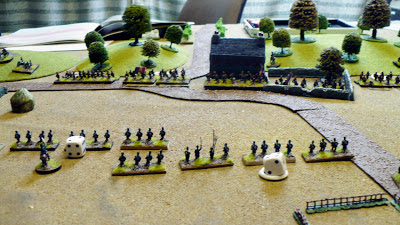 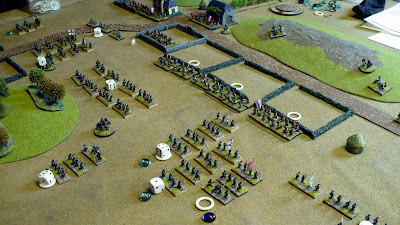 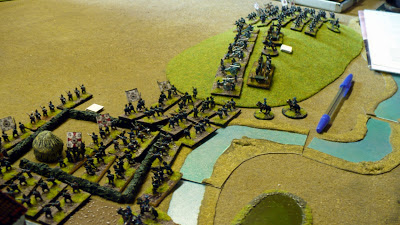