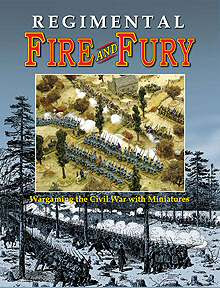 An American Civil war game at Stephen's today using the Regimental Fire & Fury set.
Scenario was an 'official' one outlining an encounter preluding 2nd Manassas set in August 1862 (I think it was called Brokenaws Meadow or similar ?).
I took the Rebs against Stephen with Feds.
A sort of meeting encounter although with onus on Rebs to do bulk of attacking.
Both sides started on table with only 3 Regiments, the Feds having some on table and off table Artillery batteries in support.
Feds are from Iron Brigade and Rebs are also Crack but much smaller. Both sides get reserves as game goes on with numbers advantage to Rebs.
Rebs are good quality overall with the initial 3 Crack Regts and all the rest Veterans.
Feds a more mixed bunch with some Trained troops but several Regts are rather strong.
Main objective is a field pretty much in centre of table but both sides score for inflicting over a third casualties on enemy forces.
The game lasts 9 turns with visibility decreasing every couple of turns as dusk then night falls.
Our game ended up in a bloody draw with glorious Rebs in possession of the field.
Stephen (ACW buff) tells me the game played out pretty much as per history with Feds inflicting losses on Rebs but suffering themselves with Rebs taking the objective and Feds being forced essentially to quit the field prior to big attack next day.
RF&F is a very slick set of rules that plays pretty fast once you get going with them and am tempted to purchase them despite not having a single ACW figure.
Having played the original F&F helps of course as a few differences/nuances but with core system the same.
Fun game and nice to try ACW period again. 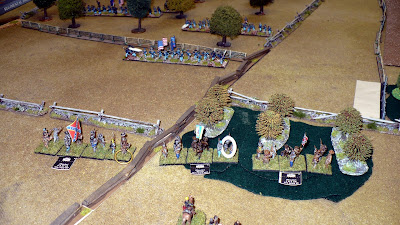 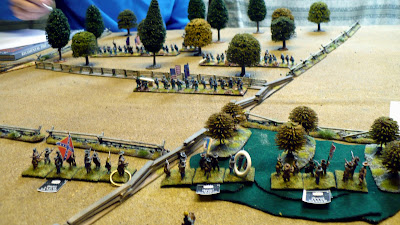 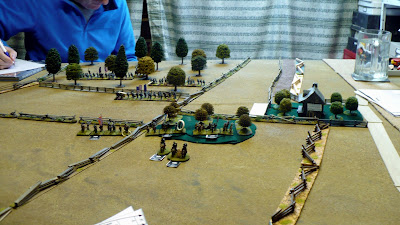 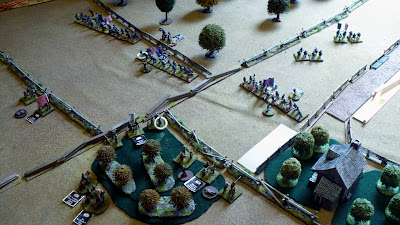 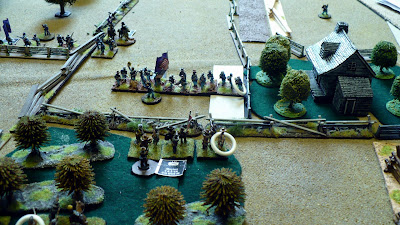 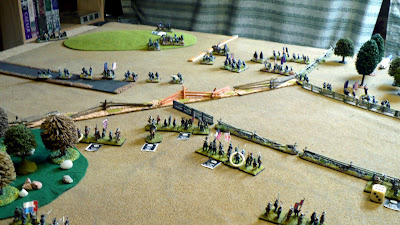