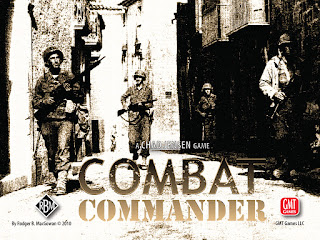 Played couple of games of Combat Commander (first in a while) using a iPhone app for Random Scenario Generation.
Very quick and easy to use it was too as it selects map, orientation of same, postures, date and sides etc with players able to select Units, Supports and Fortifications.
First 2 games had me as Allies (Russians 1943 then Belgians 1940) against my Dad with usual Germans.
Third game my son Steven arrived and played using Russians 1944 against my Dad (and this was only game I remembered to take pics for)
Three excellent games as ever and the RSG app worked pretty well. 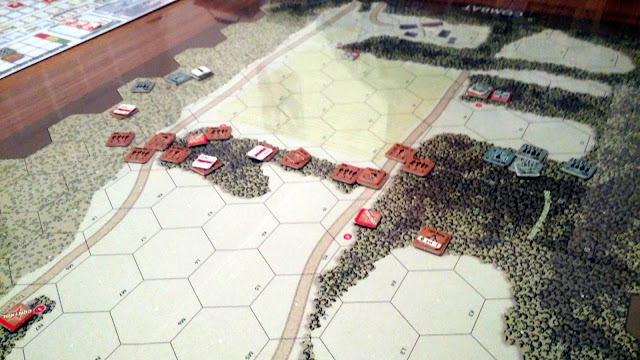 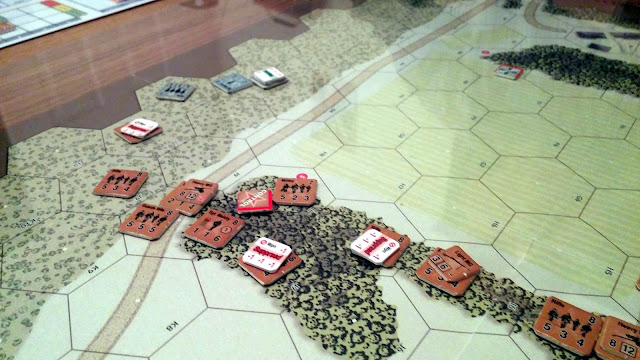 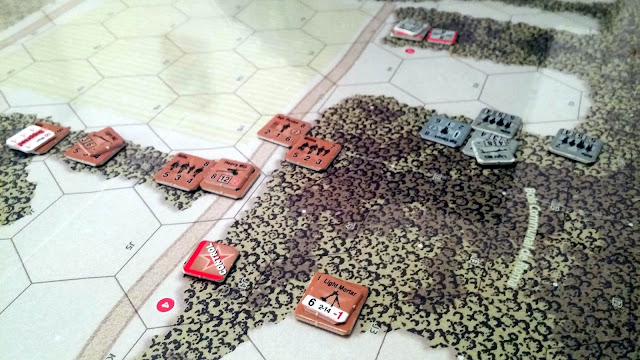