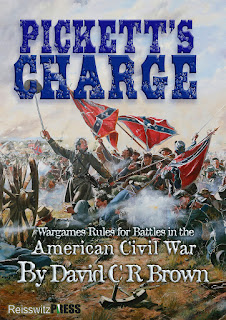 Game of Pickett's Charge played today at Johns.
He and I played as Confederates versus Stephen's Federals.
Game was based on a scenario depicting an action at Cemetery Hill on second day of Gettysburg.

Due to Stephen and John having some issues with the firing charts we used a slightly amended version with small units slightly lessened and long range Artillery also (by roughly as -1 modifiers and Long Range Casualty Dice requiring a 5-6 to hit rather than standard 4-6).
Main beef with Inf firing is that on a standard roll of 7 (on 2D6) two small units can generate more hits than a standard or large unit of nominall the same numbers of men, leading to the smaller units 'ganging up' to fire.

Stephen had also reduced the historical number of batteries from 9 Union and 7 Confederate to 4 and 3 respectively for game play purposes.

In the scenario Rebs have some 16 units but face some 21 (although 5 are in Reserve Brigade) Union units awaiting them in cover along Cemetery Ridge and its environs.

This meant a long and bloody (even diluted) advance under Artillery Fire and then into the teeth of fresh defenders.
I had two Brigades one of which did manage to charge and dislodged a Union unit bit at crippling cost in casualty hits.
My two Brigades both Faltered as did one of Johns (also blooded) and of course John then only activated two ADCs meaning one Brigade as 'Cawntempiously Chewed Up'.
We called game at that point as Reb strength drained too much to recover.

Another good game with the rules which really shine in the aspects of ADCs, Orders and suchlike.


Union positions on Cemetery Hill with artillery on hill in support 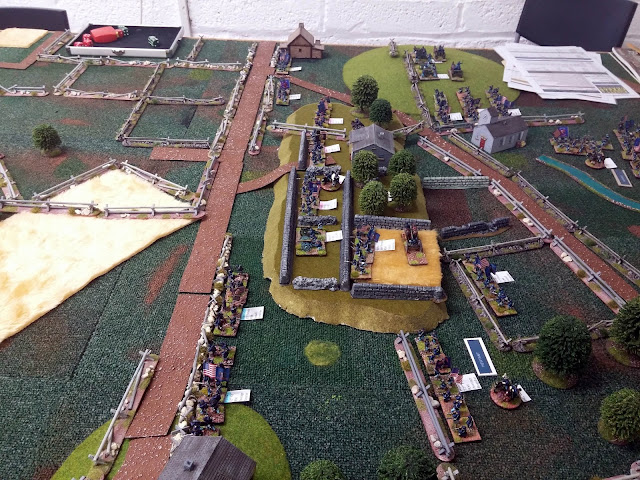 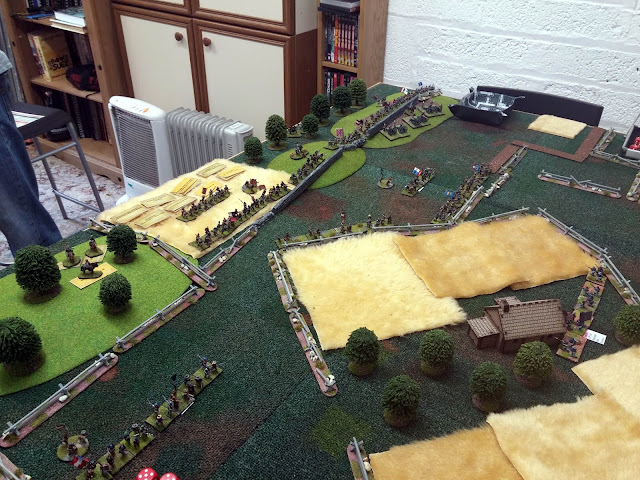 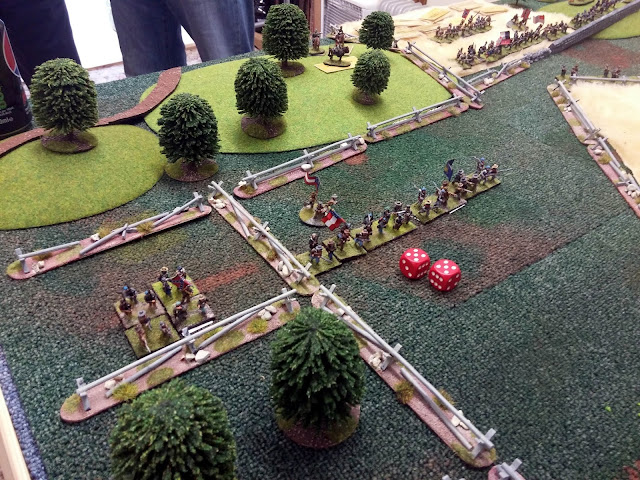 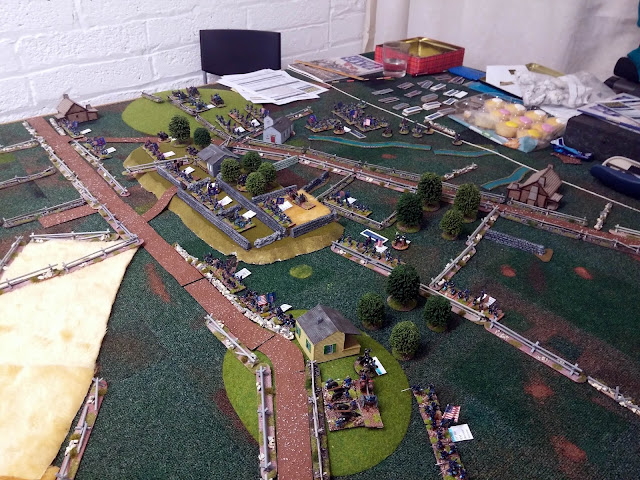 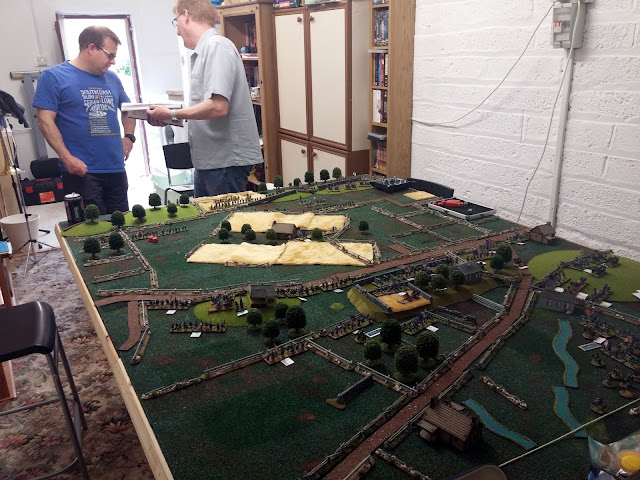 My target on Union left 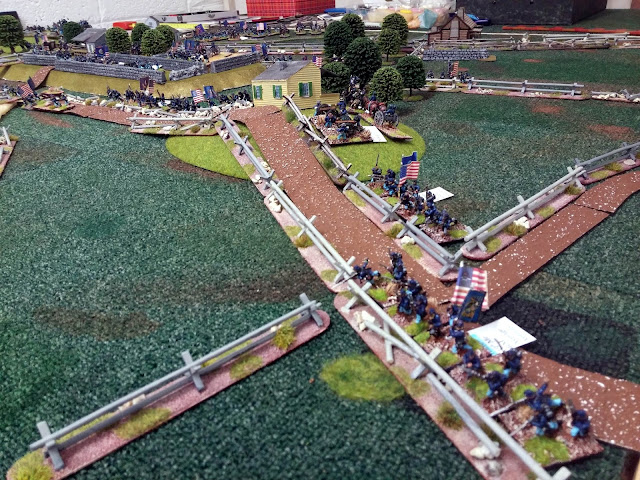 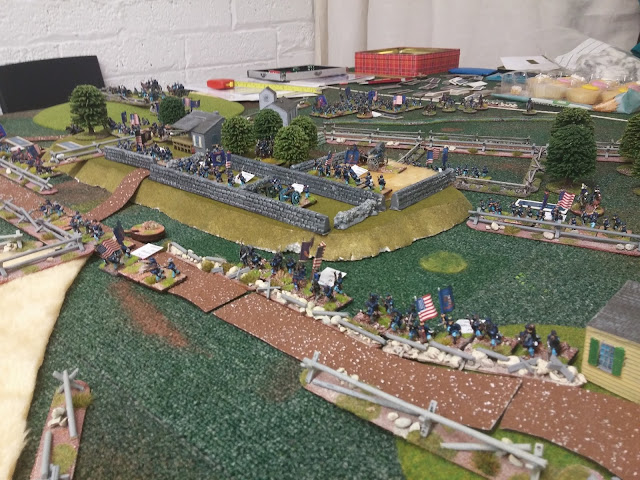 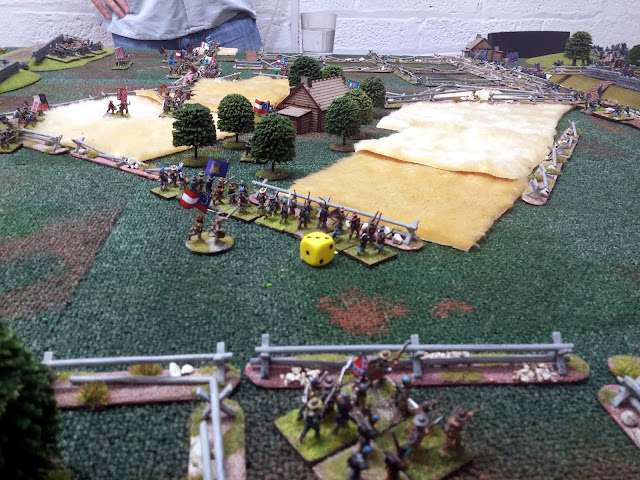 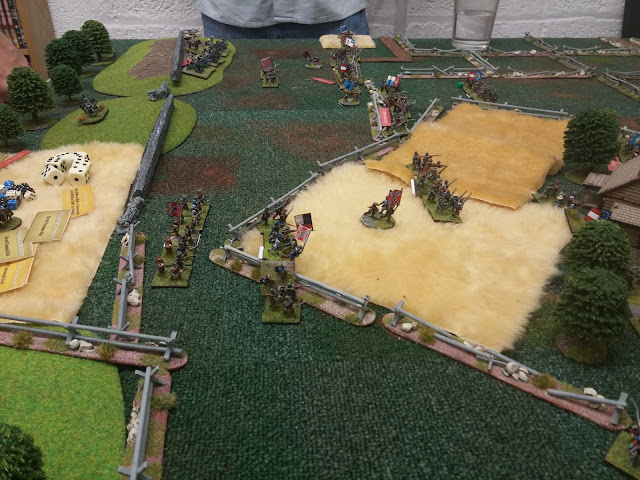 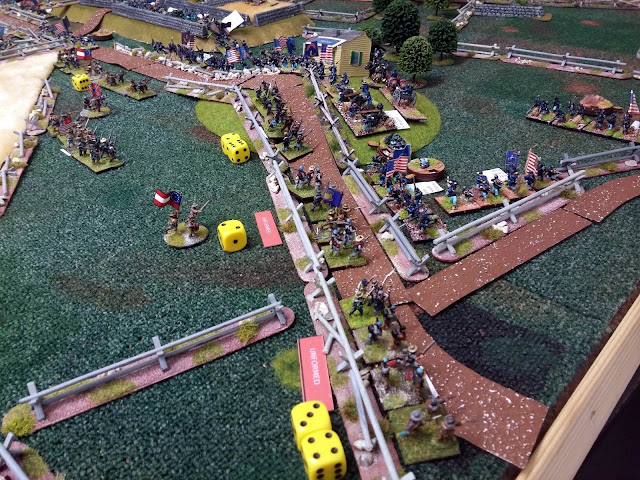 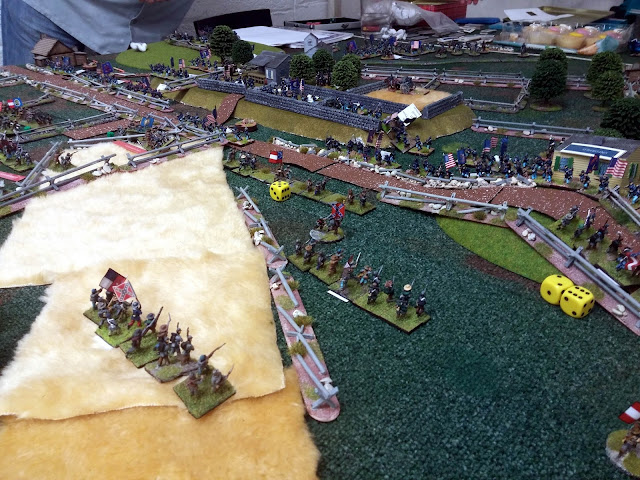 Rebs struggle forward on right  (lots of casualties here too but marked with micro dice that I struggled to see hence larger version with my Brigades !) 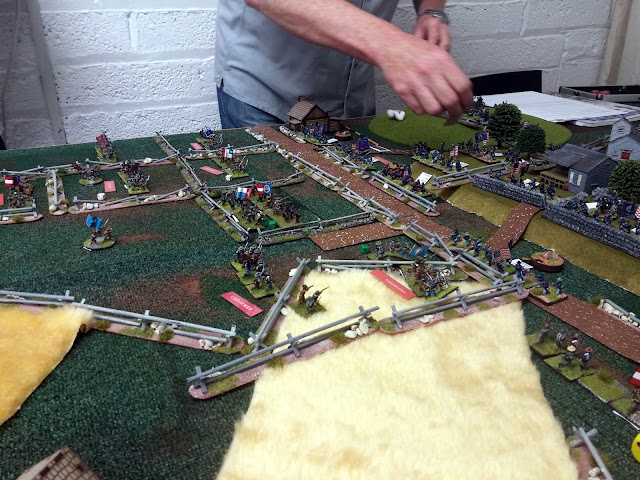