Chain Of Command - Another trial of Op Martlet

Another try with CofC rules (as we are trying to learn nuances).
Played the same opening Op Martlet scn but this time at Stephens.
Having mucked up the Patrol phase last time I had more success this time being able to at least Deploy a good deal further forward this time.
However with such a lack of cover on Brit half of table the high firepower of the German section (2 x LMGs) made forward progress costly or stymied it completely.
Pz IV took out my Sherman support again.
We are still not sure of a couple of rules re attaching Leaders and the vulnerability but otherwise think we have rules mostly down.
Using 15mm figures we decided to reduce off-board Mortar barrage to a 12" square instead on 18" and to reduce Covering Fire areas from 9" & 4" to 6" & 3" respectively otherwise everything as written works fine.
Planning another bash with rules next week but trying a different scn :-) 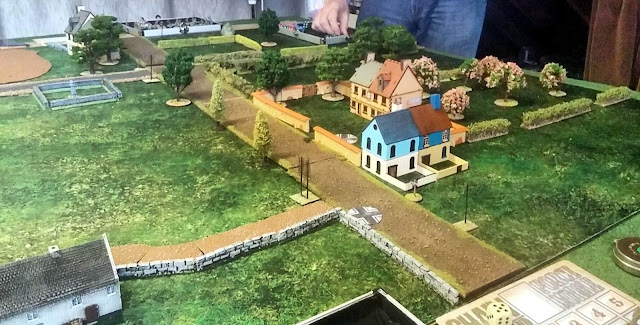 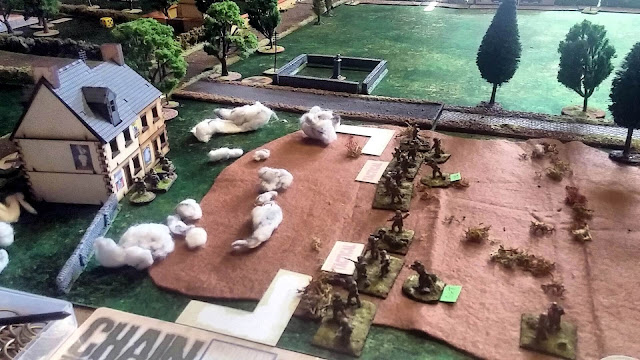