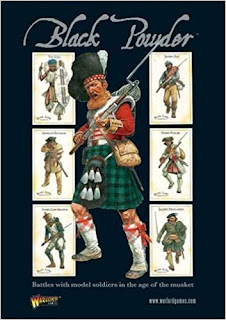 Game of Black Powder tonight at club with Billys excellent 25mm troops from US-Mexican War of 1846.
A war I know little about but some interesting and colourful units on both sides.
I played Mexicans with Shane against Bryn and Billys grandson Luke.
Nice hard fought game with a very quick playing set of rules (ideal for a club night game).
Shanes Infantry and Cavalry Brigades both broke rather quickly but I managed to break two of Luke's foot Brigades (he is very partial to charging rather than shooting !).
We called it a draw but with the US Cavalry still intact it was likely my now open left flank would be highly vulnerable. 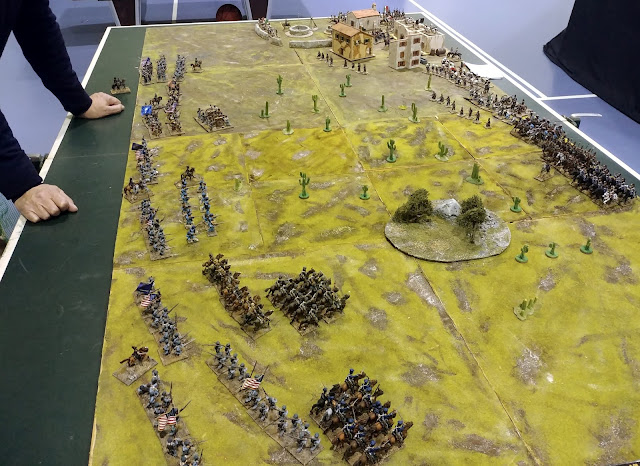 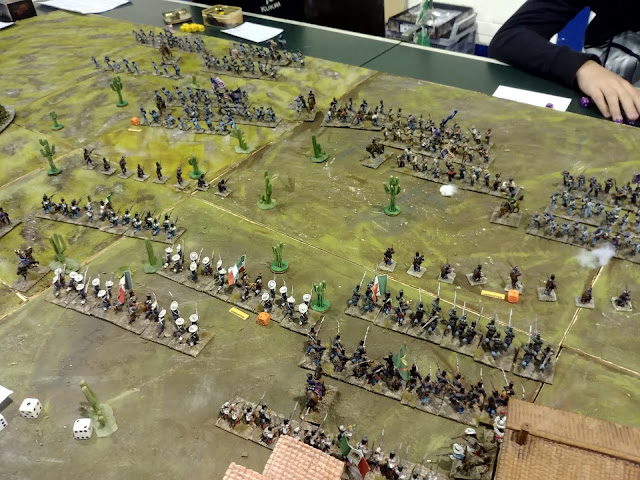 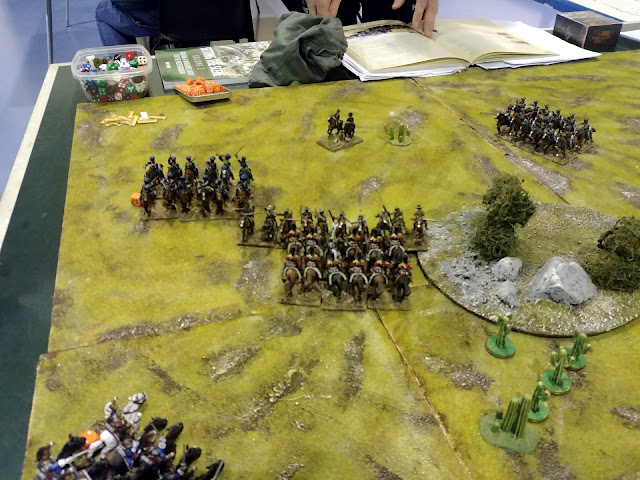 Also on go at club was a 15mm WW2 Eastern Front game using Kampfgruppe Commander III (would have liked to have seen these rules in action but duty called in Mexico. 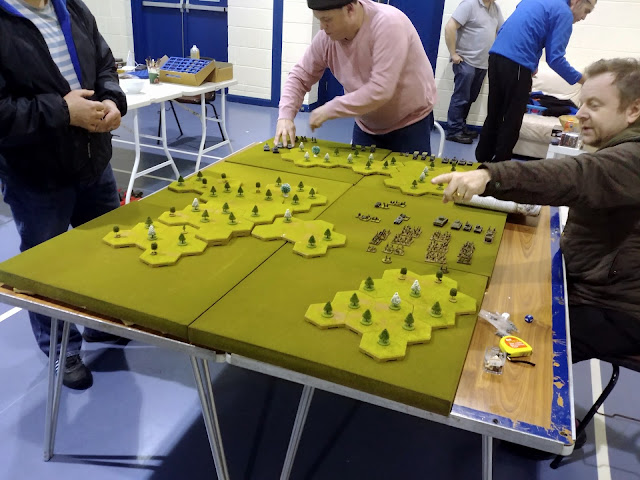