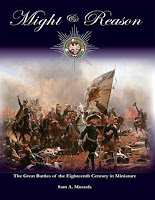 Used Might & Reason for first time today using my Seven Years War Russians versus Stephens Prussians. Set-up table pre-game using one of the generic maps from rules. We used the army builders and I selected Average Russians with 210pts and Stephen took Prussians as Great (ie Freddies lot) with 140pts of troops.
Russians had 2 Grenadiers, 12 Musketeers, 2 Cuirassier, 2 Horse Grenadiers, 1 Dragoon, 1 Hussar,  3 Heavy Guns and 1 Howitzer (the guns brigaded together as option on Russian list) with 8 Leaders in addition to CIC. Prussians had 5 Leaders plus Freddie with a mix of Grenadiers, Fusileers, Musketeers and 2 Hussars with 3 Dragoons.
We then diced for Leader quality which gave the Russians 5 leaders at -1 2 at 0 and 1 at +1 with two being exceptional but not Valourious. Prussians were mostly +1 with one at +2 and several Valourious types. Russians had to deploy first having been out-scouted and this allowed Prussians to mass on one half of battlefield.
This effectively took half of Russian army out of equation early on (1st lesson leave at least some troops in columns if deploying first). Game developed into Prussians advancing enmasse on their right with Ivans struggling to re-deploy (the Ivans artillery was completely redundant as no targets to aim at all game and just too slow too re-deploy effectively. Awesome Prussian shooting decimated several Ivan units and in melee the Ivan Cuirassier had awful dice and die to a man against enemy horse. A struggle for a town sector saw a brave Ivan charge end in rout but follow up regiments take half of a town. We ended the game when Ivans reached their initial break-point (ie 8 units destroyed) rather than dice for morale collapse each turn.

We were quite slow for first couple of phases of game as we got to grips with the Initiative and Control Tests aspect of game, but things soon speeded up. We found system very playable with nice balance and the shooting and combats are swiftly and often bloodily resolved (in melee its either both sides take hits and one bounces off or one side is completely annihilated). Need for reserves or second lines apparent. Prussians have a lot of inherent advantages in the rules despite being rather smaller army. Their Infantry are generally stronger than Ivans by 1-2 strenths points can move obliquely (as can all cavalry) and probably best advantage being that they score shooting hits on 5 or 6 compared to 6 only for Ivans. Combined with their much better leaders they are a potent force. Ivans by contrast are fairly cumbersome and only gain a slight advantage in inconclusine melee outcomes in that that they take one less strength point loss. All seemed fairly historical to us. Quite a high level set of rules but smooth to play.
Pretty much on a par with Piquet Field Of Battle with of course a few differences in outlook resolution but similar in outcome and simulation.
Stephen quite taken with them and now investigating the ACW version. 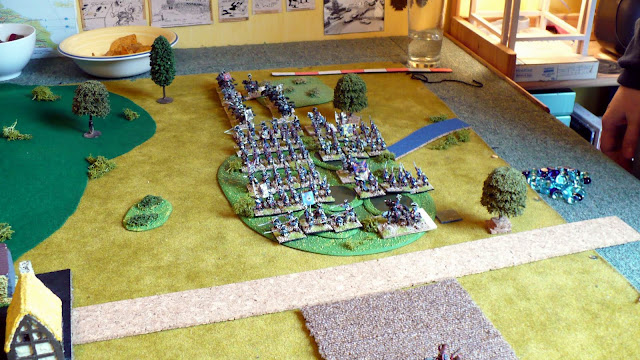 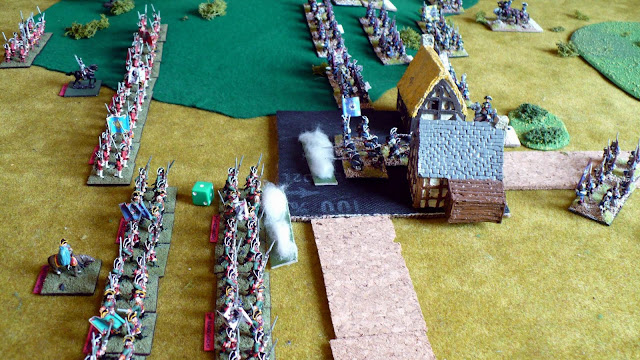 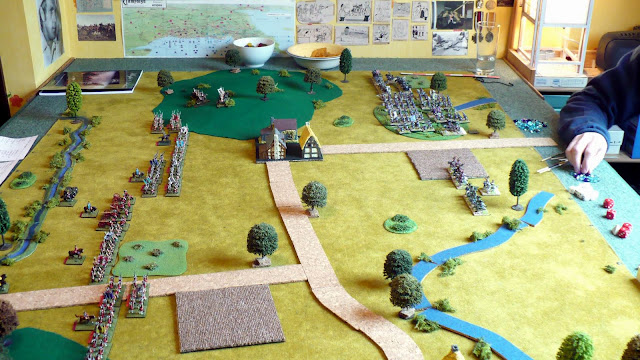 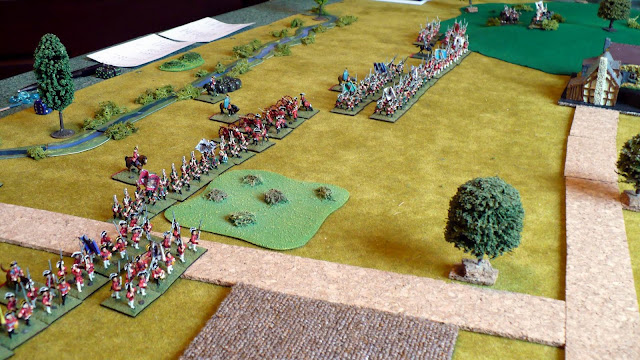 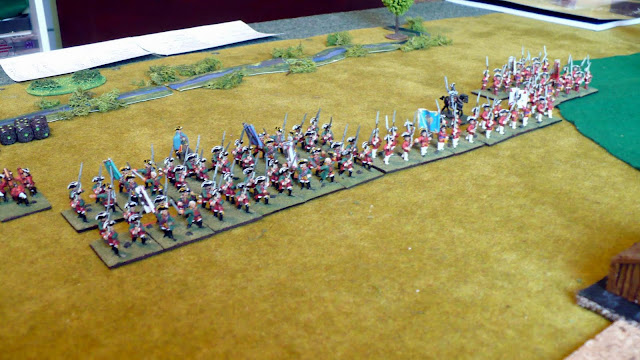 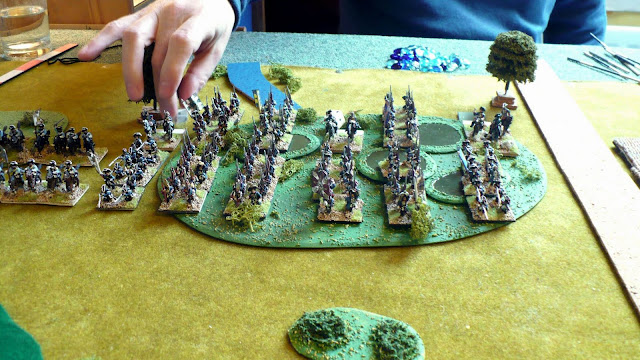 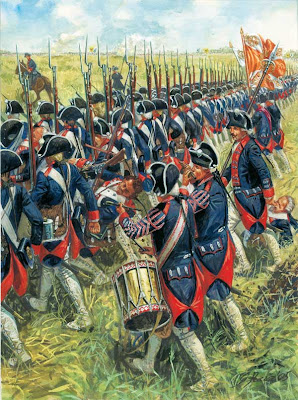