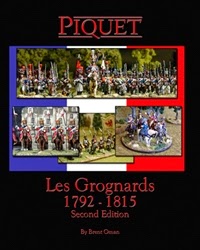 Some limited time spent playing this game solo.
Prussians had a long run of Impetus (I am using the basic D20/20 Impetus limit method) which saw them deliver some hurt to the French.
In true PK 'swings and roundabouts' style the French then saw a lot of action but the Elite Old Guard Horse Grenadiers found themselves decimated by artillery fire losing three from four bases !! survivors did however manage to pass the ensuing Prussian Morale Challenge.
A unit of Prussian Dragoons were caught in Column by Young Guard and similarly decimated.
Elsewhere a unit of Young Guard were routed by a devastating volley from a Landwehr unit.
A Prussian Reserve Battalion suffered a similar fate to French fire.
Another Landwehr Battalion also managed to occupy one of the town sectors just before a Young Guard unit and will be tough to dislodge.
A large cavalry melee is developing on other flank.
So far honours pretty even but French Morale Chips whittled down a tad more than Prussian
Great stuff for solo play with only the use of Opportunity Fire and Morale Challenges requiring me to use a 'what is best' decision/dice roll to implement. 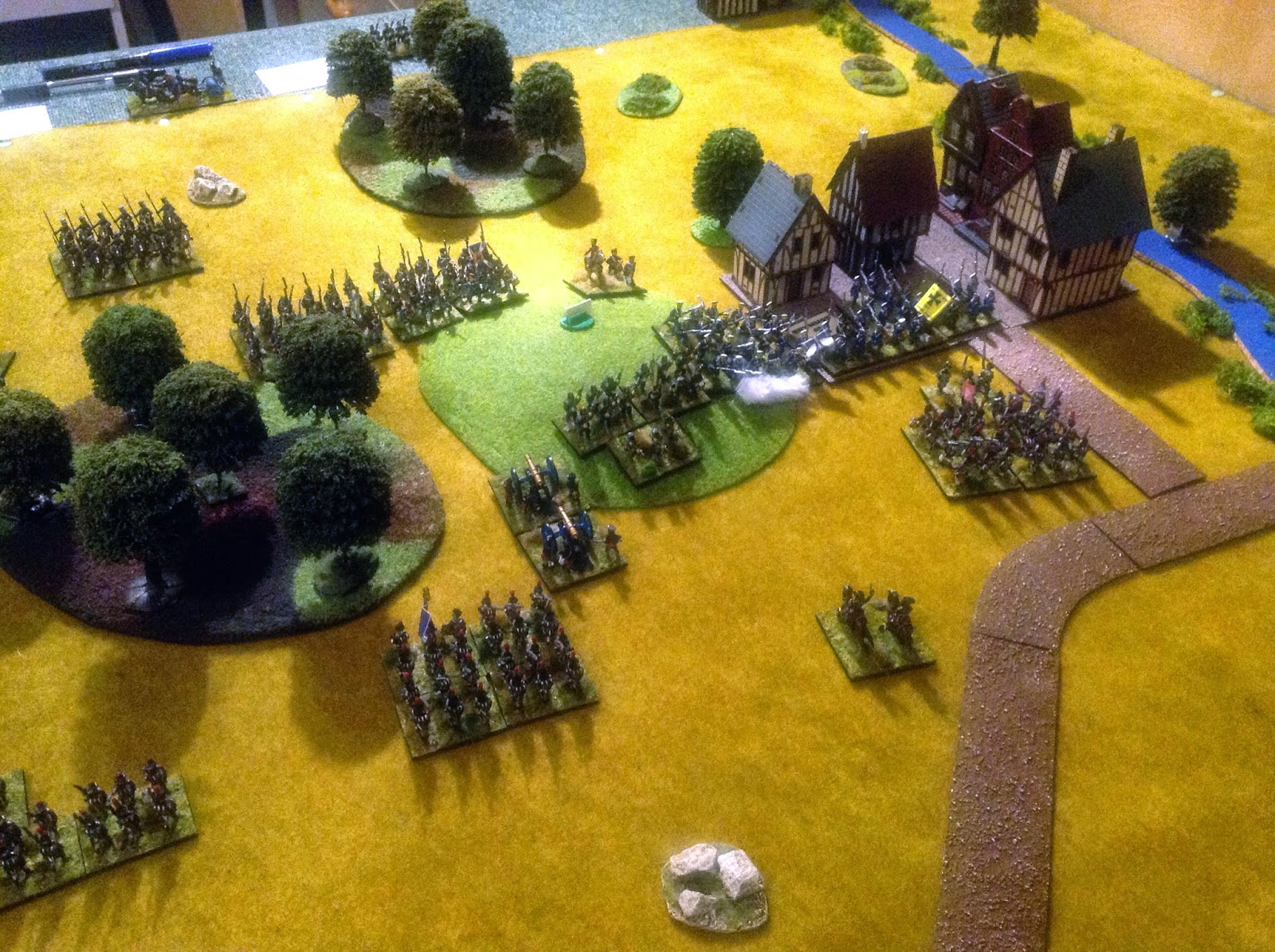 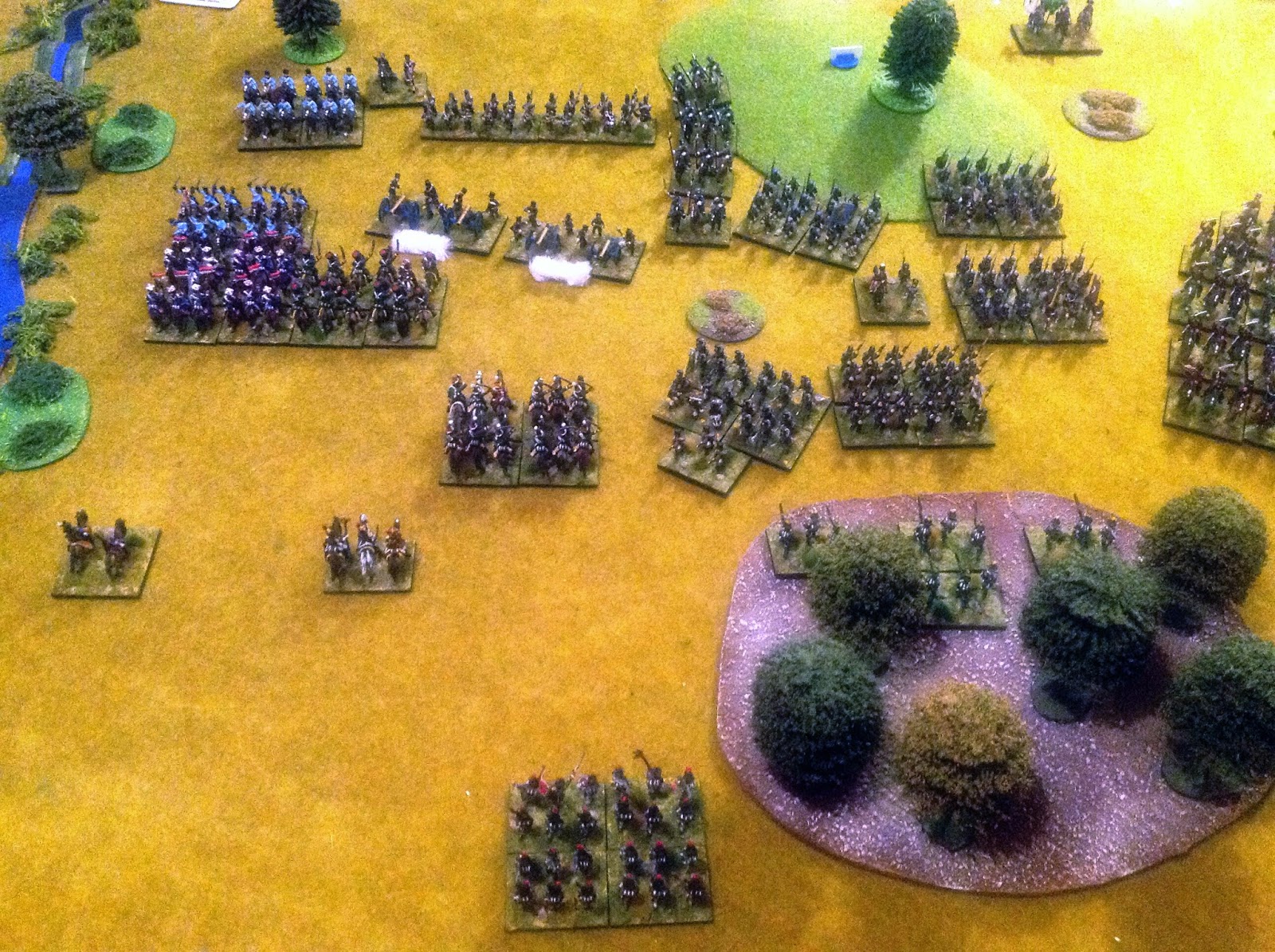 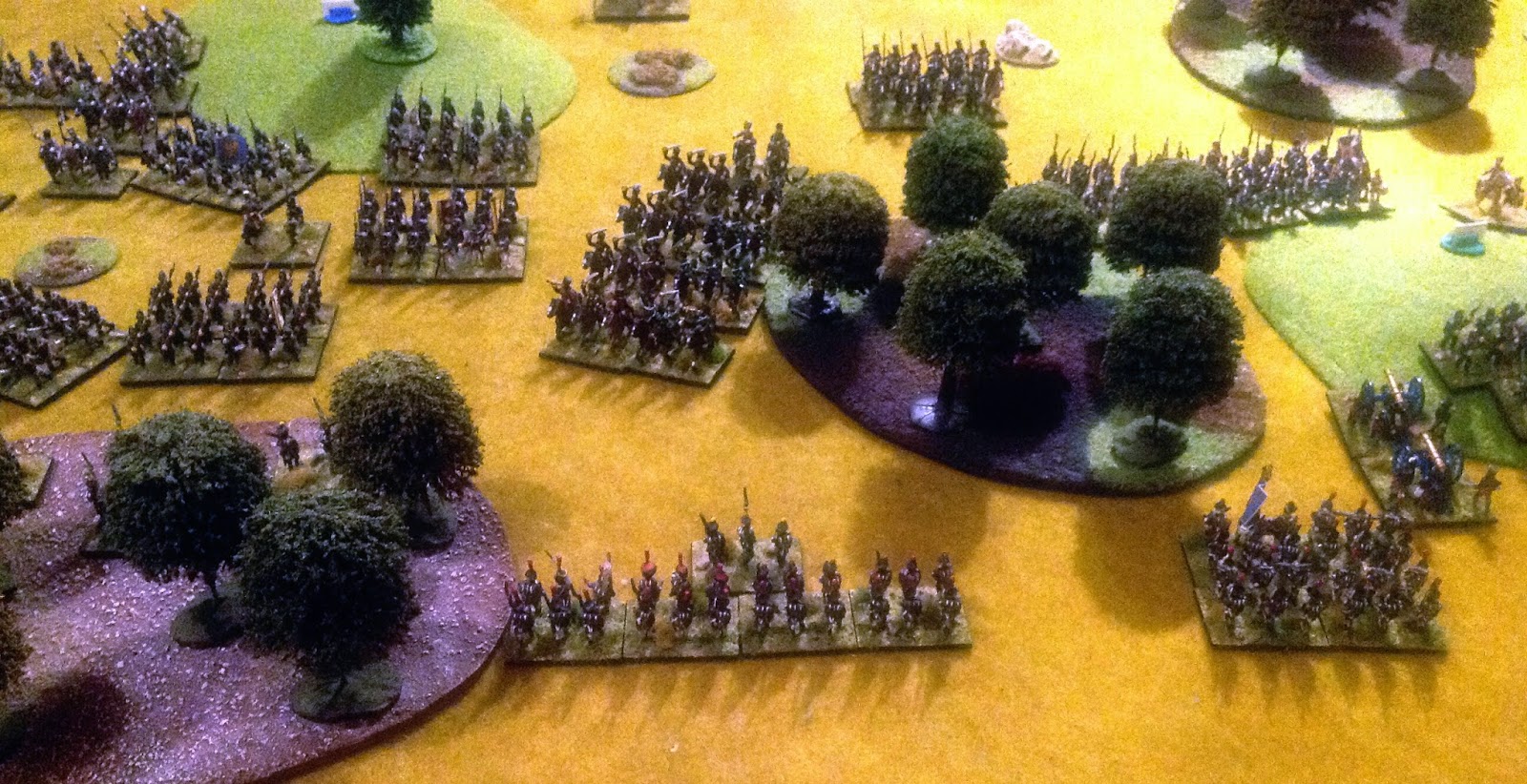 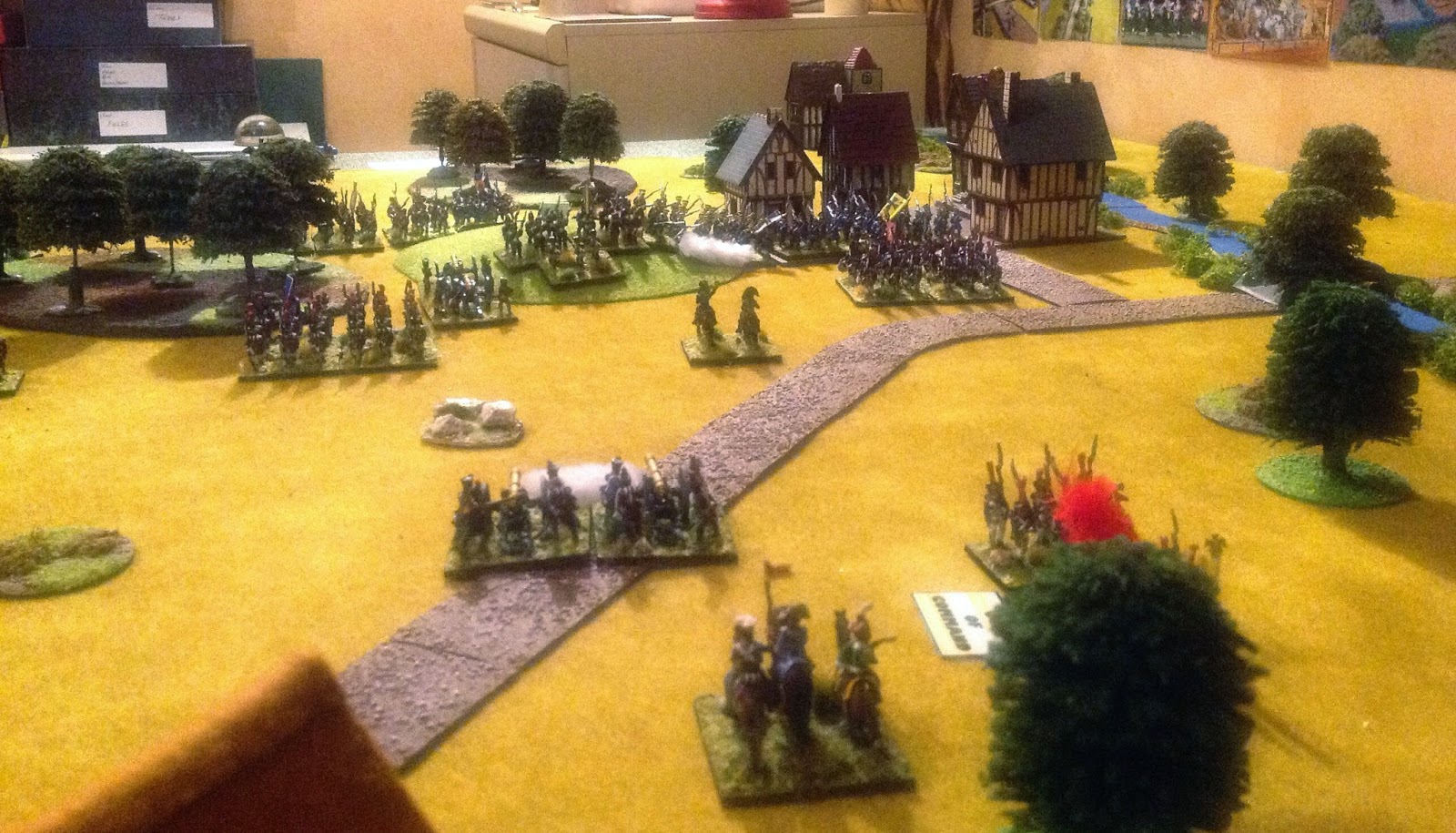 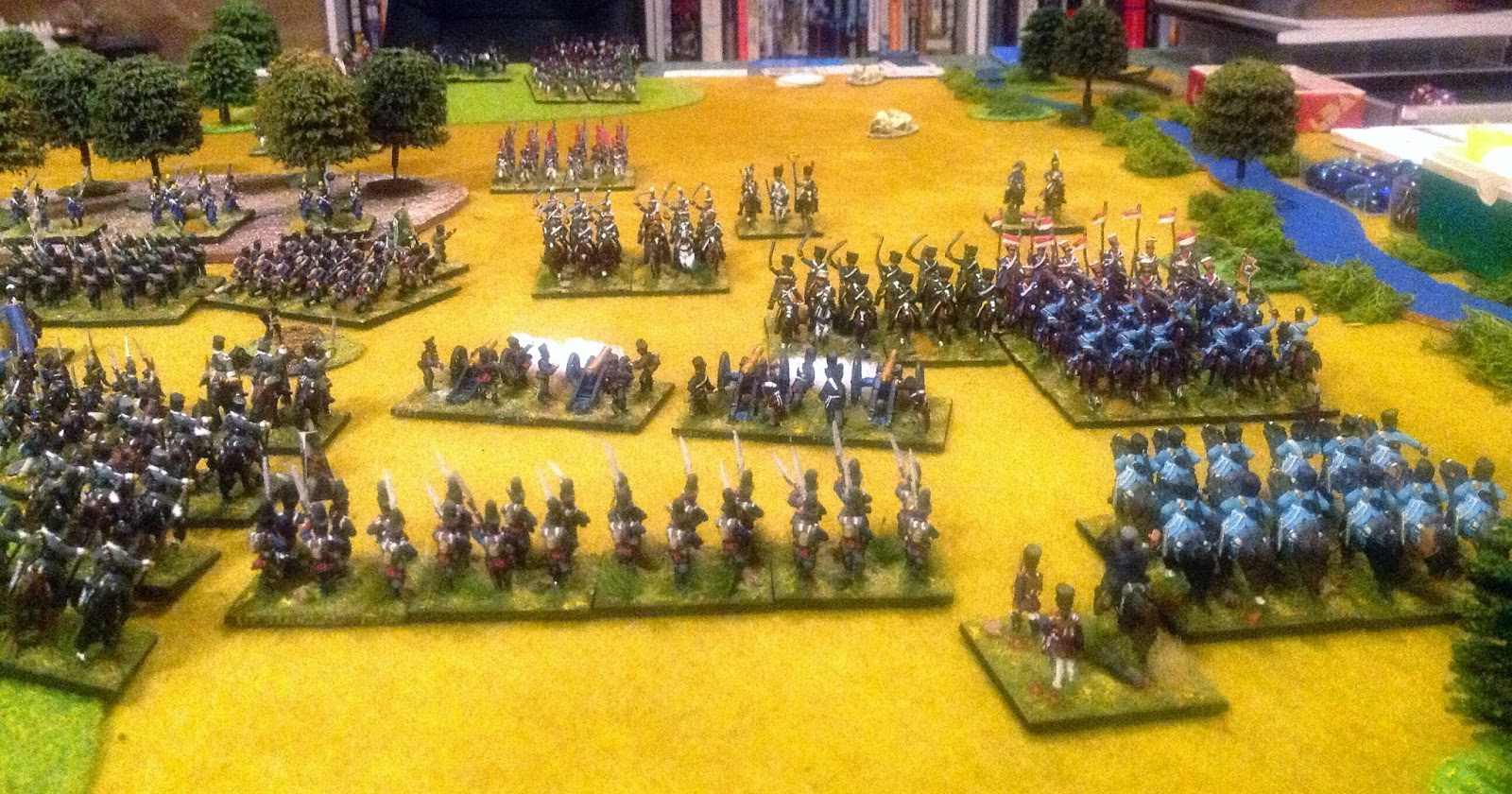 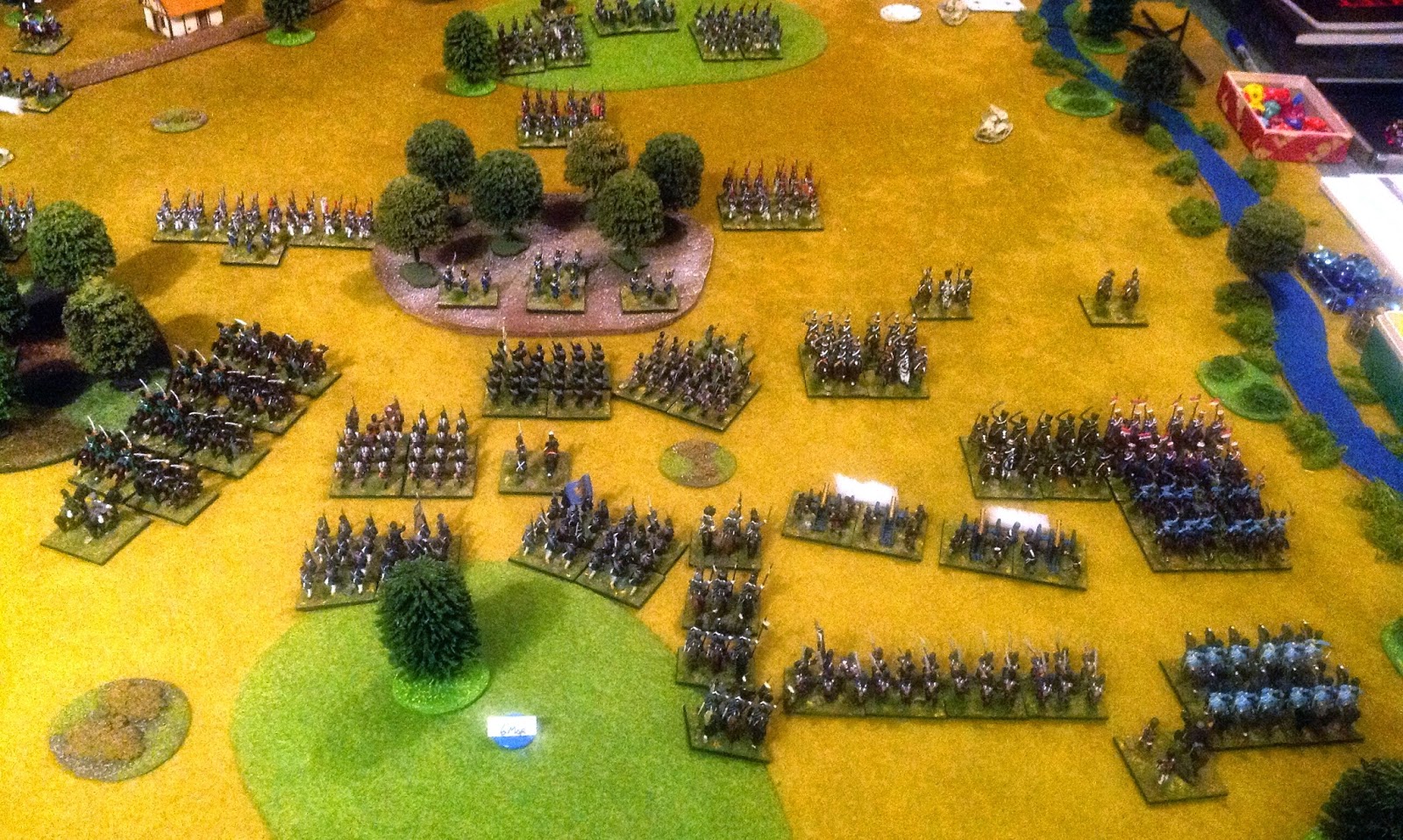 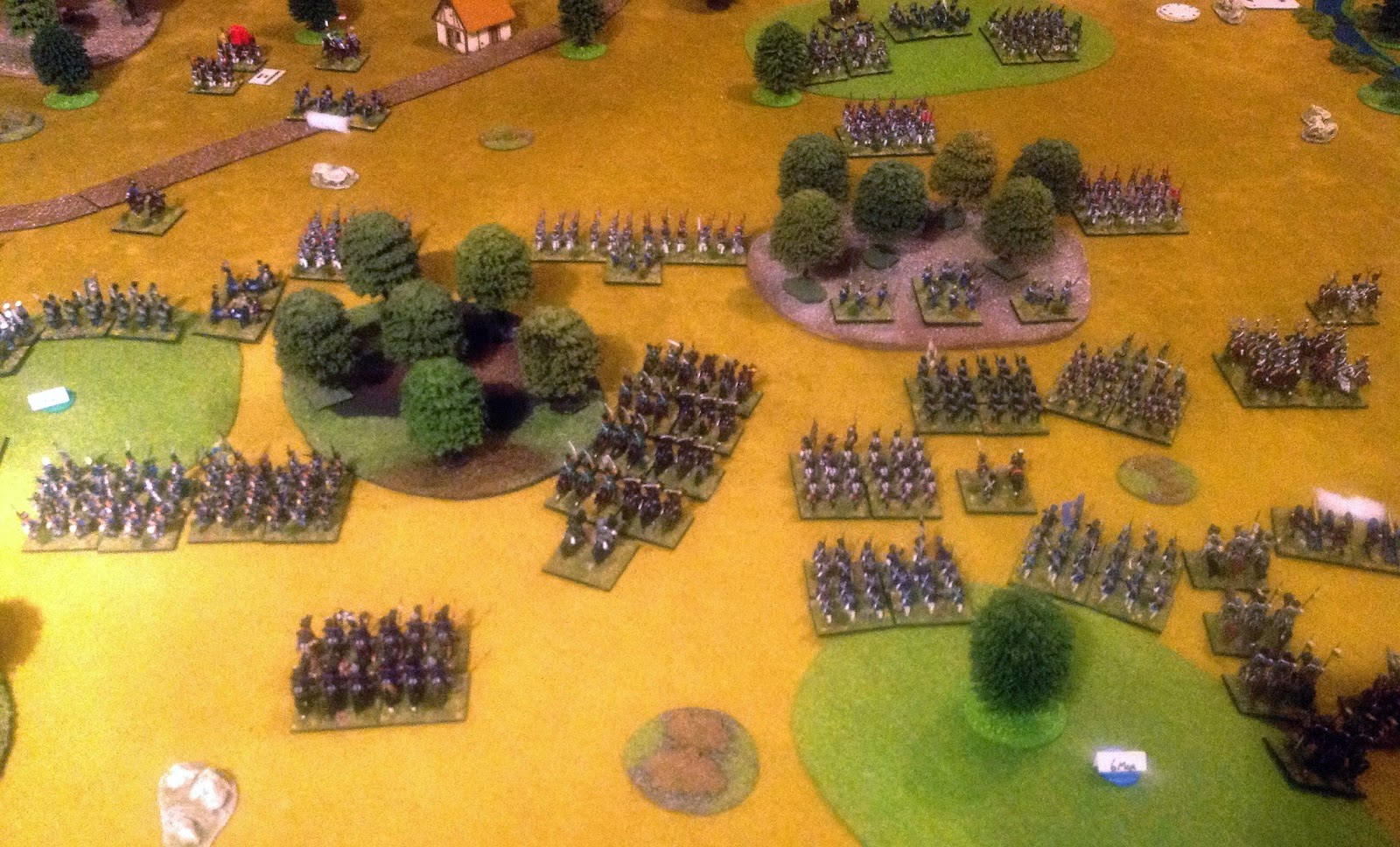 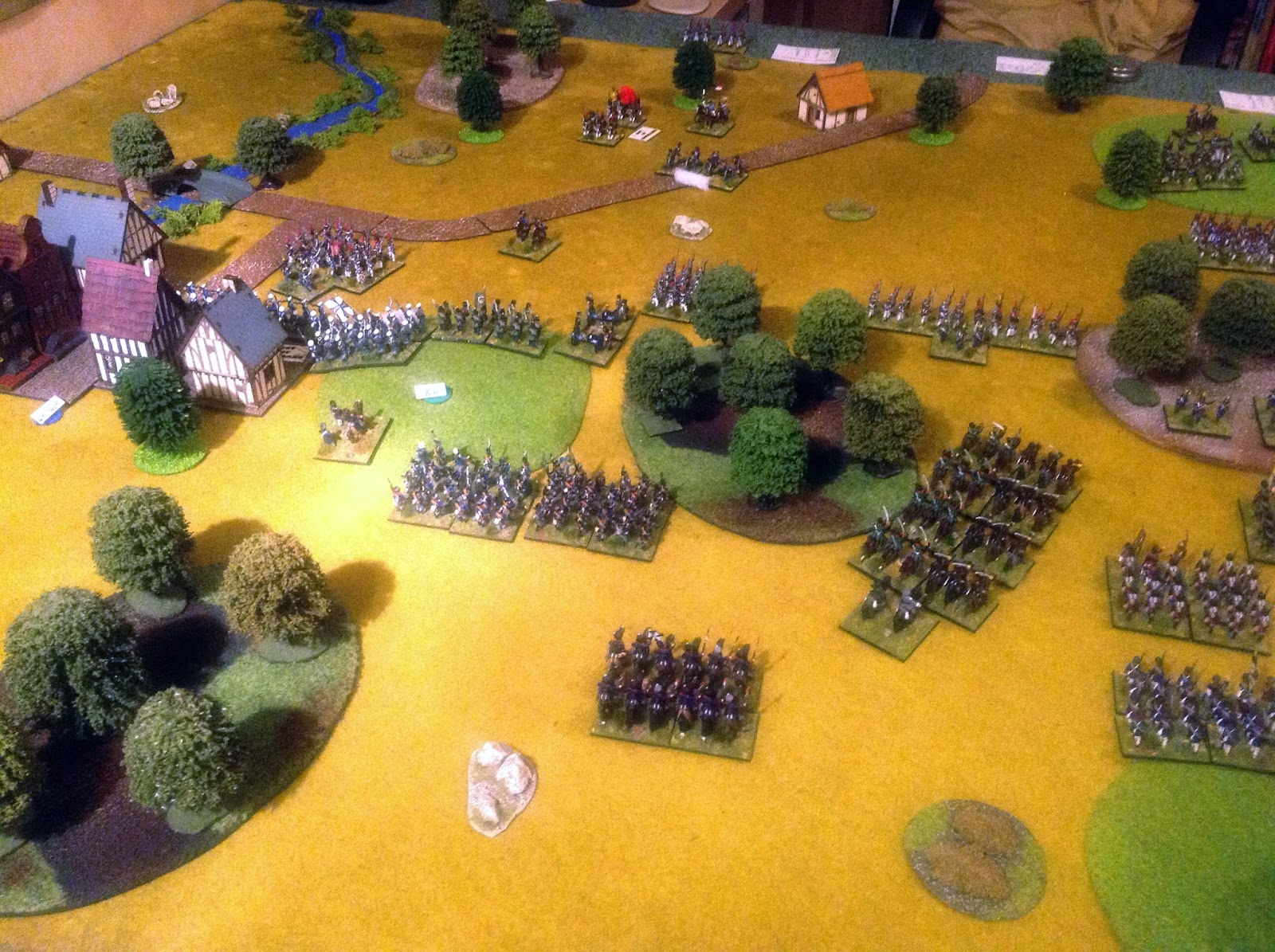