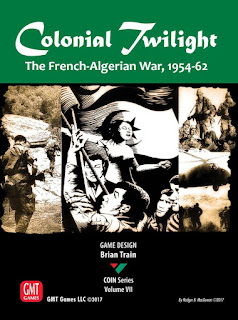 Having been enticed by the COIN system with Fire In The Lake I acquired Colonial Twilight mainly due to it being a 2 player version and the subject matter.
Managed to get a run out with it with my a Dad.
He took the FLN and I the French and another hugely enjoyable game it was.
Of course similar system to FITL but more playable with two unsurprisingly and with several nuances for the different situation.
A lot of decisions to make again and never sure (especially as new to us) what is best option regarding playing the card Events or conducting Operations and Special Activities combined with the initiative Track indicating who has first dibs on cards or actions each turn.
I managed to run out winner with French after a couple of fortuitous events coupled with a spending spree of resources to boost my Support levels in the cities just in time for a Propaganda card to appear and give me auto-win.
Great stuff. 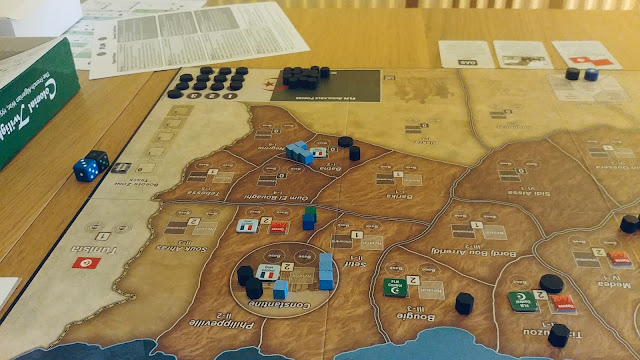 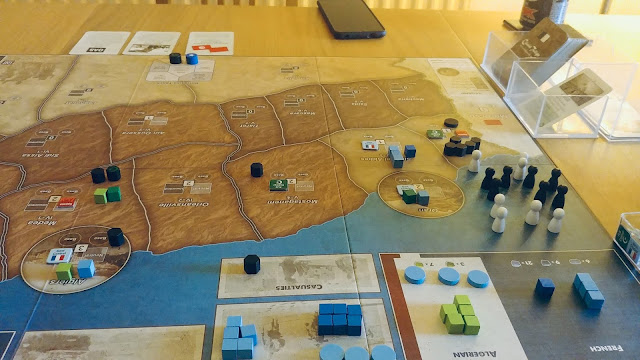 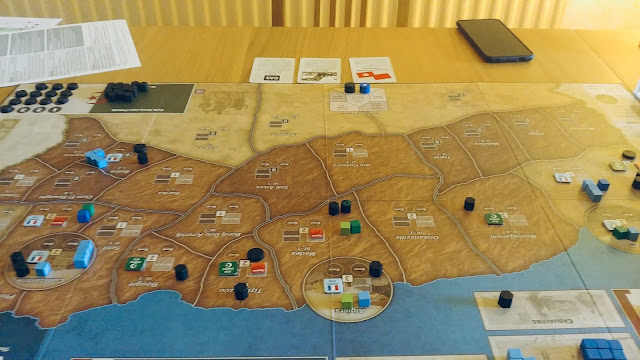