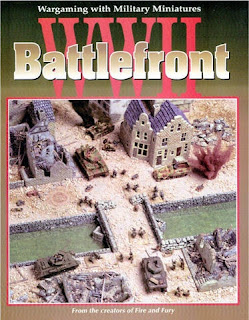 Another blast from past with a game using Battlefront WW2 rules a set we have not used since well before Blog (ie pre 2009) for reasons that escape me.
Stephen set up the Marnach scenario from rule book and I brought along the German force to battle his US defenders.
A very interesting game system based on Fire and Fury core but with obviously major changes for WW2.
The '1/2 Platoon, in-between scale' size is bit different/odd but does set the rules in niche of their own.
My German Companies consisted of basic 6 Infantry Stands 3 LMG stands and a Command stand.
As with F&F the rules are comprehensive and very well written with numerous clear examples.
Nothing overtly implausible with only the very 'hit or miss and all or nothing' close combat system raising an eyebrow.
I really like the Spotting rules with stationary, hidden units being very hard to observe to fire on effectively (in a built up area its a maximum 4"  to see Infantry often less even if they fire) which seems very WW2.
Of course in todays outing the 'dice demon' was in awesome mode rolling a tremendous amount of 8+ rolls on a D10 wiping out numerous German elements when combined with Ambush Fire and close range factors !
We played through 6 turns (ie up until US Sherman support appears) with it must be said very few rule queries (easily resolved) or problems.
Attacker simply has very little they can actually see to shoot at if enemy in cover.
Ranges are quite short with standard Infantry/LMGs firing only 10" as are Infantry moves being 4" standard (can get double actions to move 8") but this allows some maneuvering prior to contact.
All in all an enjoyable (if bloody) outing with these rules, which are essentially another playable alternative to use with our WW2 kit, not as fast play as Rapid Fire or Spearhead, but similar to Test Of Battle, Blitzkrieg Commander or Panzer Grenadier in scope yet not as low level as IABSM or Battlegroup. 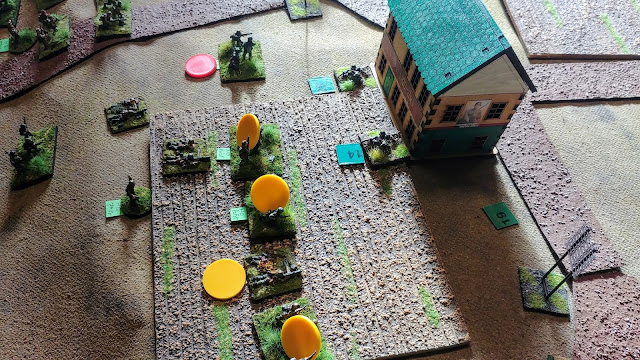 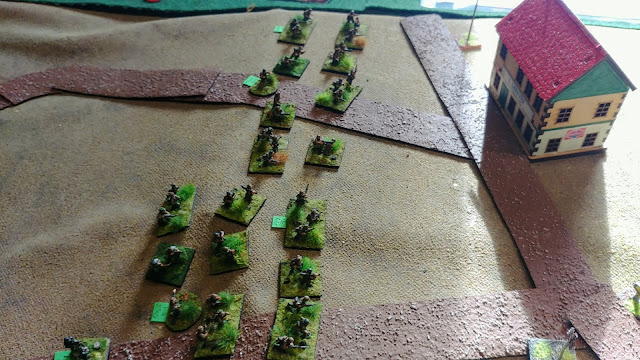 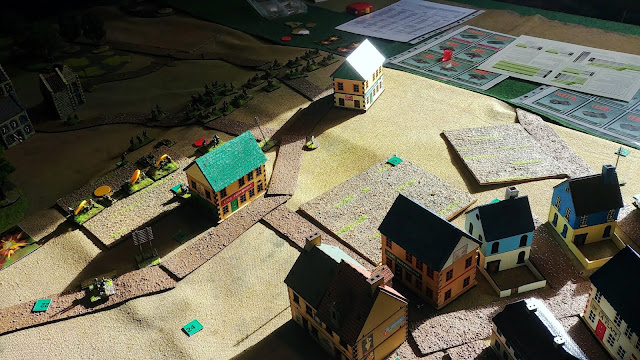 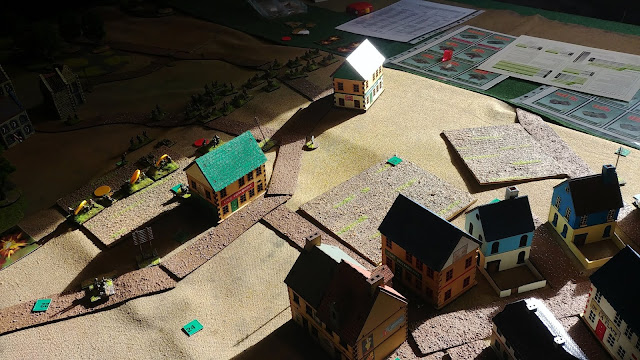 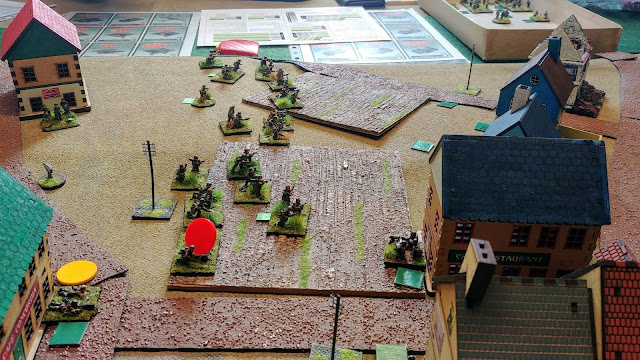