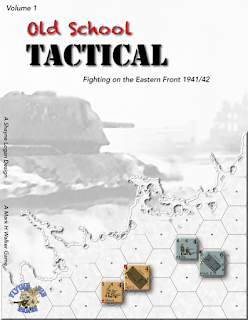 Played Old School Tactical with my Dad the first outing for this title I have had since it was published (5 yrs ago ?) but not tried.
A fairly light tactical (about same as Conflict Of Heroes) game with some very nice components.
The map is huge but only a fraction is used per scenario.
System is based around Impulse Points that are rolled for each turn and spent to shoot, move, melee (each unit can do 2 actions per turn but only 1 full move action).
Downside is a lot of Action Marker on board like Lock 'N Load system.
Movement and Shooting all very simple with a differential system (rather than odds based) and 2D6 rolls.
Morale is covered by taking a 'Gut Check' when called upon to check if Unit is Shaken or Broken, both of which can have an attempt to Rally for an Impulse Point, German Gut Check levels seems on average better than Soviet which is major strength.
All units act and are targeted individually unless a Leader is attached in a stack (max 2 units) to allow a group move or group firing (adjacent hex included), making Leaders very powerful indeed.
AFVs cannot be grouped but can 'melee' with such quirks as 'Tank Duels' with a melee hex and no overrun as such, which is different to most games.
Off-board assets/events are represented by 'Luck' cards.
We managed 2 scenarios although the first was very unbalanced with Elite Brandenburgers against 'Confused' (only 50-50 chance each stack is useable each turn) Soviets meaning it was very one-sided and a bit of a massacre.
Second scenario much better with a German Panzer column (PzIIF, Sd222) racing a Soviet force (BA10 and BT7) to a road junction.
Armour rules seemed ok with Germans having better 'To Hit' numbers, adjusted for usual movement, cover and suchlike.

All in all a fast fun game system with a few oddities but one we intend to try more of. 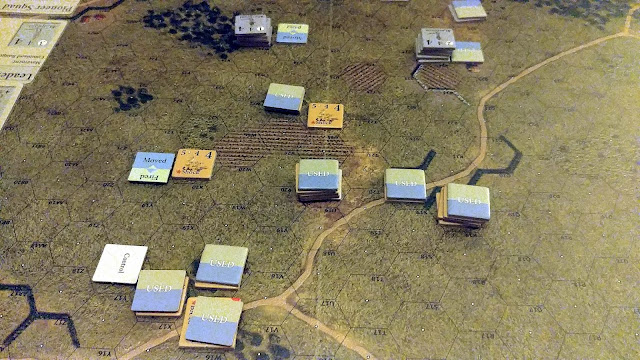 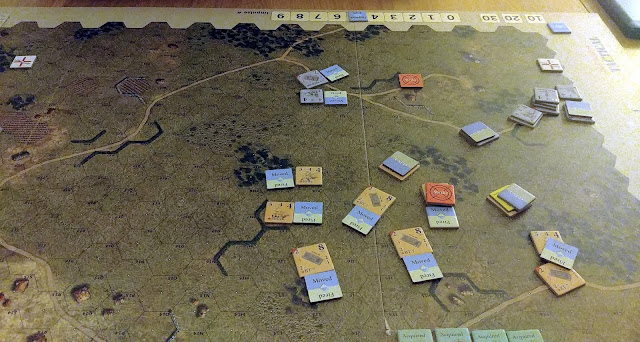 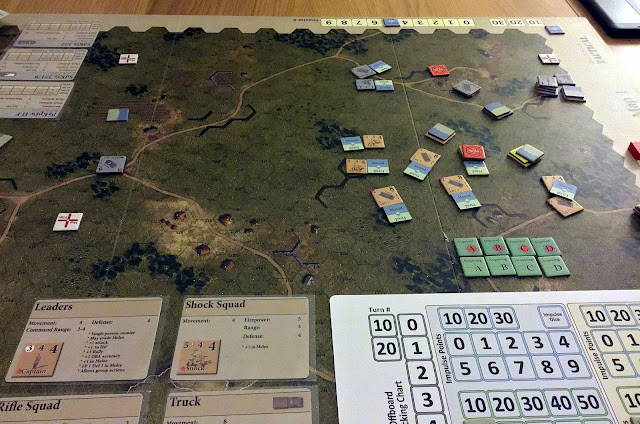 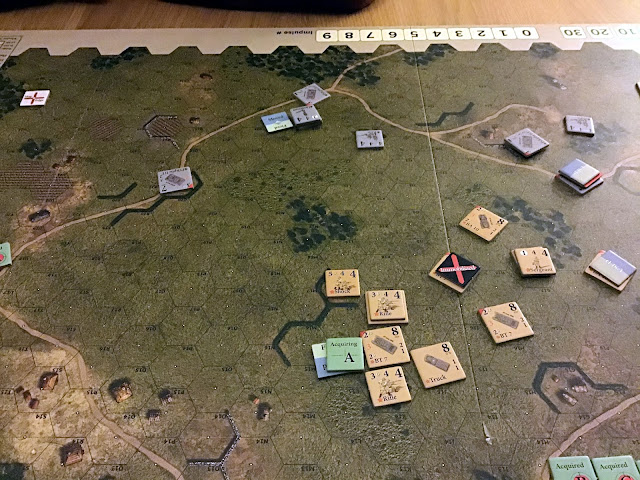 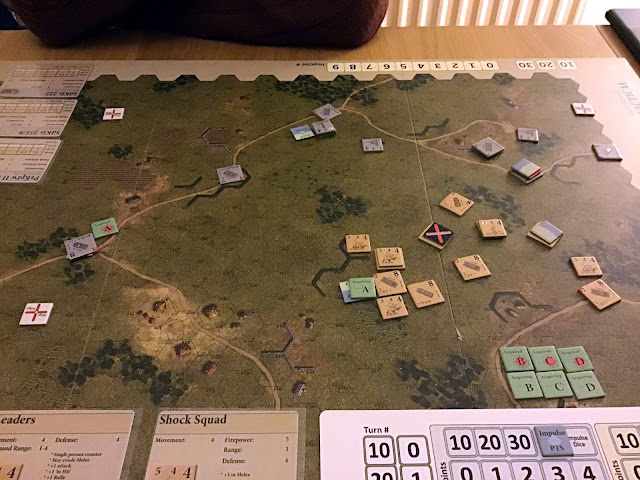 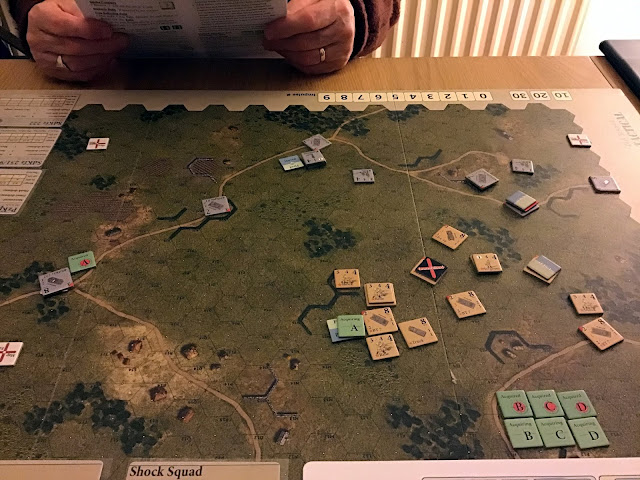