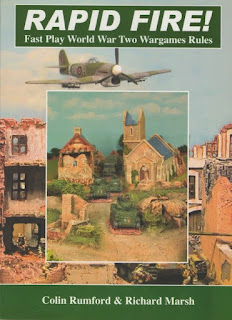 Attended Elimination Club tonight and brought along another small Rapid Fire Normandy scenario, this one set 18th July 1944 during Operation Goodwood entitled 'Olemers Counter-Attack'.
This pits elements of Coldstream Guards against 503rd Panzers, so 7 Shermans and 3 Firefly against 2 King Tigers, 1 Tiger, 1 PzIVh, a Pak 40 and a Company of German Infantry with a PzFaust and a PzShreck.
Both sides looking to 'threaten' to exit enemy edge to win in a 10 turn game.
As I brought stuff at last minute this was a nice small scenario with minimal terrain (I do like to support the club if possible putting on a game if I can).
I played as British against Chris again with command of Hun.
A short (played in less than 2 hours) sharp but very fun game it was to.
Shermans simply outclassed by the Big Cats (at best they need a 6 to hit the Royals often no possible hit if movement or cover involved) and even the Firefly struggles at range.
However the 88mm (both types) hit on basic 2+ so lot of brewed Shermans, I lost 1 Firefly with 2 others heavily damaged and 4 Shermans brewed with 1 on Light damage, but did take out the PzIV and the PAK 40 and on last shot of game the Tiger 1 and 1 Royal had heavy damage.
The German Infantry (who started hidden) had no real part to play once the British Armour retired.
Shermans were actually close to achieving their breakthrough but a 'Retire 2 Moves' Morale result put paid to that.
However all the defensive work by Germans meant they never threatened their Exit area so an honourable draw was result.
Another decent game with this fast play set which is perfect for a club game.


The field of battle with British objective the road on right visible.
British start in corner defined by other road 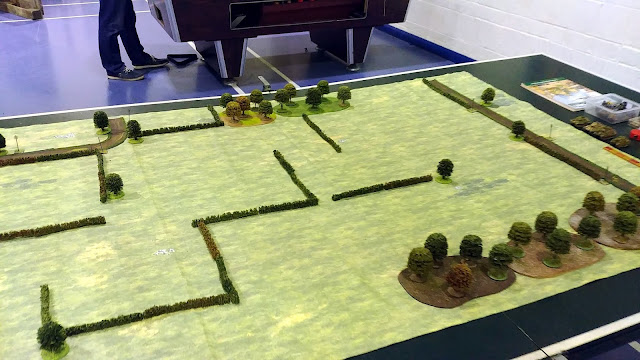 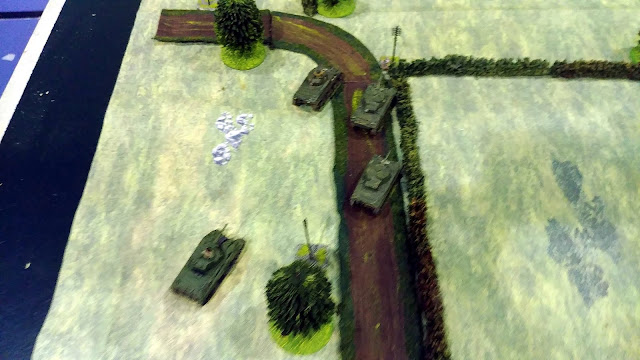 And try to use cover of open woods to advance 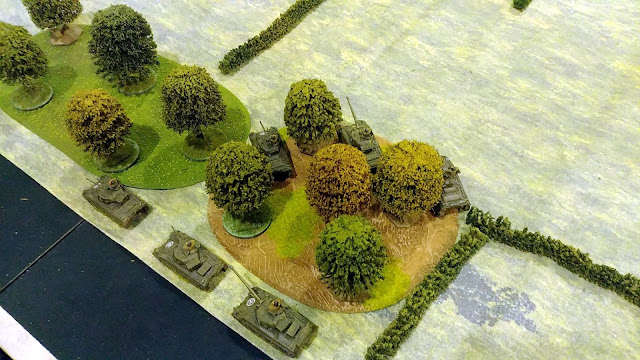 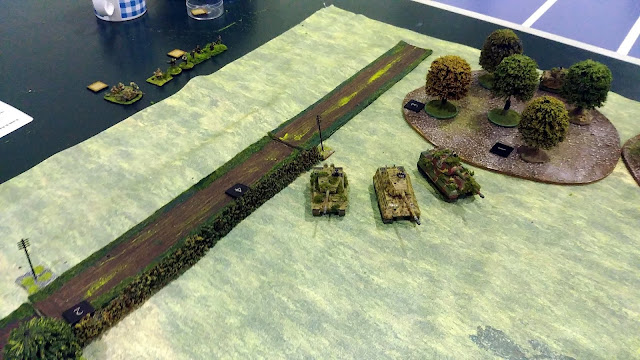 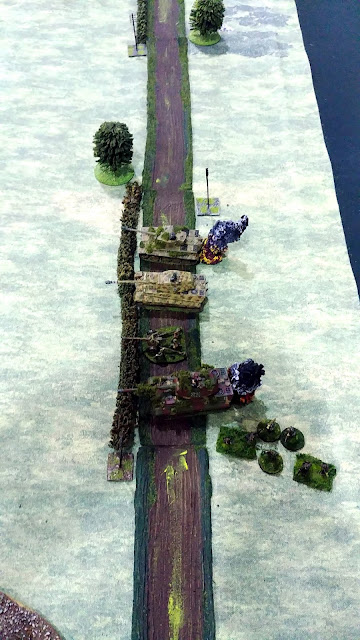 British armour has advanced on right, note Sherman and PzIVh brewed up 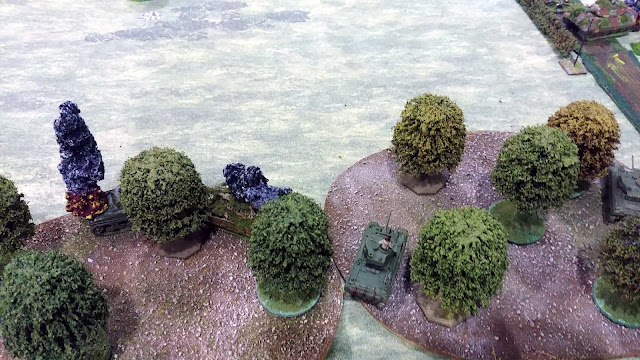 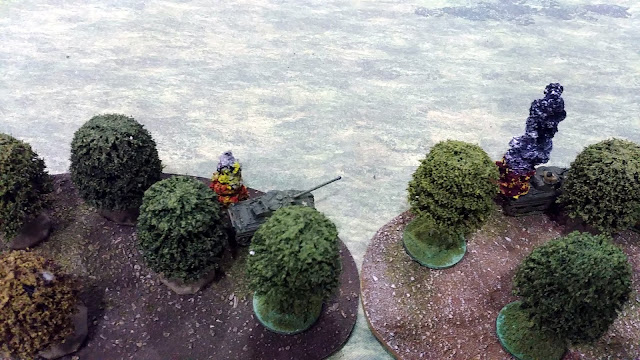 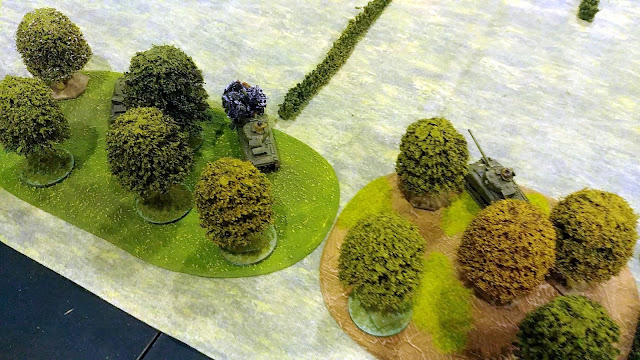 The zenith of British endeavours as a Squadron approaches the road 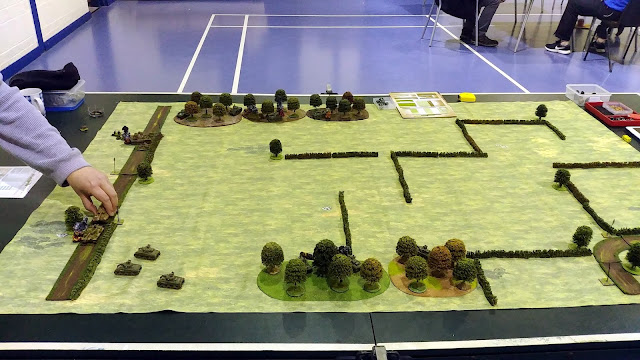 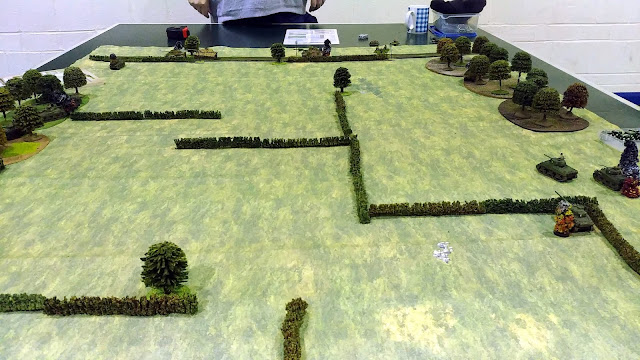 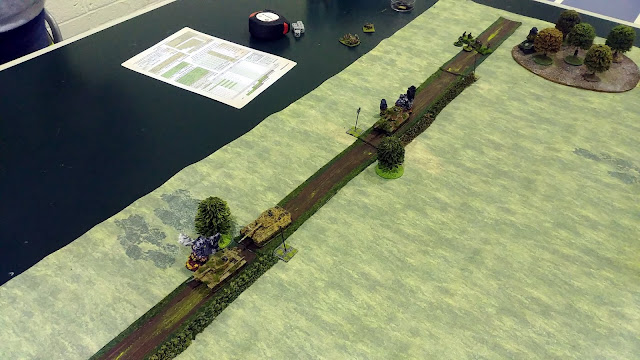 Bryn, Simon and Shane (later also Chris and Sam) were playing an ACW skirmish using 'Rebels and Patriots' and Bryns 28mm troops on a nice Cigar Box mat.
They had a quick first rattle in same time as my game but re-set for 2nd game (which I left part way through) 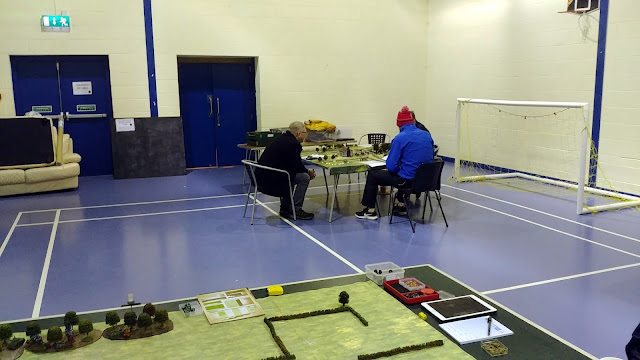 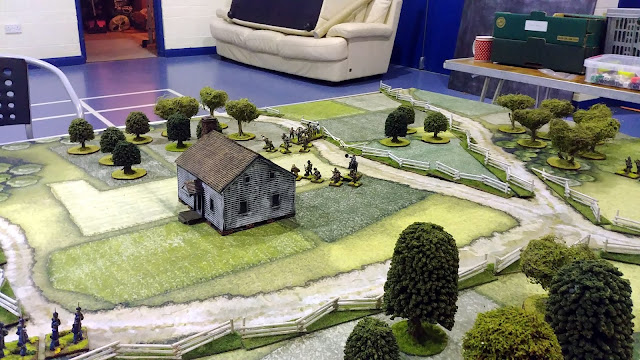 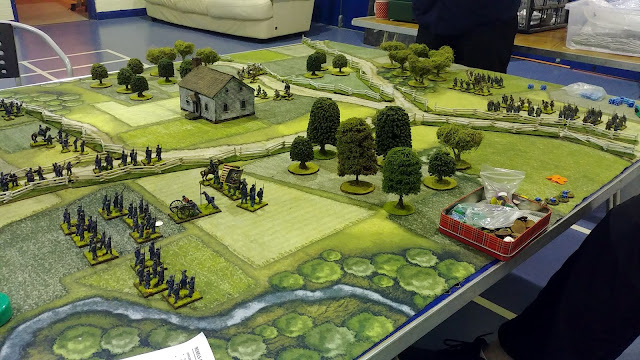 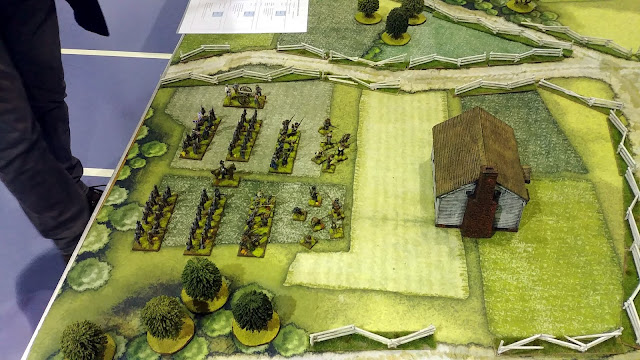 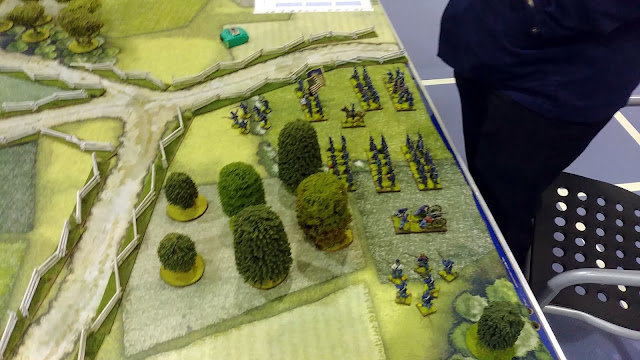 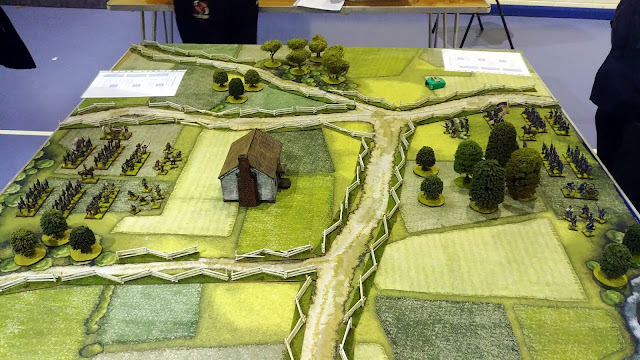 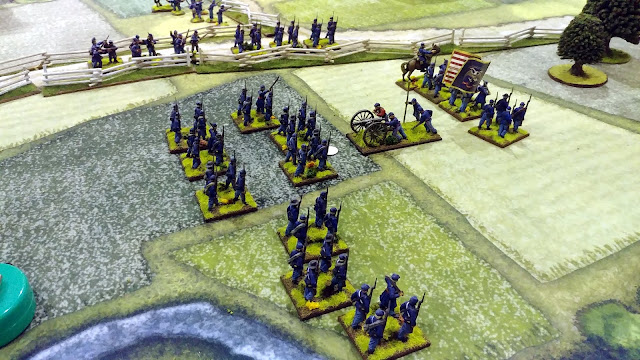 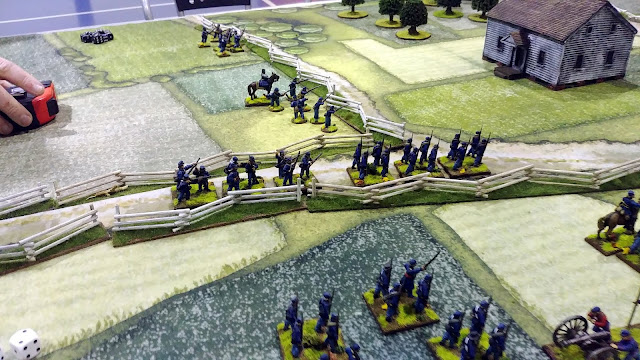 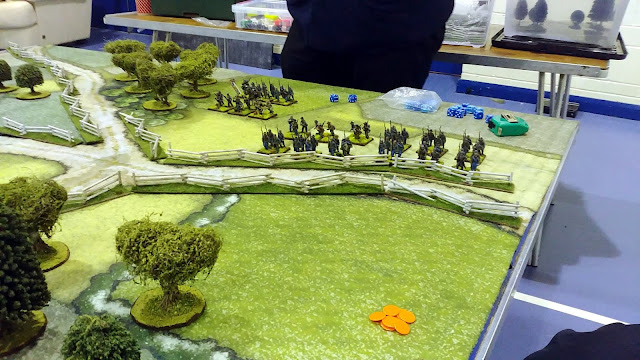